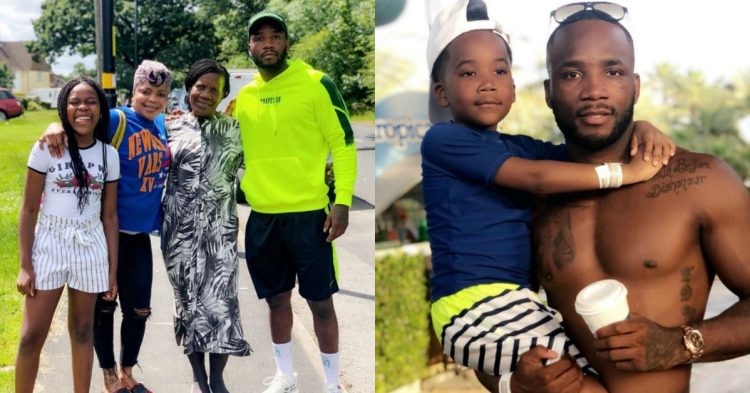 Leon Edwards is a British Mixed Martial Arts (MMA) fighter in the UFC welterweight division. Edwards is highly rated by his peers and is considered to be one of the best fighters in the weight class due to his all-around abilities. Although he was vulnerable on the ground early in his career, Leon has worked on his takedown defence and has improved his grappling a lot.

Edwards made his pro-MMA debut in 2011 against Damian Zlotnicki. Leon won the fight via TKO in the first round. However, he suffered his first career loss in the third fight of his career. Leon was disqualified against Delroy McDowell for landing an illegal knee. But he then went on to win 6 fights back-to-back before joining the UFC in 2014.

However, he ended up losing his UFC debut against Claudio Silva via a split decision. Leon then defeated Pawel Pawlak and Seth Baczynski in successive fights. While he knocked out Seth, Leon beat Pawel via unanimous decision. In his 4th UFC fight, Leon suffered the biggest loss of his career against Kamaru Usman. Leon had no answer for Usman’s excellent grappling.

Leon learned his lessons after that and went on a 10-fight unbeaten streak which included wins over Nate Diaz, Rafael dos Anjos and Donald Cerrone. Over the years, Leon has become a big star in the UK MMA scene and is one of the UK’s best hopes to bring become the next champ from the region after Michael Bisping.

Let’s take a deep dive into Leon’s personal life and find out what his journey to the UFC looks like.

Leon Edwards lost his father at the age of 14

Although Leon Edwards currently lives in the United Kingdom, he is originally from Kingston, Jamaica. They were living in a poverty-stricken country and Leon grew up around criminality. However, his father was involved in “questionable activities.” Because of his father, Leon was not hurt in Jamaica. But, he certainly witnessed a lot of crime-related occurrences.

In August of 2022, Leon Edwards sat down for an interview with ESPN journalist Marc Raimondi. He revealed that his father was shot dead in London when he was only 14. The incident had a very negative impact on Edwards, who found himself being drawn to crime.

“When I was 14, my father was murdered. He was shot and killed at a nightclub in London. It was something to do with money. I don’t know what exactly. It was some mad s—, but I knew that it could happen.”

What is the origin of his nickname ‘Rocky’ and how did start his MMA journey?

As fans already know, Leon Edwards is nicknamed ‘Rocky.’ In the same interview, Leon also revealed how his nickname came to be. He moved to the UK at the age of 5, in a crime-infested neighbourhood of Aston in Birmingham. Leon had to involve himself in gangs to survive and he fought to keep himself and his friends safe. It prompted his friends to name him Rocky.

“It was mostly fighting. I fought to defend friends, I fought to intimidate and I fought because of beefs. I fought all the time. That’s why my nickname is “Rocky.” I got that from school. That’s before I got into MMA. I got it just from scrapping in the streets.”

Leon Edwards revealed that he started his MMA training at the age of 17 when his mother enrolled him in a gym. The name of the gym was Ultimate Training Center which was located in Erdington. He expressed his gratitude to his mother for making him join the gym which ultimately stopped him from choosing a life of crime.

“When I was 17, my mother and I were walking in Erdington, the part of Birmingham we moved to after Aston. There was a gym being built there, Ultimate Training Center. They were going to train MMA fighters. My mom wanted me to join to get me off the streets.”

Leon Edwards has a son named Jayon Edwards who is 6 years old. However, the information regarding his dating life is very scarce and the identity of Jayon’s mother is unknown. Leon seems to keep his current girlfriend’s identity secret to give the person some privacy.

Because of the way Leon grew up, he has promised to give his child a very safe and comfortable life that he never had. It just goes to show that Edwards has come a long way since his dark days and is determined to become a better person.

Leon Edwards also has a brother who fights in the middleweight division, Fabian Edwards. Fabian was born on March 24th, 1993. He can be seen with brother Leon whenever Rocky has a fight coming up. Fabian is yet to make it to the UFC, however, he has done well for himself in Bellator.

Nicknamed ‘The Assassin,’ Fabian made his pro-MMA debut against Rafal Cejrowski. He beat Rafal with a flying knee in the first round. The 29-year-old has a record of 10-2 and if he can keep winning, it will not be too late before he joins his brother in the UFC.