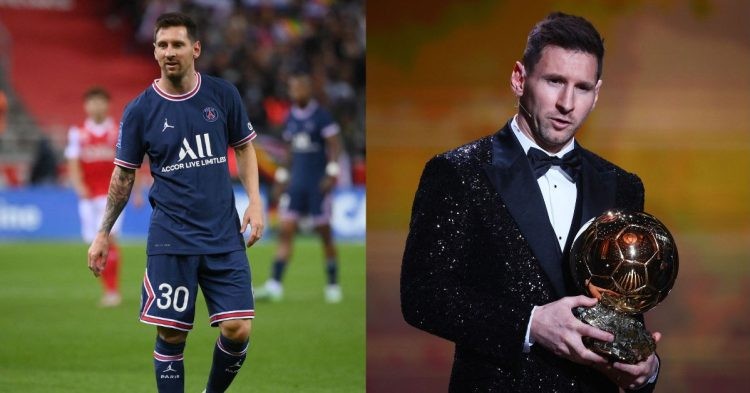 In the beautiful game, we have seen so many players on the stage. There have been players who have conquered that platform and there have been ones that failed to do so as well. Adding on to that, two players have been completely out of the conversation as well. Lionel Messi is one of them.

Leo currently plays for the French club Paris Saint-Germain, after leaving Barcelona last year to partner up with Kylian Mbappe and Neymar Jr. His relationship with the Catalonia-based club ended after 24 years, including his academy years. Messi spent the most successful period of his career with Barca, where he won 35 major trophies.

Messi‘s success has mostly come from his hard work and talent. But at the same time, he would like to think that his religion played a huge part in it as well. Speaking of religion, what is Messi’s?

The seven-time Ballon d’Or winner is a Christian Catholic. He has followed the same religion since birth, as did his parents and siblings. Messi was born in Rosario, Argentina. According to a survey, about 79.6% of the South American country’s citizens are Christians. There is no surprise that Messi is a part of the majority as well. To pay respect to his faith, Messi even has a tattoo of Jesus Christ in a crown of thorns on his right arm.

When you are extremely good at something, it is only a matter of time before fans start addressing you as “God”. Although some may not be happy with it, the title acts as an honor to let them know how brilliant they are at something. Similarly, many fans have called Lionel Messi “God” or “God of Football” over the years.

We know how much of a genius he is on the field. But it seems like he doesn’t like fans calling him God. In an interview with RAC1, he said, “I’m not worried by it, but it’s true that I don’t like it. It’s nice to be praised because people are being respectful. They don’t say it with any ill intent, but actually, with the complete opposite. But I think it’s very exaggerated to call me that.”

One of the main reasons why Messi does not prefer the term is because of his children. “My children, who, at that age, listen and repeat everything,” Leo said. The 35-year-old has always been down to earth and we all know how humble he is. His take on the God term will make fans respect him even more than they do now.