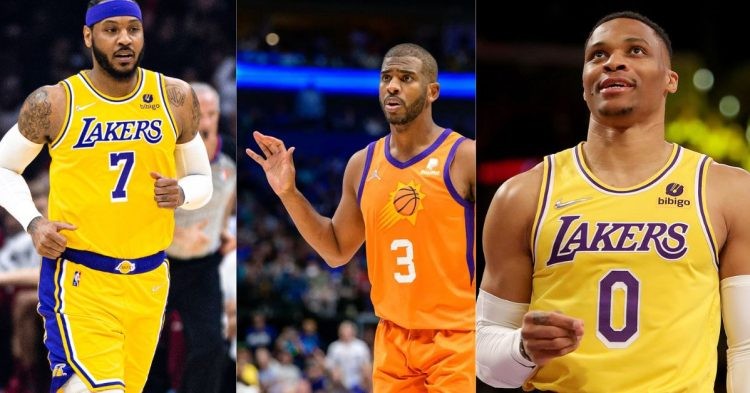 The Jordan brand is associated with great play in the NBA. It is no surprise that they exist; thanks to one Michael Jordan, who is perhaps, the most iconic and revolutionary player the NBA has ever seen.

MJ’s popularity and greatness translated to off the court as well. There are several players in the current league, who represent the very brand even today.

It is important to know that Jordan is actually considered to be a part of the Nike Company. In simple statistics, MJ owns about 11% of Nike, due to his associations with the promotion of the brand. This confusion must not persist as some people may consider Jordan and Nike to be completely different.

Who has the most signature shoes with the Jordan Brand?

It is truly interesting to see that Carmelo Anthony has released the most signature shoes with this brand. The shoes are priced at around $125. He is the oldest veteran on this list and has shifted teams several times. Be that as it may, the brand has been most consistent and rewarding towards him. He is followed by the “point god” Chris Paul.

CP3 has released 12 signature shoes throughout his whole career. They cost roughly between $68 and $100. Russel Westbrook has released his signature deal with 6 shoes so far.

Additionally, Brodie’s shoes are priced between $140 and $200. One must wonder how CP3 doubles Westbrook’s numbers when it comes to signature shoe deals.

Luka Doncic and Zion Williamson are the two newest members added to this list. Their shoes are priced at $110 and $140 respectively. Moreover, both of them have released only one signature shoe with the brand so far.

This could be because they have had much shorter NBA careers in comparison to the other stars on this list. Especially Zion, due to injuries. We are likely to see several more shoe deals from these two, provided they have long careers.