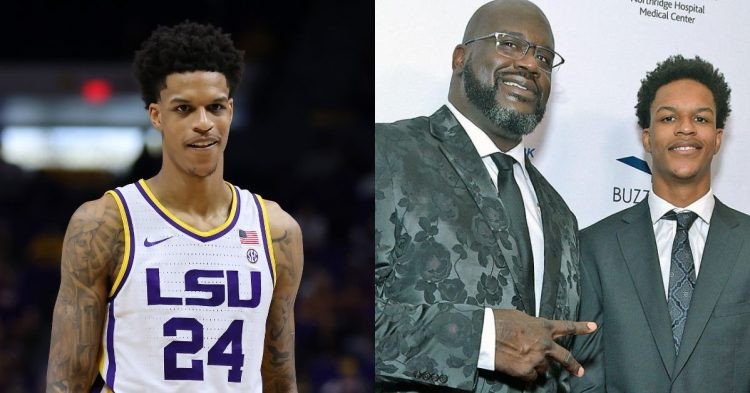 The NBA 2022 draft class has been assigned, and top prospects have been picked up. With the Number 1 overall pick, the Orlando Magic selected Paolo Banchero, a 6’10, 250lbs beast.

However, as the NBA 2022 Draft came to an end, only 58 prospects were able to make their dream come true. Many hoopers’ dreams will hang on, and they will hope they are selected as undrafted free agents.

Undrafted rookies or undrafted free agents are prospects who were not originally drafted by any team in the official draft class. They now have to go through workouts and training with the teams to get selected.

These players will have to go through workouts in order to get selected by the NBA teams or even get selected for their B teams in the NBA G League.

Shareef O’Neal, son of Lakers legend Shaquille O’Neal was drafted by the Lakers to play for the summer league, as reported by The Athletic’s Shams Charania.

Shareef has had a rocky career in college and school. In his college UCLA, he only averaged 2.6 points per game. During his time at UCLA, he had an urgent requirement for heart surgery which can be a big reason why his stats may not show his full story.

In his 3 years split between LSU and UCLA, he never played to his maximum potential. Shareef O’Neal last year was no different as he only played a total of 129 minutes, which is why his father wanted him to stay in school.

However, Shareef O’Neal is blessed because his father’s old team, the Lakers, with which Shaq won 3 championships is willing to give him another chance.

They have added him to their Summer League squad. This might be his last big chance to prove to teams that he can ball and can be a solid addition to anyone’s team. Scotty Pippen Jr. was also signed with a two-way deal by the Lakers, as reported by The Athletic.