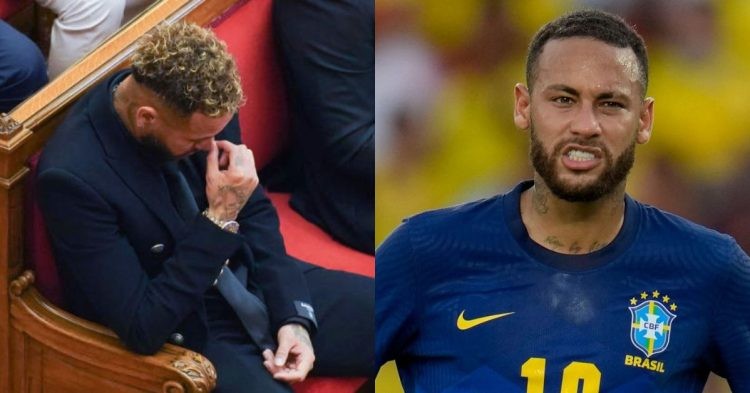 Neymar set to testify in trial on Tuesday (Credits : Yahoo and SkySports)

Neymar Jr is one of the biggest names on the planet. His move to PSG for $218 million was a world record. However, his $83 million move to Barcelona from Santos has come under scrutiny from Spanish authorities. The Brazilian and eight other defendants are on trial for fraud and corruption.

Neymar, his parents, representatives of Barcelona and Santos, former Barcelona presidents Josep Maria Bartomeu and Sandro Rosell, and former Santos president Odilio Rodrigues are all under trial. All the defendants have denied any wrongdoing. Neymar is set to testify in court later today.

The case was initially made by the Brazilian investment fund DIS. It owned 40% of the rights to Neymar during his time at Santos. It claims it lost out on its rightful cut to the player’s transfer fee because the deal’s value was understated.

The investment fund is seeking a total of $146 million fine in total, a five-year prison sentence for Neymar, and for him to be disqualified from playing football for the length of any sentence given. DIS claims the deal was understated by $64 million by the defendants.

Neymar’s defense argued that the crime of corruption between individuals was not punishable in Brazil. They hence put forward the defence that the Spanish authorities have no jurisdiction in the matter because the transaction took place in Brazil.

Fans reacted to this news as well.

They were also shocked at the high percentage of the transfer fee DIS wanted.

40% damn I’d want a transfer also damn that’s nearly 50% isn’t that a bit greedy??? I can’t see him loosing some law suits are just rediculous and wanting him to do jail time, WHO ARE THESE PEOPLE 😡

People are also questioning the motives of the Spanish authorities.

What the hell is it with accusations and charges of corruption, fraud, and tax evasion from celebrities in spain?? First @TeamMessi. Then @shakira. And now @neymarjr?? I’m starting to think it’s not the celebrities but the government trying to go after those who leave Spain.

Neymar is set to testify today instead of Friday due to PSG’s Ligue 1 match. More updates on the case are yet to come and it will be seen whether this will in any way impact Neymar’s preparations and appearance in this year’s World Cup.