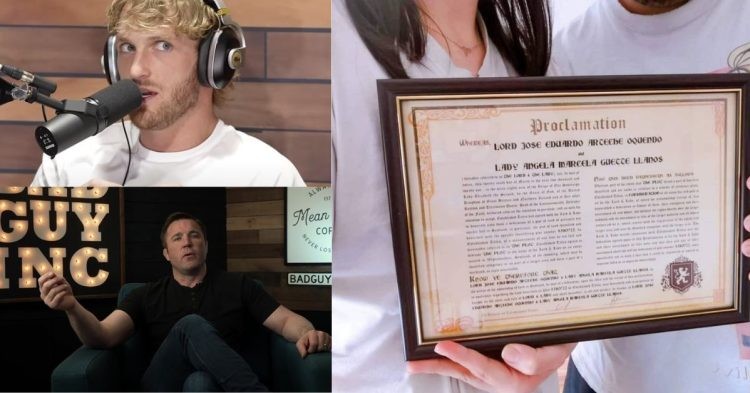 In a recent controversy, some famous influencers and YouTubers have been caught promoting Established Titles, which apparently has been branded as “scam”. The company has been sponsoring prominent content creators and through their videos, many people have bought but later realized the company is fraudulent or so it seems.

Apparently, Established Titles allow someone to buy a piece of land in Scotland and the owners would also obtain the title of ‘Lord’ or ‘Lady’. Some YouTubers like Scott Shafer thoroughly investigated the company and concluded that the buyers are getting fooled.

Famous YouTubers like Logan Paul, Chael Sonnen, Ben Shapiro, Matt Walsh, YMH Studios, The Film Theorists, Doctor Mike, Isaac Butterfield, etc. have promoted the scam company in their videos. Moreover, a creator revealed that they were offered $3,500 for a single 60 seconds ad by the company.

Other well-known content creators who promoted this alleged “scam” are Graham Stephan, Andrei Jikh, The Quartering, SomeOrdinaryGamers, and Nikocado Avocado to name a few. Check out the video below to see who promoted this “scam”:

The company reached out to prominent YouTubers to broaden their customer scale and get recognized. However, it was later revealed that the company is somewhat fraudulent but it’s not entirely a “scam” as the big picture is there.

All you need to know about Established Title “Scam”

According to the information found by Shafer, the Scottish Government doesn’t even recognize Established Titles, and obtaining the title is not possible because of complex customs in the country. The buyers will not legally obtain any land and the title they would obtain is just digital certificates with no real value.

The company was investigated by Shafer and he found out that it was a shell company based out of Hong Kong and owned by Galton Voysey and William Wolfram. Other companies by the owners are also facing several lawsuits for fraudulent activities.

Owners who obtain the digital certificate is nothing more than novelty certificate but it claims that the company is directly associated with planting trees as it is linked with One Tree Planted and Trees For The Future.

However, they do not plant a tree instead they just give the buyers a novelty certificate which also costs extra and even more for a physical certificate. Check out the video by Scott Shafer below:

Prominent creators promoted this alleged “scam” without doing any research and through their massive subscribers the company got many customers who got “scammed”.