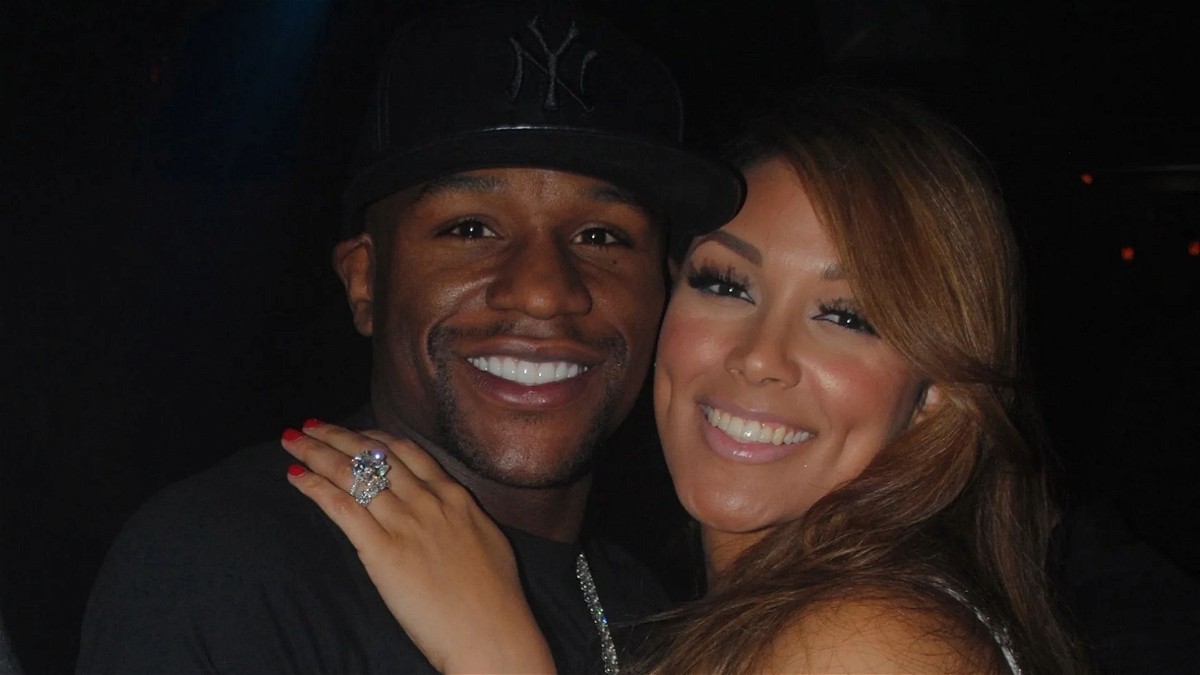 Floyd Mayweather is arguably the greatest boxer to ever grace the boxing ring. The undefeated American boxer was the biggest star in boxing during his illustrious career that saw him secure 50 straight victories in his professional boxing career. The former Olympic silver medallist has time and again proved his incredible athleticism, his quick movements, and his flawless counter striking to emerge as the greatest boxer to ever grace the ring. 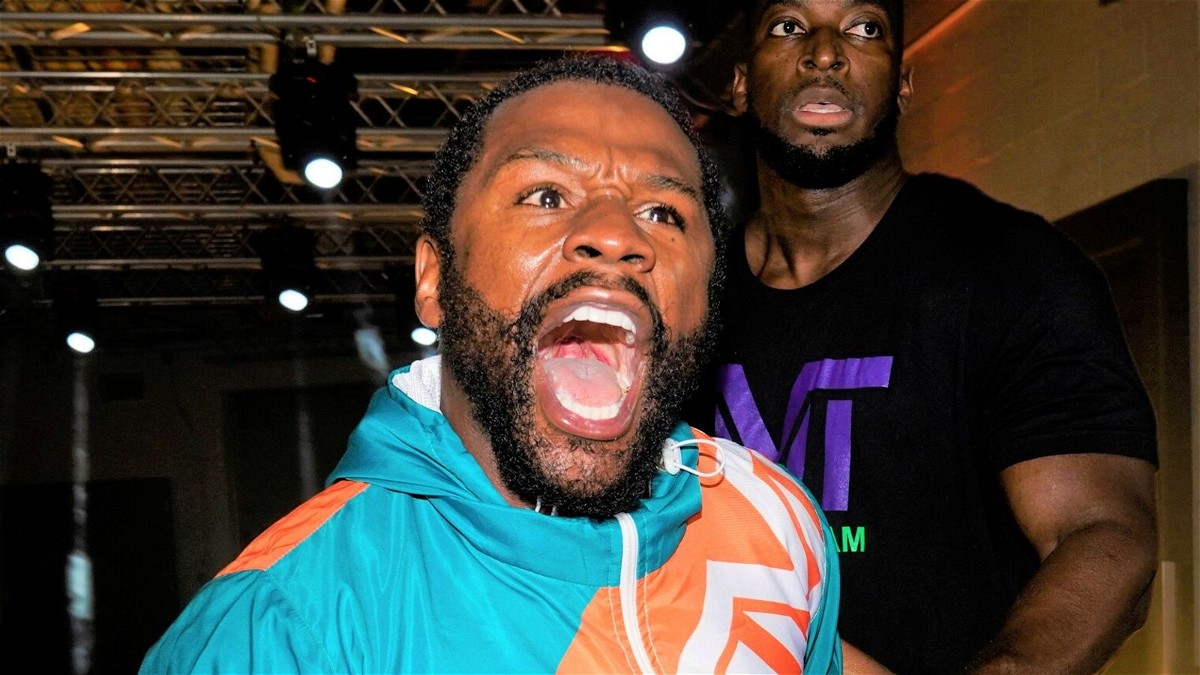 However, the former boxing champion’s life continues to be marred with controversies. Mayweather’s violent past of domestic violence has made him the center of several controversies.

He served two months of a three-month sentence in prison in 2012 after attacking his ex, Josie Harris, two years earlier.

Floyd Mayweather served a two-month of a three-month prison sentence back in 2012 for attacking his ex, Josie Harris. Mother to Floyd’s kids, Josie Harries has explained the horrific incident in unpublished work. She explains how Mayweather beat her up in front of her their kids Jirah, Koraun, and Zion who were ahead just seven, 11, and nine at the time. 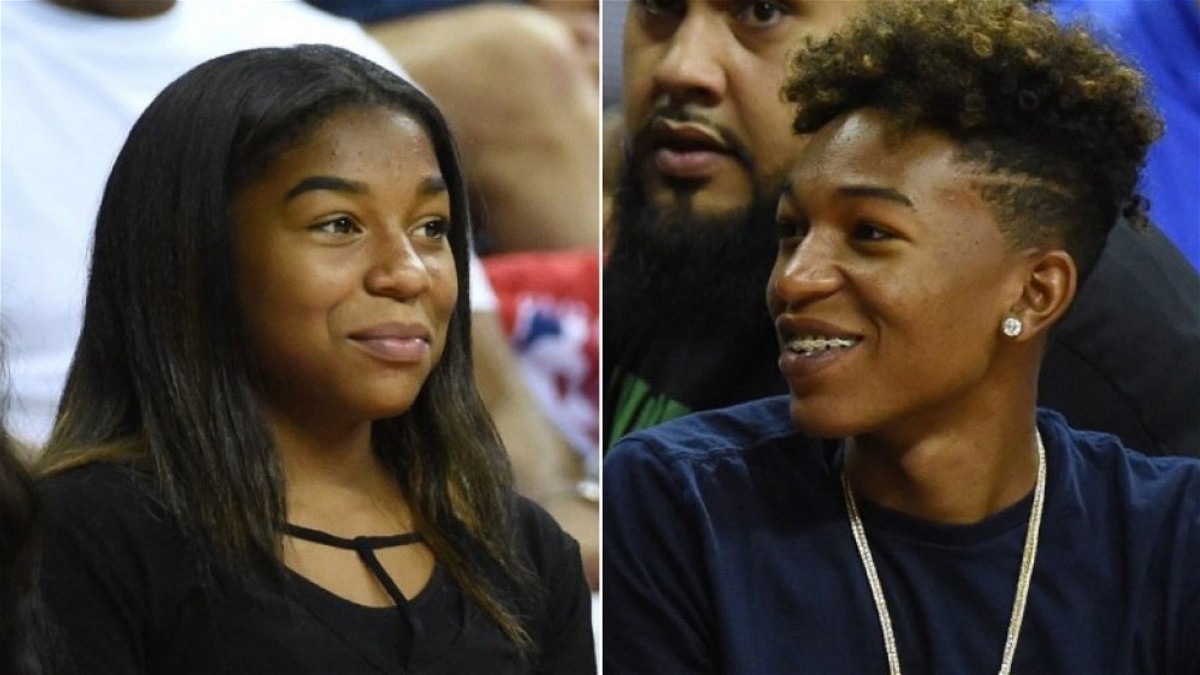 According to the account, Mayweather attacked Josie Harris while she was sleeping. He grabbed her by her hair and dragged her around the floor of the room in his house in Las Vegas in front of the kids. Josie explains how he dragged her “like a rag doll” and punched her repeatedly to her head. Harris recounts Floyd was screaming “I’ll f*****g kill you” while hitting her as the children begged him to stop.

It was Floyd and Harris’ Koraun, then aged 10, who managed to jump out of the window and ask the security for help. As soon as the call to 911 was made, Floyd fled the apartment in his car.

“He had hit me before and I had been violent toward him in our relationship.”

“But, I knew this had to be the last beat down.” Harris wrote.

Back in 2005, Mayweather also stood trial for allegedly punching and kicking Josie while dragging her out of his Bentley by her hair. However, Josie changed the story during the judgment as Mayweather was acquitted of the charges.

How did Floyd meet Josie Harris?

Floyd and Josie first met at a bowling alley back in 1995 in Las Vegas. Floyd was just 19 at the time, while Josie was aged 16. The couple began dating and despite the several ups and downs continued to live with each other for quite a long time. The couple also has three kids between them. However, Josie recalls how her relationship with Floyd has been volatile, recalling that the former champion has abused her multiple time during their relationship. 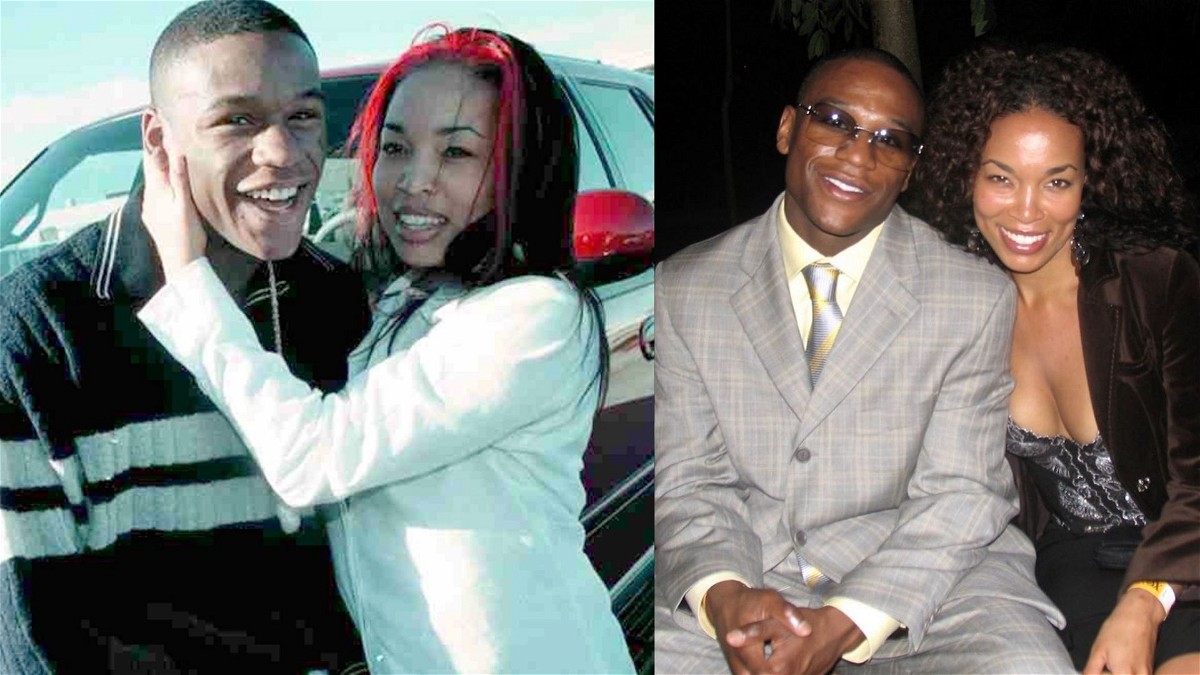 Mayweather and Josie Harris have grown up while being in a relationship. Needless to say, Floyd Mayweather was not as famous as he is now and was yet to become the greatest boxer of all time.

The tragic death of Josie Harris

Josie Harris was found dead back in March of 2020 in her car by one of her kids. The news of her death shocked the entire world, and at just 40 years of age, Mayweather lost the mother of his three kids. Mayweather has spoken about the tragic demise of her girlfriend on various occasions, referring to her as “my angel”, “my heart”, “my sweetheart”, “my love”, “my rock”, “my family.”

Despite the ups and downs, Mayweather has always held great regard for Josie Harris and in her death wants to remember her as the rock that she was to his life.

“And I’ll say this every day, just for her to come back, I’ll give it all, man.”  Mayweather has said.

Floyd Mayweather was charged on two accounts of battery when he punched his girlfriend and mother to his daughter Iyanna in a Las Vegas shopping center. Mayweather pleaded guilty to the account and was also referred to take “impulse control” counseling sessions. However, all the charges were dropped and Mayweather received a suspended sentence for the same.

Also Read: “Next Time You Are Gonna Be in a Neck Brace”- Floyd Mayweather Threatens to Hurt Jake Paul 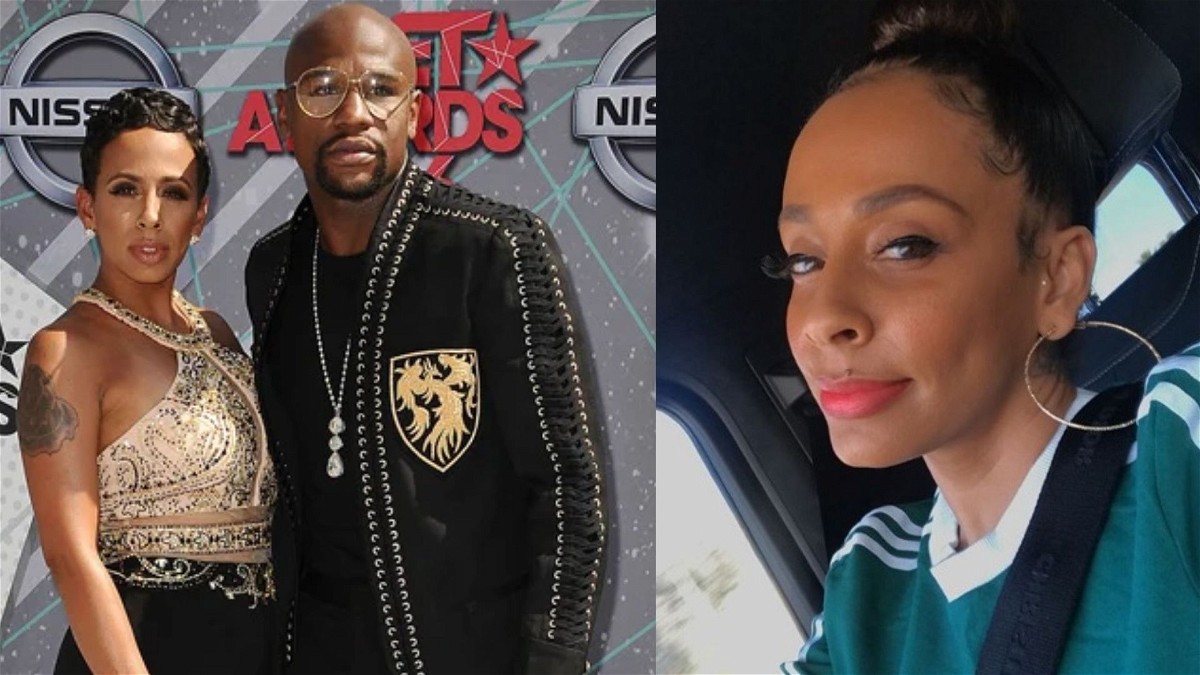 Floyd once again found himself under bad limelight after he punched two of Melissa Brim’s friends and chased them out of the nightclub. Mayweather once again pleaded guilty and was given a suspended sentence according to the Las Vegas Sun. Mayweather was given a suspended six-month prison sentence, and a $500 fine for attacking Herneatha McGill and Karra Blackburn at the Ra nightclub in the Luxor on Aug. 1, 2003.

The relationship between Floyd Mayweather and Shantel Jackson

It was reported that boxing champion Floyd Mayweather was engaged to Shantel Jackson. However, the couple split in the year 2013. Jackson would later go on to date rapper Nelly. Once again Mayweather found himself under distasteful headlines after Shantel Jackson accused Mayweather of invading his privacy, battery, assault, harassment, and infliction of emotional distress. 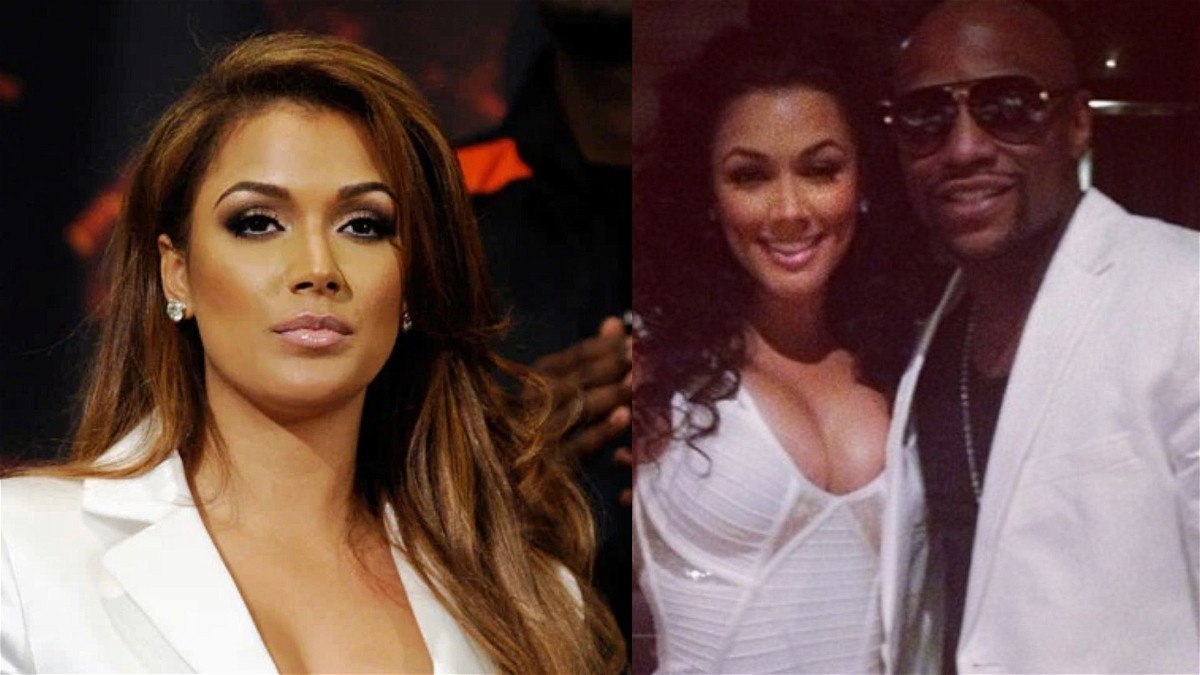 In return, Mayweather charged a suit against Shantel for using his credit cards and stealing his money. Shantel also claimed that Floyd was secretly recording her calls.

Also Read: “Somebody Can Seriously Get Hurt”- Floyd Mayweather Furious With Logan Paul Over Comments on His Ex-Wife