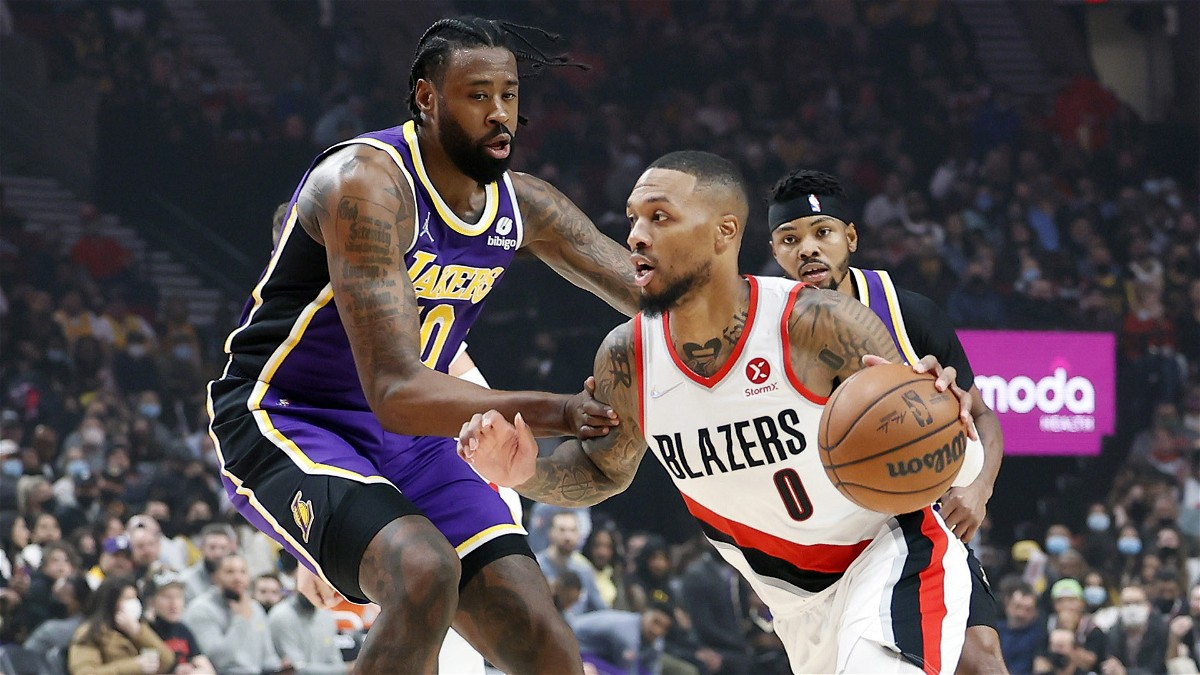 The Lakers will come after a 6 game home trip as they the Blazers in the Crypto.com Arena. The Lakers are coming off of a 3 game losing streak. They lost to the Hawks 129-121

The Lakers are in a tough spot as they are the 9th seed in the Western Conference. With LeBron James out due to swelling in his knee, they’ll have to continue to play without James and bring the dub home.

Whereas the Blazers has been a below-average team this season. With a record of 21-30, they are the 10th seed. They fell short to the OKC 81-98.

This will be their 3rd match of the season with a 1-1 record.

The Lakers are heading home with a 3 game losing streak. They have been inconsistent on both sides of the floor and age started to become a factor for the team. With LeBron James out of the lineup, it’ll all fall onto the shoulders of Anthony Davis and Russell Westbrook.

Lakers star LeBron James is expected to miss Wednesday’s game vs. Portland, and could be out a few more games due to irritation in left knee, sources tell @TheAthletic @Stadium. Sides want to be cautious and allow James to return once irritation subsides.

Westbrook has picked up his slack in the past few games. In a 10 games span, he is averaging 18 points, 5,5 assists, and 6.8 rebounds. He has even cut his turnovers down to 2.6 per game.

Whereas, Anthony Davis is still having a sub-par season for his standard. He was supposed to be the replacement for LeBron as he ages down the line. AD is shooting just 18% from behind the arc for this season with 23.2 points per game.

The Lakers are a game behind the 8th seed. They have to go on a winning streak if they want to avoid the play-in tournament and the 1st seed Phoenix Suns.

The Blazers are having a down year filled with injuries. Their superstar Damian Lillard is out due to an abdominal tear. They are the 10th seed with 4 games behind the 9th seed Lakers.

However, they found a star during the absence of Dame. Anfernee Simons is one of the candidates for the most improved player. He has bumped his numbers from 15 points and 3 assists per game from last year to 20 points and 7 assists per game this year.

Especially in January, he has taken his game to another level.

However, the Balzers is having a down year and will most likely tank this season to earn a higher draft pick in order to build the future.

The Lakers seem to be the favorite to win against the Blazers. With Westbrook improving day by day and no big men to guard AD on the block, it should be a comfortable win for the Lakers at home.

However, in sports, anything can happen. Anfernee Simons has proved to be a legit NBA player and can erupt for a season-high 40 points. Westbrook hasn’t performed well against the Blazers.

In 2 matches against Portland he is averaging just 11 points on just 26% from the field and 16% from downtown. The Portland without Lillard the Lakers should take the lead.

Damian Lillard- Abdominal- Will be evaluated in 6 weeks

Larry Nance Jr.- Knee- To be sidelined for a few weeks

How to watch Los Angeles Lakers vs Portland Trail Blazers

The match will be locally broadcasted on Spectrum SportsNet and it’ll also be available on the NBA’s League Pass.