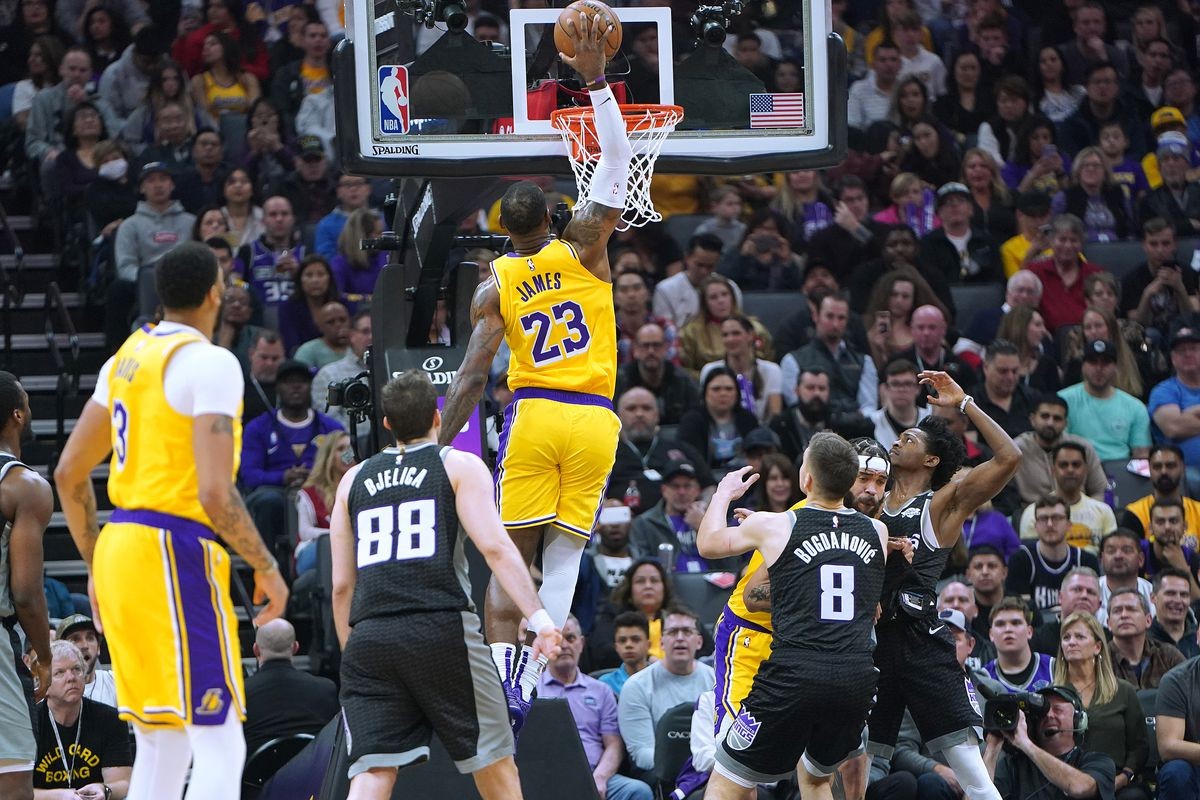 After an entertaining triple-overtime game, Sacramento Kings face their Pacific division rivals the Los Angeles Lakers for the second time this season. But teams are looking to improve their record and push for a higher seed in the playoffs.

With LeBron James being injured for the majority of the 2021-22 season, the Los Angeles Lakers have struggled to keep an above 500 record in the league. They currently have a record of 11 wins and 11 losses after winning against the Detroit Pistons in the Staples Center.

LeBron James is leading the Lakeshow with averages of 25.1 points along with 5.2 rebounds and 6.6 assists. He had a good 30 points game against the Kings in their last meeting. Anthony Davis has taken a bigger role for the Lakers this season with 24.3 points with 10.2 rebounds and 3.1 assists.

Playing their third game under interim head coach Alvin Gentry, the Sacramento Kings will try to pull off another upset against the Lakers. Under Gentry, the Kings have two games against two western conference powerhouses in the Portland Trail Blazers and the Los Angeles Lakers. Sactown is coming off a 27-point loss against the young Memphis Grizzlies.

For the Kings, De’Aaron Fox has led the team in stats with 20.7 points, 3.5 rebounds and 5.8 assists with 1.3 steals. With Swipa, Harrison Barnes is a close second for the team averaging 19 points, 7.2 rebounds and 2.4 assists. Buddy Hield is their main shooter for the Kings averaging 4.2 threes per game shooting 47.8% from the field and 39.8% of 10.8 attempts from three.

The Los Angeles Lakers are the favourites to win the game against the Sacramento Kings. The Lakeshow is coming off a solid victory over the Pistons where LeBron James had another 30 – point game. Hence, the Lakers are most likely to win this game.

Throughout NBA history, the 17-time champions have dominated this fixture by winning 278 out of 460 games. After the last game, the Kings have a slight edge in this matchup. Hence, the Lakeshow needs to dominate from the opening tip as they can’t have a repeat of their last game against Sactown.

Los Angeles Lakers and Sacramento Kings Match will take place at Golden 1 Center. The stadium is prepared to accept fans at full capacity. International viewers can access the game on NBA League Pass. Spectrum Sports Network will be Local broadcasters for the game.

Also read: LeBron James Is the Only American Athlete to Cross 100 Million Followers on Instagram

Nickname Meaning: Why is Gervonta Davis called “The Tank”?