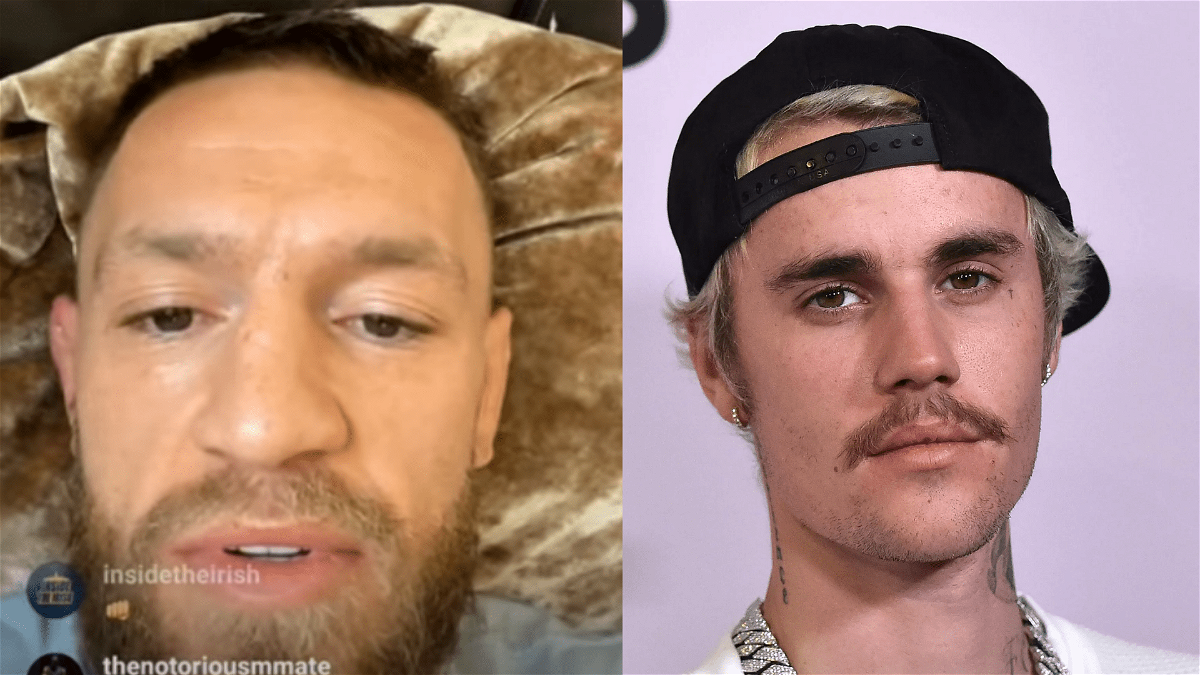 The friendship between Conor McGregor and Justin Beiber is well known to the MMA community. The Canadian singer has shown his support to the Notorious on various occasions, and that was exactly the case when Conor McGregor decided to go live ahead of arguably the most important fight of his MMA career against former interim lightweight champion Dustin Poirier.

“Justin Bieber, what’s up Justin Bieber? Love you brother. This is quality man, this is good yeah. I just wanted to check this out. Justin, I love you, bro, I’ll tell you what mate, I appreciate the message from the last fight. That meant a hell of a lot to me, really, truly did. So I’ve been busy putting in the work, full focused. Fully immersed in Mixed Martial Arts, there’s been nothing but Mixed Martial Arts. So I’m ready to put on a show.”

McGregor said as the Canadian singer tuned to watch McGregor live on his Instagram. Even in the past Justin Beiber has credited McGregor, and always tuned in to support his favorite fighter ahead of his fights.

Also Read: “This Time I Took Control of It”- Conor Mcgregor Details Massive Change in His Training Camp Ahead of UFC 264

Justin Beiber shows his support to Conor McGregor once again

Ahead of what promises to be an epic encounter between two of the best fighters the world of mixed martial arts has ever known, McGregor decided to surprise his fans by going live on the photo-sharing platform Instagram. Justin Beiber has shown his love towards the Notorious on various occasions in the past, thanking the former dual champion in a dedicated Instagram post. “Love this guy, win or lose.” Beiber had said in an Instagram post dedicated to the former champion.

Beiber made headlines during McGregor’s epic rivalry with Nate Diaz, where both Diaz and Beiber got into a small little beef. Regardless of the ups and downs, Beiber has remained a loyal fan of the former dual champion and continues to shower support to the Irish legend.