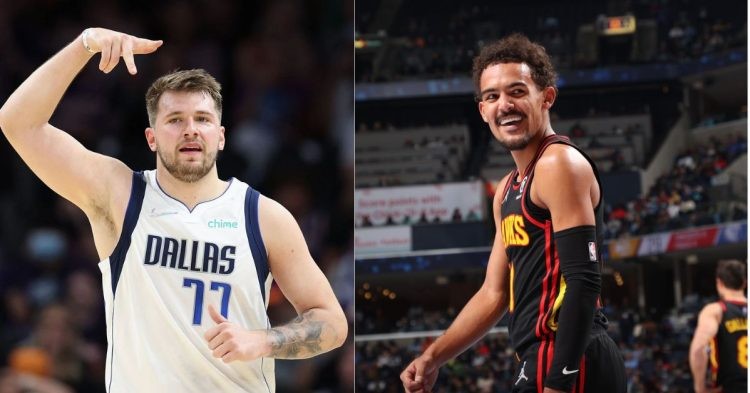 Luka Doncic of the Dallas Mavericks and Trae Young from the Atlanta Hawks are contemporary rising stars in the NBA. They managed to carry their teams into contention and relevance after being drafted into the league in 2018. Coincidentally, they were also traded for by the other’s team after the NBA draft. So technically, Trae was drafted by the Mavs and Luka by the Hawks.

With all of that being said, one must wonder which team made the right choice and got the better deal. We need to look at and compare both these players’ debut performances as well as understand their numbers and impact on the court.

It would interest and amuse many NBA fans to know which teams both these stars faced off against during their debut NBA games. Trae Young faced the New York Knicks and scored 14 points in his first game for the Hawks. This is the same team he went on to eliminate in the 2021 NBA postseason.

On the other hand, Luka Doncic scored 10 points in his debut and it was against the Phoenix Suns. We all remember how he eliminated them in last year’s playoffs despite being widely considered the underdog in that series. Moreover, both stars have managed to carry their teams to the conference finals in the playoffs over the last 2 years. Since Trae did better, one would assume that he developed into a better player. However, that is not the case, The only categories that Young is undisputedly better than Doncic in are three-point shooting percentage and assists.

We can decide for ourselves who is leading and the better player simply based on the numbers. However, it is important to keep in mind that Trae Young is much shorter than Luka. Therefore, it would be a physical impossibility for him to rebound as much or score in the paint through similar methods that Doncic engages in.