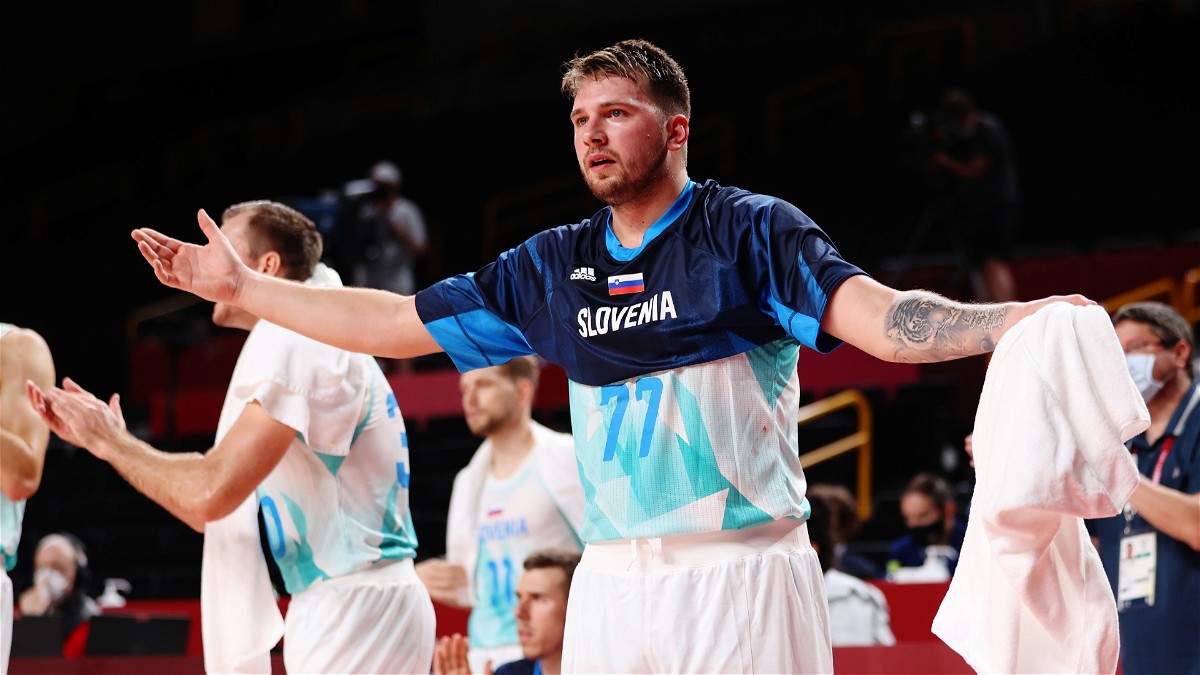 Luka Doncic has been phenomenal at the 2020 Tokyo Olympics. He is averaging 26.3 points per game which is most of any player in the Olympics. Slovenia lost to France in the semi-finals and will face Australia in the bronze medal match.

Australia faced Kevin Durant and defending Olympic champs Team USA in their semi-final matchup. Although Australia took the lead in the first half, the USA came strong in the second half and advanced to the finals.

Luka Doncic suffers wrist injury during the semi-final against France

After facing a 90-89 defeat against France, a frustrated Luka attended a press conference wearing an ice pack on his left wrist. Doncic said to the reporters that he was “OK”, but failed to make even one field goal after spraining his wrist. He apparently collided with the courtside plexiglass in the final quarter which led to the said injury.

Slovenia comes up just short of the gold-medal game in its Olympic basketball debut, losing to France in the semifinals.

Luka Doncic is now 17-1 in international competition. What a run 👏 pic.twitter.com/6mVpACWHey

Keeping the match outcome aside, the Dallas Mavericks All-Star had a stellar performance. His teammates Klemen Prepilic and Mike Tobey also had double digits in points. Despite a great performance, Slovenia fell short with just 2 points needed for a win.

Doncic made Olympic history in the semi-final matchup against France yesterday. He recorded 16 points, 18 assists, and 10 rebounds and is only the third player to record a triple-double in the Olympics so far. His 18 assists are also a separate Olympic record.

Slovenia’s next opponent is Australia who gave almost gave the USA a run for their money in the semi-finals. Patty Mills and Joe Ingles really set the pace for the Boomers in the start. Patty Mills’ speed and Joe Ingles’ hot hand at 3-point rage left the USA trailing in the first half.

The Aussies have defeated the USA back-to-back before their semi-final matchup. Slovenia has won all games played before their match with France. Both teams have NBA players on their line-ups. Luka Doncic has been on a scoring streak this Olympics. Doncic is the leading offensive force for Slovenia and apparently has an injury now. Hence, the chances of Australia getting a win against Slovenia have certainly gotten much higher.

Why Did UFC Fighter Derrick Lewis Go to Jail?