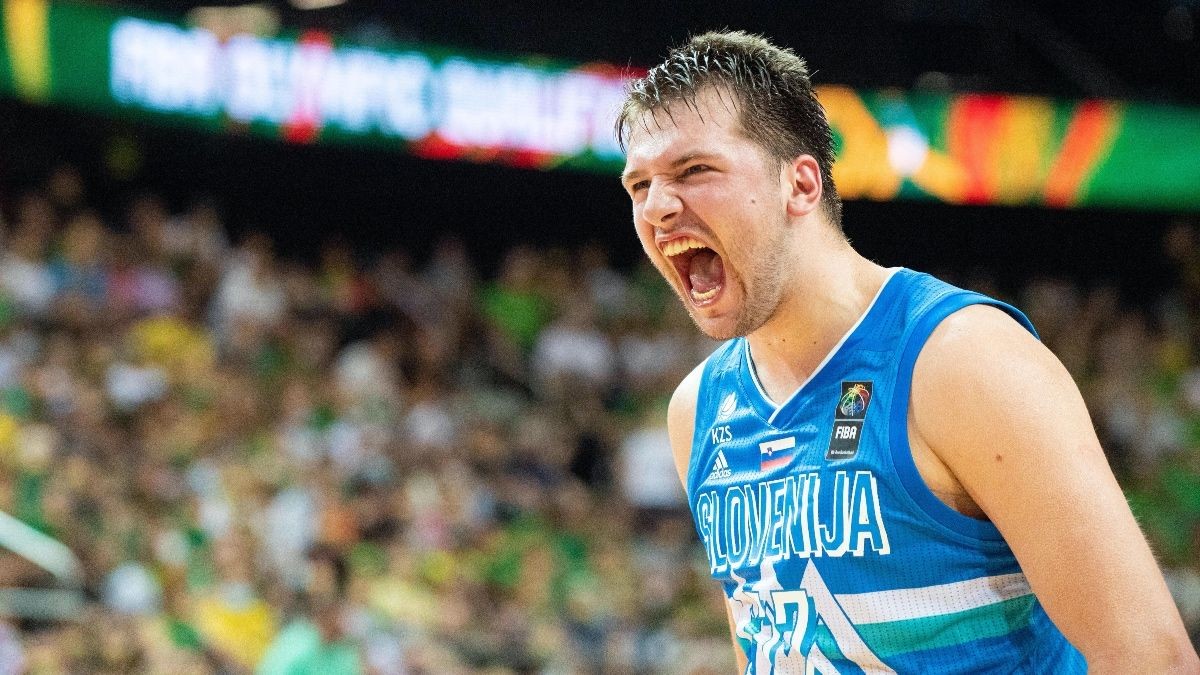 Luka Doncic is one of the young stand-out point guards in the NBA. The 22-year-old has made a mark in the NBA ever since his debut. His list of honors and awards is long. Luka Doncic finally got the chance to represent Slovenia at the Olympics and the Slovenian star lit up the 2020 Tokyo Olympics with a stunning debut performance against Argentina.

Luka Doncic brings his magic to the 2020 Tokyo Olympics

Slovenia kickstarted their Olympic campaign against Argentina. Luka Doncic spread the magic throughout the game, right from his first shot. The young Dallas Mavericks star took shots from places the Argentinian defenders could not reach.

One of his three’s came from just inside the center court logo. He put up a stellar 31 points in just the first half of the game.  Slovenia went on to defeat Argentina, 118-110. Luci Scola and Facando Campazzo lead from the front for Argentina with 23 and 21 points respectively.

The record for most points in an Olympic game stands at 55 points by the Brazilian Hall of Famer, Oscar Schmidt. Doncic was laid back in the second half and knew that winning the game was much more important than breaking a record. Luka however did put up 48 points and tied with Eddi Palubinskas in the second position for most points in an Olympic Game.

Luka Doncic has once again proven to the world that he is worth every bit of recognition he gets. He shows up for his NBA team every time and has now proven his credibility on the biggest stage at the 2020 Tokyo Olympics.

It is amazing to think that at the beginning of July, Slovenia did not even have a spot in the Olympics. Luka Doncic made sure to push and help his team reach great heights. Will Doncic take home his first Olympic medal? Only time will tell.