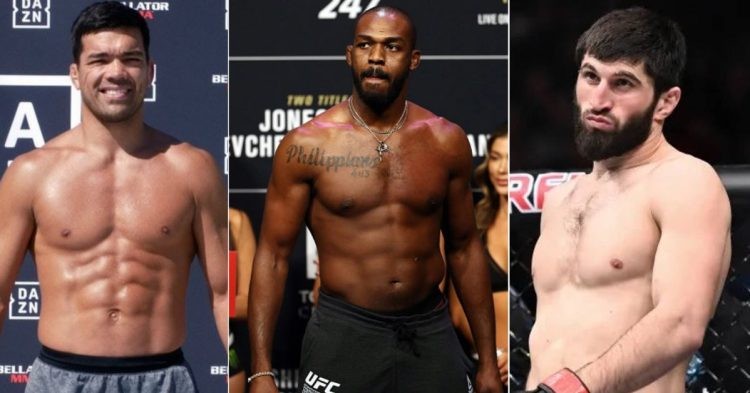 Magomed Ankalaev has emerged as top brass in the UFC’s light heavyweight division. The Russian fighter has torn through the division and continues to establish his dominance inside the Octagon. The former WFCA Light Heavyweight Champion did not have a great start to his UFC career.

Ankalaev suffered the first and to date the only loss of his mixed martial arts career against Paul Craig in his UFC debut back in March of 2018 at UFC London. Be that as it may, Ankalaev has come a really long way since the defeat and currently boasts an incredible 8 fight win-streak in the UFC’s light heavyweight division.

Magomed Ankalaev is on an eight-fight win streak, tied with MMA veteran Lyoto Machida for the second longest winning streak in the UFC’s light heavyweight division.

Lyoto Machida’s right fight win-streak came between February 2007 to December 2009. During the course of his historic run, Machida defeated the likes of Tito Ortiz, Rashad Evans, and Mauricio Rua among others.

The eight-fight win streak which came to a close against Mauricio Rua in the rematch; a fight he lost via KO in the first round; saw Machida become the UFC’s light heavyweight champion and also defend his gold once inside the UFC Octagon.

Ankalaev is just one win away from going past Lyoto Machida’s record and he will look to do that as he takes on Anthony Smith this weekend at UFC 277. With notable wins over the likes of Nikita Krylov, Ion Cutelaba, and Thiago Santos among others, Ankalaev is already on the cusp of a title shot.

A victory over Anthony Smith will bring him not just closer to a title shot but also to Jon Jones‘ longest win-streak (13) in the UFC’s light heavyweight division. Having announced his move to the heavyweight division and vacated the light-heavyweight title, Jones set the 13-fight winning streak between March 2010 and April 2016.