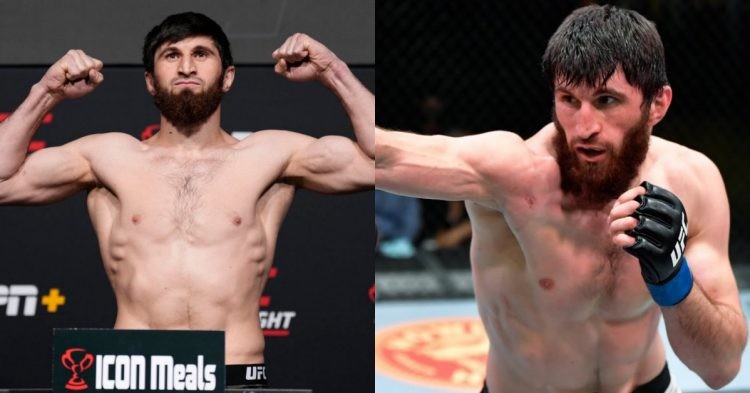 Magomed Ankalaev is a highly rated fighter in the UFC. He competes in the light heavyweight division of the company and is touted as one of the most well-rounded competitors in the division. Although he had a setback against Paul Craig on his debut in the company, Ankalaev made an astonishing recovery and went on an amazing run.

Ankalaev holds many meaningful victories in his career. He has beaten the likes of Ion Cuțelaba, Nikita Krylov and Dalcha Lungiambula. But perhaps the most high-profile names in his resume are Volkan Oezdemir and Thiago Santos and he passed both of those tests with flying colours. He holds a UFC record of 8-1 and an overall record of 17-1.

Although he has made a big name and reputation for himself inside the Octagon, not much is known about his personal life or his journey to fame. So let’s take a deep dive and take a look at what Magomed Ankalaev is like behind the scenes.

Where is Magomed Ankalaev from?

Magomed Ankalaev was born on June 2nd of 1992 in the Makhachkala in Dagestan. Standing at 6’3, Ankalaev fights out of Dagestan and trains at Gorets FT. He went to Dagestan State University and started his Greco-Roman wrestling.

He also attained the rank of ‘International Master of Sport’ as an amateur MMA fighter. He is also a ‘Master of Sport’ in Combat Sambo. He was also awarded Mixed Martial Artist of the year in 2015 by the Russian MMA Federation. After receiving the accolade, he sat down for an interview with ‘SOV Sports,’ where he gave an insight into what his training regiment is like.

He shared that he does not consume any kind of fast food or soda. Magomed also stated that he immerses himself in training all the time. So Magomed sounds like someone who takes his craft very seriously and does not keep any stone unturned in order to prepare himself for his fights.

Magomed Ankalaev’s parents and his journey before UFC

Magomed Ankalaev made his MMA debut in 2014 against Vasily Babich. Although his first 3 fights went the full distance, Magomed got his first finish in his fourth fight against Nadir Bulkhadarov. Following that, he moved to WFCA and got 4 finishes in his next 5 fights. In the process, he became the light heavyweight champion of the promotion in 2016 and defended it once in 2017 before jumping to the UFC.

As for his family members, Magomed Ankalaev likes to keep his personal life out of the spotlight. Although he was born in Dagestan, there is no information regarding who his parents are or how many family members he has. According to CelebsAgeWiki, Magomed is still single and currently has no children.