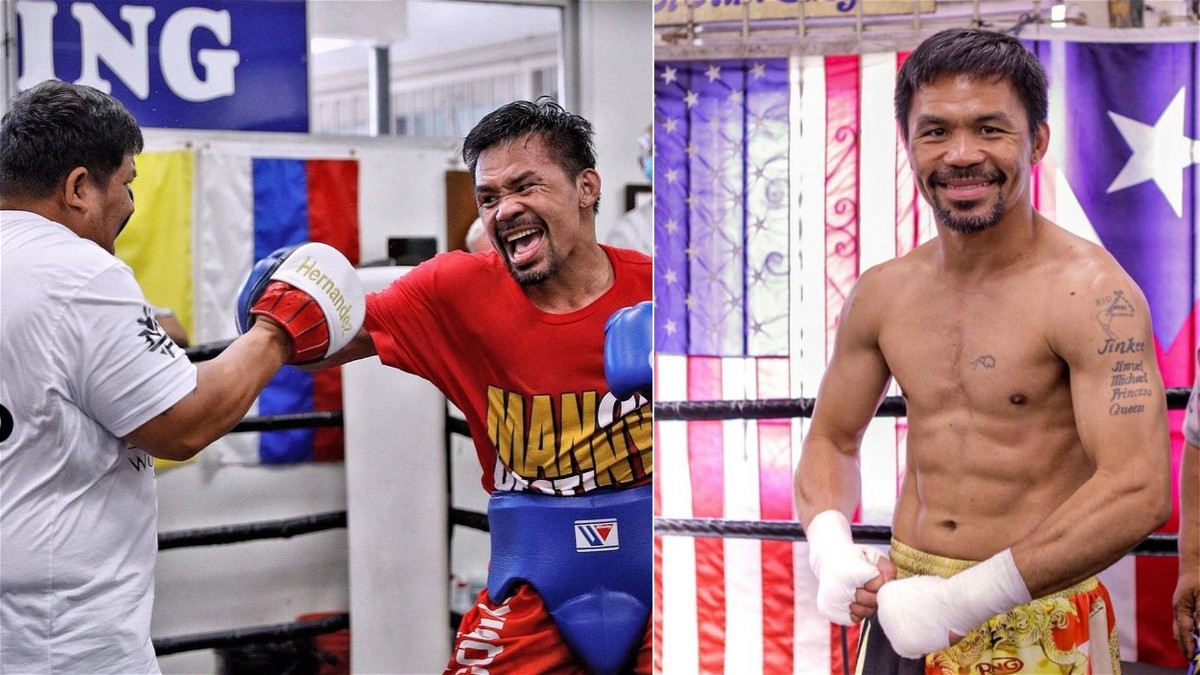 UPDATE: Errol Spence Jr. was forced to withdraw from the highly anticipated bout due to a retinal injury in his left eye. WBA (Super) welterweight titleholder Yordenis Ugás has stepped up to take on Manny Pacquiao on August 21.

Manny Pacquiao will take in an exuberant amount of $5 million for his boxing bout against Errol Spence Jr. on August 21, 2021, in Las Vegas, Nevada. The eight-division world champion will look to create history once again as he takes on the undefeated Spence Jr. for the WBC, IBF, and the vacant The Ring welterweight titles.

Manny Pacquiao created history the last time he stepped inside the boxing ring as he defeated Keith Thurman via split decision to become the WBA (Super) welterweight champion. In the process, he became the oldest welterweight champion of the world, thereby, adding more glory to his already illustrious boxing career spanning four decades.

According to Business Mirror, Manny Pacquiao will take home a guaranteed purse of $5 million. Needless to say, the amount falls short of his $10 million guaranteed purse that he took home for his bout against Keith Thurman back in July of 2019.

However, looking at the ongoing pandemic, it looks to be a great figure nonetheless. Needless to say, it’s a lot lower than what one the PacMan used to earn during his prime years in boxing, however, it’s safe to say that he is still one of the most popular active boxers right now.

Pacquiao will also take home a profitable share from the PPV sales. The Philippines star and Senator of his state continue to be in elite shape at 42 years of age and has shown no signs of slowing down.

While many believe that the bout against Errol Spence Jr. could be his last, it’s hard to come to any conclusions looking at the incredible Manny Pacquiao who is coming off an incredible performance against a very dangerous Keith Thurman.

How Much Will Errol Spence Jr. make for his title defense against Manny Pacquiao?

There’s no clear indication on how much Errol Spence Jr. will make for the Manny Pacquiao boxing bout. However, looking at his earnings from previous fights, it’s safe to say that should pocket the biggest purse of his boxing career.

Errol Spence Jr. took home $1.5 million for the bout against Mikey Garcia. Needless to say, he is expected to pocket in the excess of $2 million, along with the PPV share. Errol Spence Jr. and Manny Pacquiao will share the boxing ring on August 21 later this month, inside T-Mobile Arena in Las Vegas.