Maria Guardiola Boyfriend: Is a Relationship With Erling Haaland Possible? 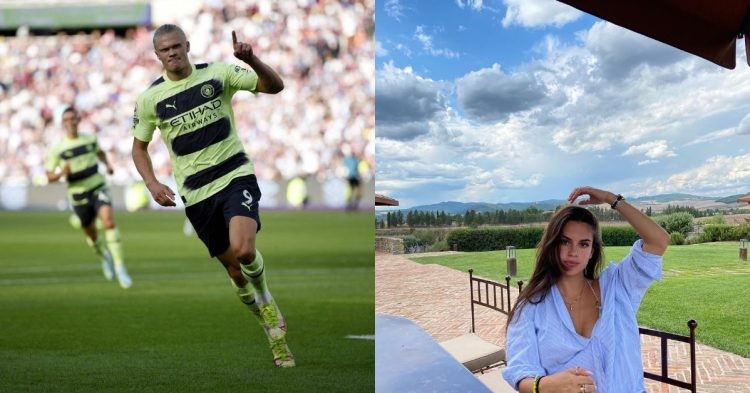 Pep Guardiola’s eldest daughter is Maria Guardiola, 21. She is a professional model and influencer. Mari Guardiola has been a model and photographed in many places all over the world. She has been seen modeling in Barcelona, Marbella, Barbados, London, and Paris. She also has 448,000 followers on Instagram.

Maria Guardiola was pictured with Dele Alli, the Everton player on loan at Besiktas. Dele Alli’s career has not been the best since he broke onto the scene at Spurs. He has since been sold to Everton and sent out on loan to Besiktas.

The two were first photographed at the Novikov restaurant in London’s upmarket Mayfair district in October 2021. They were photographed at a Starbucks a few weeks later. They had reportedly met in April of 2021, although the footballer has said the two are just friends. According to the Sun, “Dele and Maria didn’t seem to have a care in the world. They didn’t mind who saw them as they smooched in front of the DJ booth and were in a group together and it was very cozy. They looked so cute and could have been honeymooners.”

Neither has confirmed or denied their relationship but there have been some people saying the two were seen together.

While Erling Haaland has been in the news for a few seasons for his exceptional talent, nothing has been reported about his dating life. Haaland has chosen to keep this aspect of his life private. Reacting to Haaland’s choice of not revealing his personal life, a fan reacted, “Well Haaland doesn’t care about women he prefers soccer and fitness.”

A post from Football Media caused Manchester City fans to say that Haaland should date the City manager’s daughter. One fan commented, “Upgrade on Dele Alli,”.  Other fans said Guardiola would be furious, “Pep’s reaction will be crazy 😂.” Some fans said that no such thing had been said and that the site was making up its own news, “Noone said anything like this. Just want likes and comments😂.” One surprise comment on Maria Guardiola’s Instagram read, “Marry Erling Haaland so we can get tactical genius baby Haaland.”

Erling Haaland is set to miss the World Cup following Norway’s failure to qualify for the tournament. Pep has told the City players left behind to go on holiday before leaving for a hot weather camp in Abu Dhabi. While in UAE, Pep is set to commence talks regarding his future at the Etihad.