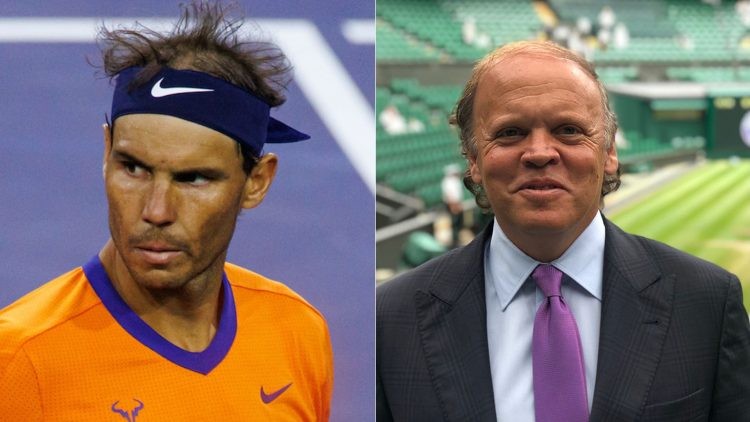 Rafael Nadal, Novak Djokovic and Roger Federer have dominated the sport of tennis for more than twenty years and they, especially Rafael Nadal and Novak Djokovic still seem to have some fuel left in them. Nadal won the Australian and the French Open this season and Djokovic won the Wimbledon by defeating Nick Kyrgios.

The Big 3 and other tennis players such as Nick have had an immense influence on the sport which has led to fans being attracted from all parts of the globe including from countries where tennis is not that popular of a sport.

In recent times, the United States has had a major setback with regards to the production of talent. The last time an American man won a major event was 19 years ago.

After the Citi Open was concluded with Nick being crowned the winner, the chairman of the tournament reflected his opinion on this wherein he stated,

“I think we live in a world where players like Rafa and Nick can inspire kids of any nationality. If Frances Tiafoe wins a Grand Slam, that’s going to have a huge impact, because people see that he grew up in Maryland, in Washington, and he’s now at the top. It would be wonderful,”

However, he concluded by saying that a US citizen winning a grand slam would not be absolutely required in order for the sport to thrive, but it would surely get a boost with that happening.

Rafael Nadal to withdraw from the Canadian Open

Rafael Nadal is currently recovering from an abdominal injury that he suffered during the quarterfinals match at Wimbledon, He had to withdraw from the Wimbledon semifinals due to his aggravated injury.

He was well on track to recover from the said injury however, he has now announced that he won’t be participating in the Canadian Open in order to ensure that his recovery process goes about in a safe manner without any risk of a relapse. Rafael did so after he consulted with his doctor.

This decision was taken after taking into consideration in upcoming US Open which would be quite imperative for Nadal.