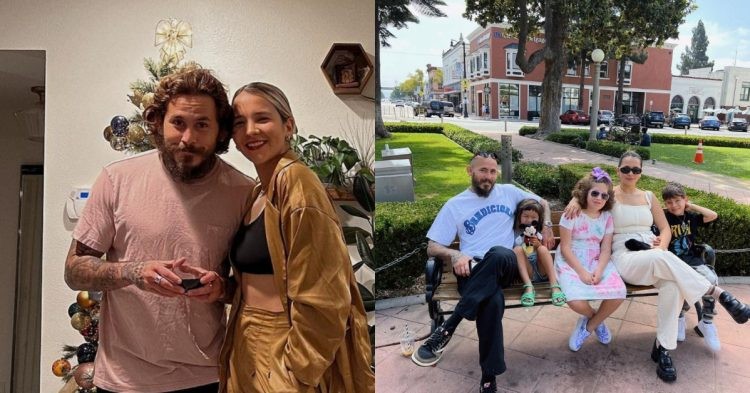 Marlon Vera with his family (Images via @mariapaulinae)

Marlon Vera is a fighter in the UFC’s Bantamweight division. Nicknamed ‘Chito‘, Vera has risen through the ranks in recent times. He started his pro-MMA career in 2012 against Jack Guzman. Marlon had 8 fights in the independent circuits before joining the UFC in November of 2014.

Prior to joining the UFC, Marlon had a record of 6-1-1. His debut fight in the promotion ended with him losing to Marco Beltran in UFC 180. Although he defeated Roman Salazar in the following fight, Vera lost his 3rd fight in the UFC to Davey Grant. But since then, Vera has gone on a great run and has beaten great fighters like Brian Kelleher, Rob Font and Frankie Edgar.

However, the most famous win in his UFC career remains his TKO win over Sean O’Malley at UFC 252. O’Malley was a big favourite to win over Chito. But it was not meant to be as Vera stopped Sean in the very first round itself. Following his win, Marlon became a sensation and started to gain much more attention from the fans.

Chito had a long and hard road to fame and let’s take a deep dive into what Vera’s family looks like and his journey to the top.

Marlon Vera was born on December 2nd of 1992. Although he currently resides in California, Chito was born in Ecuador. He met his wife in his home country before moving to the United States of America in order to pursue his Mixed Martial Arts Career. Vera is happily married to Maria Paulina Escobar.

The 29-year-old stated in an interview with Yahoo Sports that he is indebted to his wife for his career. Apparently, Chito did not have much savings before moving to the USA without his wife and family. But Maria encouraged him to chase after his passion instead of staying back with the family.

She can be often spotted with Vera during his fight weeks. Maria is a digital content creator and has a podcast by the name of ‘Conversando Desde mi sauna.’

How many children does Chito have?

Maria Escobar and Marlon Vera have 3 children together, two daughters and one son. Their oldest is Ana Paula, who was born in 2011. Chito’s son Jose Ignacio and his youngest daughter Eliana were born in 2015 and 2018 respectively.

Ana Paula suffers from a rare condition called Mobius syndrome. It is a congenital neurological disorder which causes facial paralysis and leaves a person unable to move their eyes. Ana went through surgery for the condition in 2018. For the procedure, Marlon Vera set up a GoFundMe account in 2016 which raised a total of $19,191.

However, it seems like Marlon is doing much better for himself as he is one of the elites of the bantamweight division and makes much more money. He even signed a deal with soft drink company Pepsi in 2017 and nobody deserves it more than Marlon who worked hard and made many sacrifices to reach where he currently is.