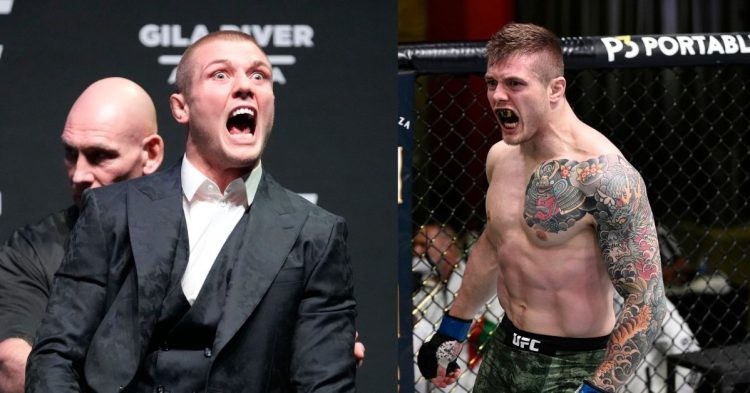 Marvin Vettori is the first-ever Italian to feature in the main event of a UFC pay-per-view. The Italian fighter fights in the middleweight division and is currently ranked No. 3 in the division.

“The Italian Dream” is a top contender with fights against the best of the middleweight division in the likes of Israel Adesanya, Paulo Costa, and Jack Hermansson.

Vettori has fought for the middleweight belt against the undefeated middleweight kingpin Israel Adesanya but failed to win the title. Marvin has been competing in professional MMA since 2012. With a professional record of 18 wins, 5 losses, and 1 draw, he has proven his worth in the division.

The Italian fighter has a total net worth of around $1 million. He earned his biggest purse against middleweight champion Israel Adesanya. Vettori’s most recent fight against Paulo Costa earned him a massive bonus because Costa did not make the middleweight limit.

We can onVettori’smate a fighter’s pay info by looking at their previous, officially-released salaries as Nevada State Athletic Commission does not release any of the fighter’s pay, so none of the following payout data is official. Now, let’s begin a breakdown of Marvin Vettori’s career earnings.

After a run of loss, win and decision he fought a rising star in Israel Adesanya. He ended up losing the bout and got $24,000. The base salary was $20K with a bonus of $4K. After the loss, Marvin bounced back with wins over Cezar Ferreira and Andrew Sanchez, in which he bagged $45,000 and $85,000.

Vettori’s winning run was broken again in his next fight against Israel Adesanya. He fought Adesanya this time for the title and even though he lost the bout, his biggest payout came in this fight. According to MMA Salaries, Vettori took home a total of $382,000. This included the show-up money of $350,000 and $32K from sponsors.

Vettori is scheduled to face Robert Whittaker in September of 2022. This will generate a big PPV as they are both top 3 in the division.