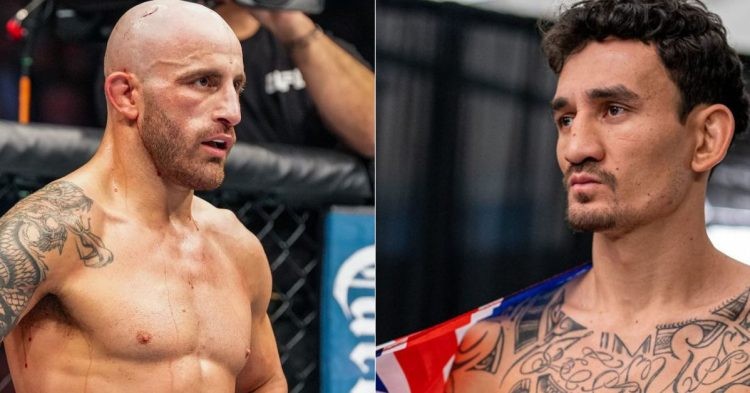 Not a lot of fighters can boast of beating Max Holloway inside the UFC Octagon. However, Alexander Volkanovski has done it twice and that speaks volumes about the legacy that the Aussie fighter is cementing as a featherweight champion.

Widely touted to be one of the greatest featherweights of all time, Holloway has found it difficult to reclaim his throne since dropping the title to Volkanovski back at UFC 245. Blessed came close however in the rematch at UFC 251, but fell short once again; losing via split decision at UFC 251.

While many fans opined Holloway did enough to hand Volkanovski the first loss of his UFC career, what mattered was how the judges saw it, and they felt the Aussie fighter had the upper edge once again. Ahead of the trilogy fight after more than a year, it seems like Max Holloway has finally figured out the key to beating Alexander Volkanovski.

Alexander Volkanovski has come a long way since edging past Holloway in the rematch back at UFC 251. The Australian mixed martial artist has successfully defended his title twice, and in both fights, he has been absolutely incredible.

Volkanovski triumphed over a resilient Brian Ortega back at UFC 266 and made easy work of UFC veteran The Korean Zombie earlier this year at UFC 273. With just three months out of his last title defense, Volk will once again share the cage with Holloway at UFC 276.

“The key to defeating Volkanovski in this third one is attrition. He is dawg, so the training is very different. Come July 2nd, I wanna test that dawg, and I want to finish.” Holloway said on the UFC 276 Countdown.

According to the former featherweight champion, pressuring Volkanovski with a persistent attack will be the key to beating him. In the first fight, Volk got the better of Holloway by making full use of his reach advantage and earning points through vicious leg-kicks and mixing it up with takedowns.

While in the second fight, both the fighters engaged in a slugfest to say nonetheless, where it goes without saying, Holloway had huge success. Holloway is taller than Volkanovski by 5 inches, however, has a 2-inch reach disadvantage. This puts him in a tricky situation with the Champion, who also likes to take the fight to the ground.

Holloway understands he will have to bring a firefight to negate the reach advantage as he has done in his last two fights against Calvin Kattar and Yair Rodriguez, both of whom had a reach advantage over the former champion.

“Steph Is Done, He Is Getting Older” – Shaquille O’Neal Opines Why the Golden State Warriors Are So Dominant Despite an Ageing Roster