Max Holloway Who? Khabib Nurmagomedov Has a Surprise Pick for Best Featherweight in the World 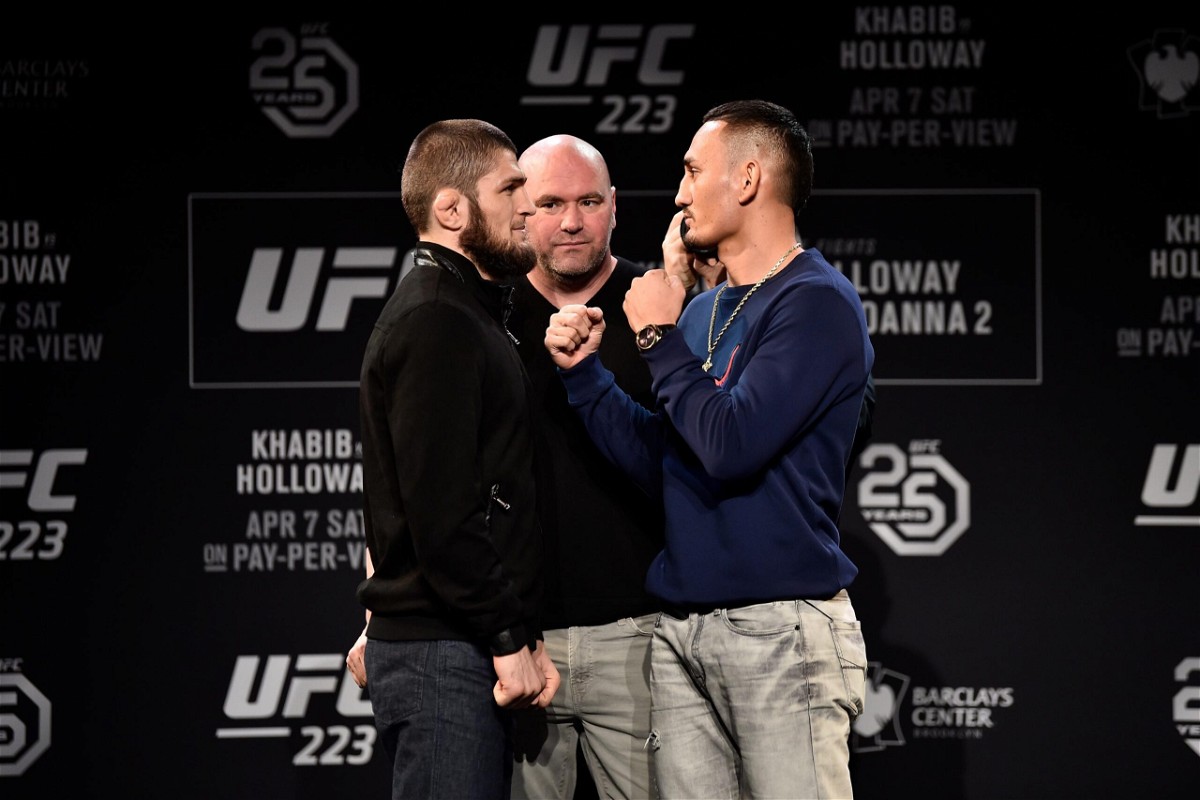 The UFC featherweight division is one of the deepest divisions right now. We have Alexander Volkanovski as the reigning champion and Brian Ortega as the number one title contender. Arguably the greatest featherweight of all time, Max Holloway is looking for another shot at the title. And we have some tough contenders such as The Korean Zombie, Calvin Kattar, Yair Rodriguez. However, Khabib Nurmagomedov has a surprise pick for who the best featherweight in the world is.

As per the former UFC lightweight champion, Khabib Nurmagomedov, Zabit Magomedsharipov is the best featherweight in the world at the moment.

Nurmagomedov posted a picture of him with Zabit on social media and stated: “with best featherweight in the world”.

The MMA community has a mixed opinion on the skillsets that Zabit Magomedsharipov brings to the table. Though he is extremely talented the claim of Khabib Nurmagomedov about his is highly debatable.

The most significant wins in Zabit’s UFC career are Calvin Kattar and Jeremy Stephens. And in both the fight, Zabit lost the third round. Kattar came very close to finish Zabit Magomedsharipov in the third round and Stephens did significant damage in his fight as well.

Now if Zabit is struggling against Kattar in the third round we can only imagine what someone like Max Holloway with his high volume would do to Zabit. Though Zabit is one of the up-and-coming fighters in the division he is nowhere near to be the best featherweight in the world right now.

This claim from Nurmagomedov shows nothing but his support to fellow Russian fighters. After his retirement, Khabib has taken up the role of a coach for many Dagestani fighters and his teammates such as Islam Makachev, Abubakar Nurmagomedov, Luke Rockhold, etc. So it won’t be a surprise to see Khabib Nurmagomedov train with Zabit Magomedsharipov in the near future.