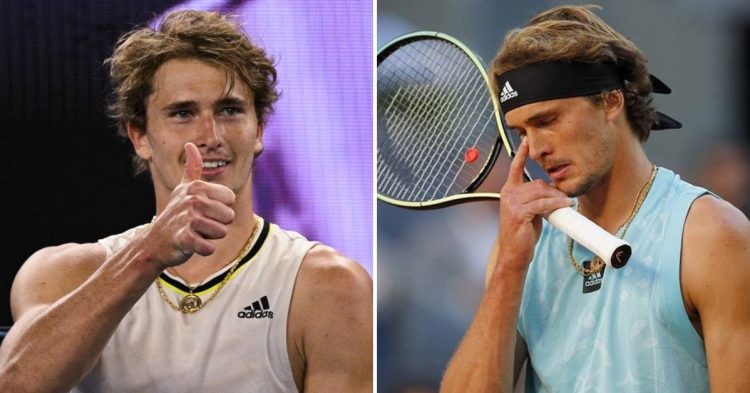 Alexander Zverev has stayed away from tennis ever since his gruesome injury during the semifinal of the French Open. He has been recovering ever since and has been working hard to make a comeback as soon as possible. With the US Open coming up in a few weeks, tennis fans are eagerly waiting for an update from the German tennis star.

Zverev has a never say never attitude on the issue. He had previously made it clear that he would participate in the tournament only if he has a shot at winning it. As per Tennis World, he is still aiming to make it to the US Open. He said, “Of course I will still try to make the US Open. Although it will be very, very close.”

It would be tough for Zverev to make a comeback at the US Open. To straightaway play in a best-of-five tournament will be a humungous task for him. Zverev himself admitted that it won’t be an easy journey for him if he decides to participate in the US Open.

Furthermore, he said, “Maybe I could say I’m ready. Best-of-five is difficult. Every day it really gets better. That’s why I don’t want to say yet that I won’t play the US Open.”

Zverev recently practiced on the court for the first time ever since his French Open injury. He was very careful while practicing and was successful in not suffering from any injury. After the practice session, Zverev did not feel any pain.

Moreover, he said, “Of course I moved very carefully, I haven’t built up any pressure on my foot yet, but it’s just good news that I really haven’t had any pain at all – now we can move on.”

If Zverev makes it to the US Open, many fans will be rooting for him to win the tournament. He would give a tough fight to players like Nadal. Zverev will try his best to recover fast and be ready before the start of the US Open.