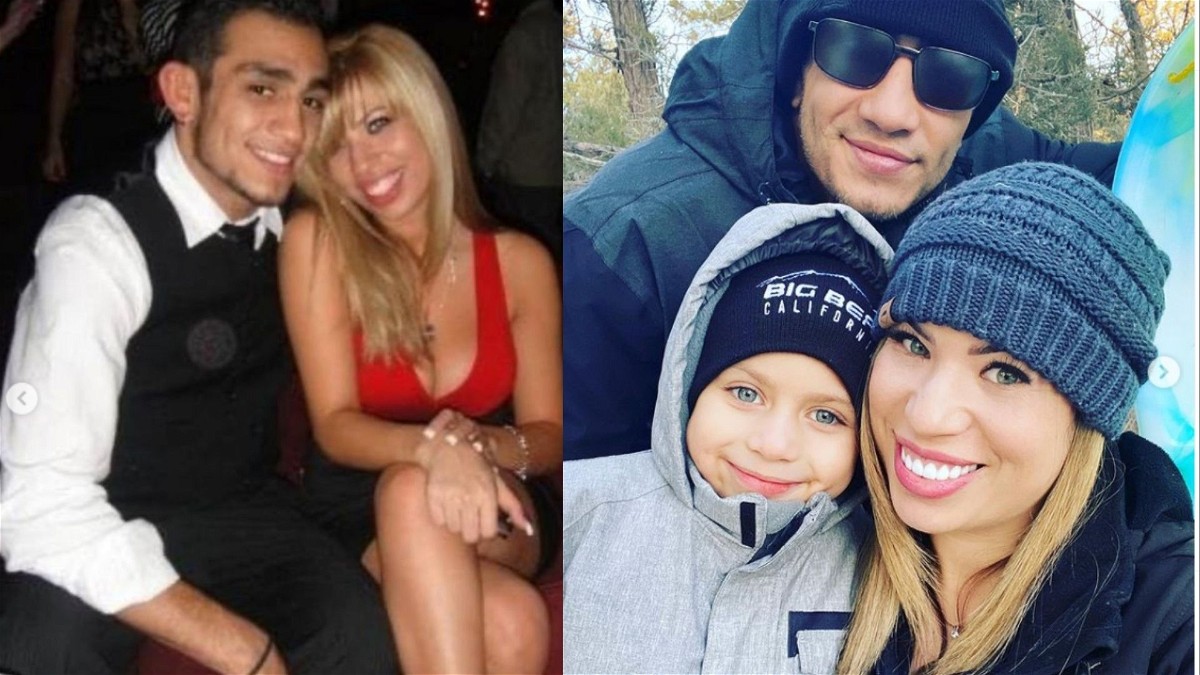 Tony Ferguson’s journey inside the Octagon has been a bumpy one to say nonetheless. The former interim lightweight champion has had his fair share of ups and downs, despite being on an incredible 12-fight winning streak. Be that as it may, Tony Ferguson is widely regarded as one of the greatest mixed martial artists to ever step inside the Octagon. He is a fan-favorite, and one of the most popular fighters in MMA. 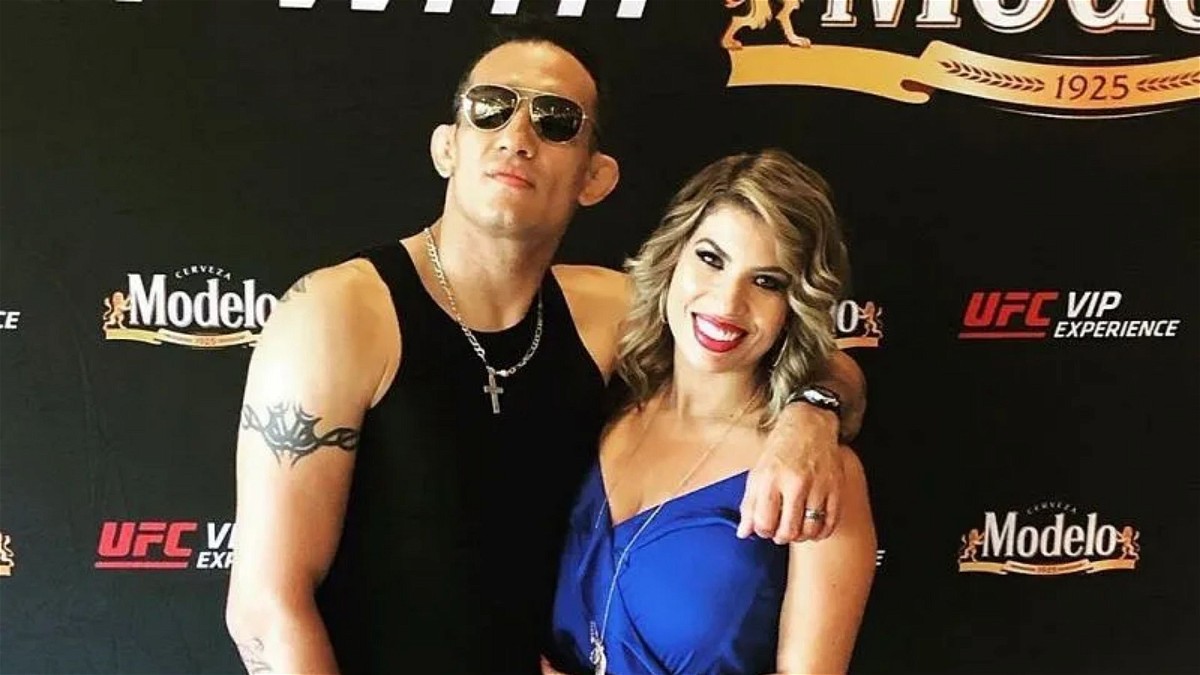 Ferguson’s popularity is partly due to his incredible performances inside the Octagon, his unorthodox style of fighting, and his unique personality that sets him apart from other fighters. Tony Ferguson is the kind of guy who likes to share bits and pieces from his personal life with his fans around the globe through various social media platforms.

Tony Ferguson is married to his longtime partner Cristina Servin. The pair tied the knots in 2012 and have a kid named Armand Anthony. The couple is expecting their second child soon. Ferguson took to social media to announce the arrival of his second child and shared the great news with fight fans.

It won’t be wrong to say that Cristina Servin is a private person. The wife of Tony Ferguson doesn’t like to hog in the limelight of his husband and doesn’t have an Instagram page. According to reports, she has done some modeling work during his early years.

Who is Cristina Servin?

Cristina Servin was born in August 1991. She completed her education at the California State University. Tony Ferguson has time and again credited his wife for her constant support during his mixed martial arts career. Ferguson’s illustrious MMA career has a lot to do with the incredible support from his wife Cristina Servin.

Tony Ferguson and Cristina Servin got engaged in the year 2011 and shared their vows the following year. The former interim champion kept a private social media life, with not much known about his wife Cristina Servin till 2019. In an unfortunate incident, Cristina Servin made headlines after she filed a restraining order against her husband Tony Ferguson.

Why did Cristina Servin file a restraining order against Tony Ferguson?

Cristina Servin did not file for a divorce or charge Ferguson for domestic violence. According to various reports, Cristina complained that Tone Ferguson was out of character. According to MMA Junkie, Ferguson was suffering from a case of severe paranoia and hadn’t slept for days. Ferguson also complained of a tracking device in his bag.

Cristina filed the restraining order to ensure medical help for Ferguson. She revealed that Ferguson was not behaving in a violent manner. In a statement in March 2019, Mrs. Ferguson called Tony, a great husband, and a father, and requested the fans to respect their privacy during the unfortunate time.

“Tony Ferguson is a good husband and good father to our son.”

“The current legal proceedings are a part of a process to ensure that Tony will receive the help necessary to continue being the best possible, as well as to pursue his passion and career as a UFC champion fighter.”

“All positive well wishes are sincerely appreciated and I hope our privacy will be respected.”

The case of the restraining order was closed in under two weeks, with Ferguson returning to his home. Tony Ferguson was never arrested or charged with domestic violence or any crime during the entire proceedings.

Tony Ferguson and Cristina Servin are blessed with a boy named Arman Anthony, who was born in 2016. Tony Ferguson regularly shares photos with his son Armand. El Cucuy revealed in a recent social media post that the family is expecting a second child soon. 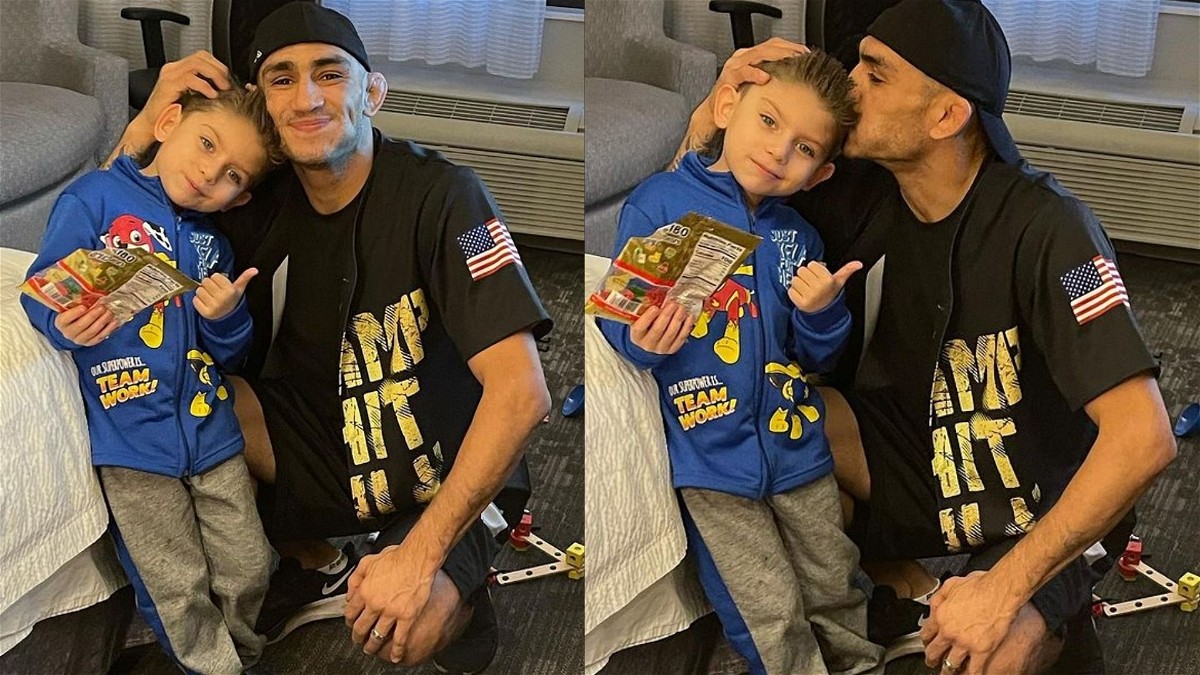 Ferguson had credited Armand Anthony for helping him survive the vicious armbar against Charles Oliveira at UFC 256 back in December of 2020. Tony Ferguson managed to escape a perfect armbar against Charles Oliveira, however, it left him hugely compromised going into the next two rounds. Be that as it may, fans credited Ferguson for his toughness inside the Octagon and his ability to endure pain.

“My Arm Is Aright, The Armbar Was Really Tight. The Thought Of My Son ArmandAnthony’s Ability To Be Double Jointed In His Elbow During That Sequence & My Mental Capacity To Endure Pain Got Me Through It.” Ferguson captioned.

In an Instagram post, Ferguson credited his son and shared how the thought of him made him survive the armbar. Ferguson also promised that fans would never find him in such situations again.

Charles Oliveira UFC Earnings: How Much Has the Brazilian Fighter Earned in Bonuses