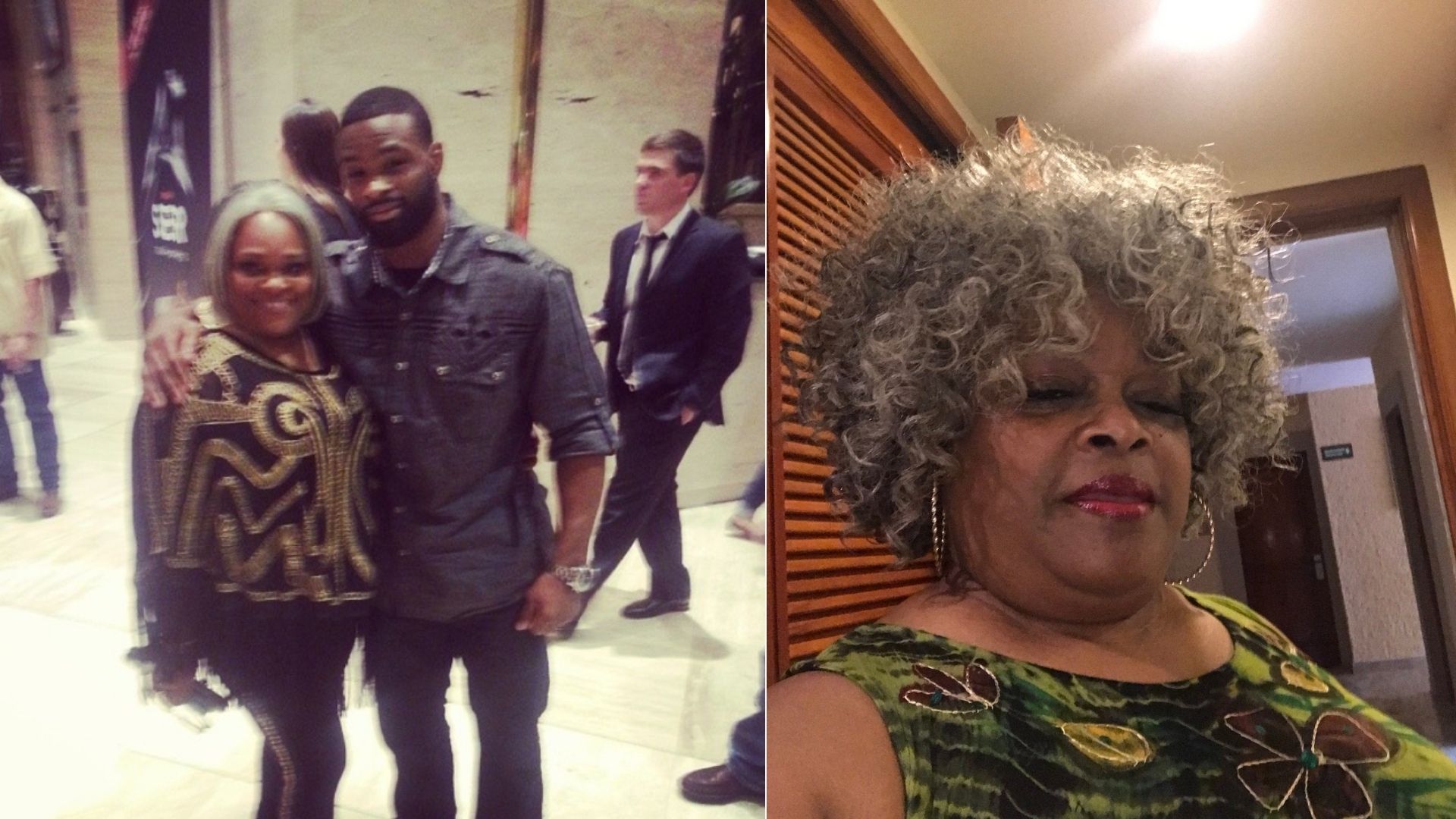 Tyron Woodley is set to take on Jake Paul is arguably one of the most awaited boxing bouts this year. The former UFC welterweight champion will make his professional boxing debut against YouTuber turned professional boxer, Jake Paul, in what promises to be an exciting bout. Ahead of the match-up, Tyron Woodley’s mother Deborah Woodley is making headlines.

Here’s the fracas between Team Paul and Team Woodley. This could have gone much worse. Thankfully not but it was pretty damn tense for a minute there pic.twitter.com/EnKXkI8abg

It was reported that one of Jake Paul’s teammates talked trash with Tyron Woodley’s mother Deborah Woodley. Needless to say, it did not go well with Woodley, who looked visibly aggravated at the entire incident. The situation also led to a bit of a squirmish at the event, with Deborah Woodley becoming the target of Jake Paul’s trash-talking.

Deborah Woodley, fondly known as Momma Woodley in the fight world, is the mother of UFC fighter Tyron Woodley. Momma Woodley is a favorite of many, and the trash-talk from Paul’s team has certainly not gone well with a lot of fans.

Who can forget Momma Woodley’s backstage meeting with Darren Till, where the mother of the former welterweight champion poured her heart out to the English fighter who has just lost the championship bout against her son, Tyron Woodley.

Momma Woodley’s video with Kamaru Usman after Woodley’s title loss against the Nigerian Nightmare also won the heart of fight fans around the world. Momma Woodley’s gratitude, and her kindness to her son’s opponents are duly respected and loved.

“It’s all good, baby. It’s all good. It’s your turn. It ain’t his turn.”@Usman84Kg & Woodley’s mother shared a beautiful moment backstage after #UFC235.

Deborah Woodley is like a ray of hope in a world filled with cruelty and hate. She is sweet, extremely kind, and a gem of a person. Deborah became famous during Woodley’s dominant championship reign in the UFC as the welterweight champion. She raised Tyron Woodley as a single mother after her husband Sylvester left them.

Momma Woodley has been an absolute source of inspiration and continues to shower her love on fans and fighters around the world. She is kind, generous, and a part of the entire MMA community.