Sean O’Malley looked in complete control as he put up a dominant performance against Thomas Almeida in the main-event as he secured a stoppage win in the third round to jump back to the winning ways. Sean O’Malley was coming off a TKO loss over Marlon Vera and had a lot to prove going into the fight. 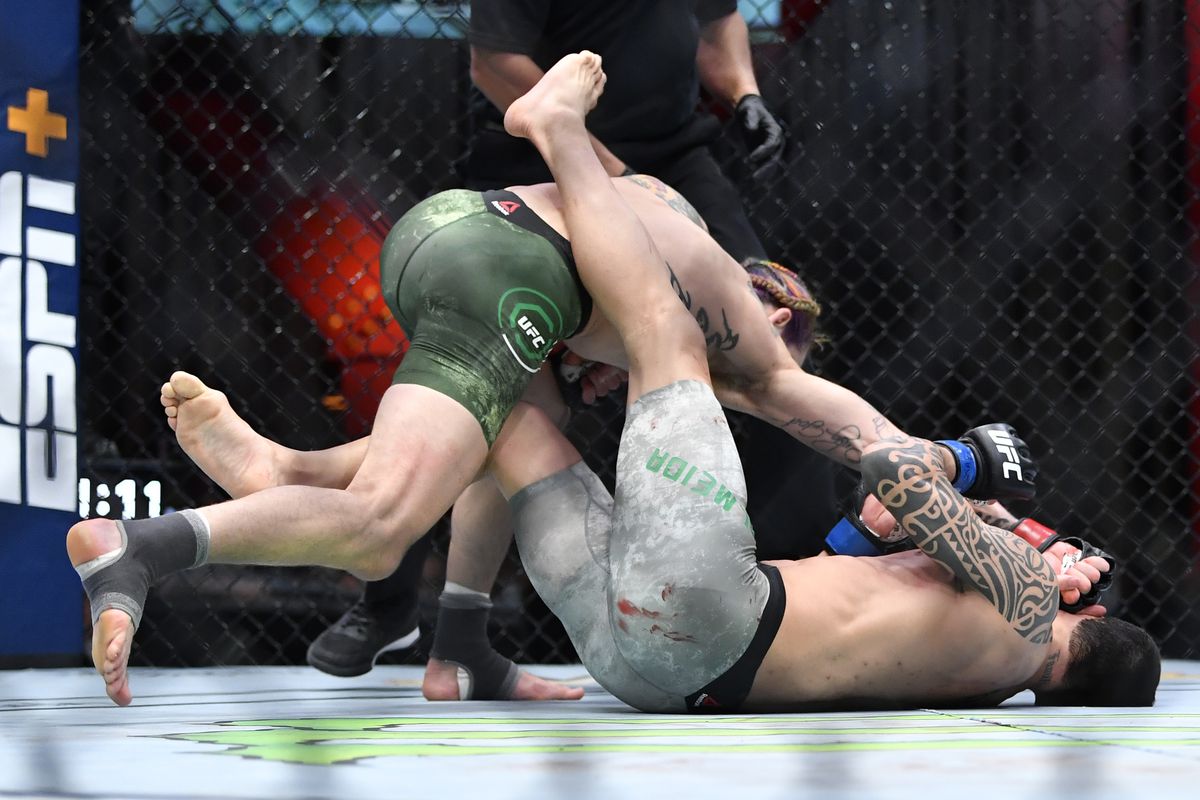 “He is tough. That dude is legit.” O’Malley said in the post-fight interview about his opponent Almeida who showed incredible toughness in the face of some grueling shots from the Sugar.

“I got to prove a lot of stupid people that they are stupid.” Needless to say, O’Malley’s win over Almeida must have answered a lot of critics, what with legendary boxing coach Teddy Atlas heaping praise on the rising bantamweight contender.

In a series of tweets, Atlas just couldn’t help but compliment O’Malley for his unorthodox approach inside the Octagon.

Almeida – O’Malley, I haven’t seen someone this talented and unorthodox since maybe Prince Hamed in 80’s. And literally a colorful style. @SugaSeanMMA #UFC260 #UFC

As difficult as it is to deal with O’Malleys style give credit to the steady and solid Almeida. Not an easy assignment. #UFC260

You need to use feints before just attacking with O’Malley, make him move too soon then come. Easier said than done. Wow special talent @SugaSeanMMA #UFC260 #UFC

Atlas called him special and brokedown O’Malley’s boxing style as he complimented the bantamweight contender for his technique and instincts inside the Octagon.

Title contender Michael Chandler also took to Twitter and complimented Sean O’Malley for his vintage performance inside the Octagon. O’Malley dominated Almeida from the let go, as he landed a brutal kick to the head that’s deemed to take Almeida down. However, as O’Malley tried to walk off, Almeida got up and recovered quickly in what appeared like O’Malley might have made a mistake by trying to walk-off too early in his attempt to once again give a highlight reel.

However, when everything was said and done, it was yet another highlight-reel win for Sean O’Malley. Check out the Twitter reactions here.

Also Read: Who are the Training Partners of Francis Ngannou?

And @sugaseanmma impresses again. Still undefeated! And how about the grit of Almeida. #UFC260

Giving Almeida props for hanging tough. Especially in that first round. Took a head kick. O'Malley did his thing 👏 props. #UFC260

Meanwhile, former welterweight title challenger Darren Till expressed his interest in a potential Cody Garbrandt vs Sean O’Malley. Needless to say, both the fighters have had their fair share of back and forth on social media. However, the rivalry between O’Malley and Garbrandt took the backseat after O’Malley’s last loss. Be that as it may, now that O’Malley is back in the winning column.

No bad blood 🤝 Respect between too finishers. #UFC260 pic.twitter.com/FQsYxAPOAQ