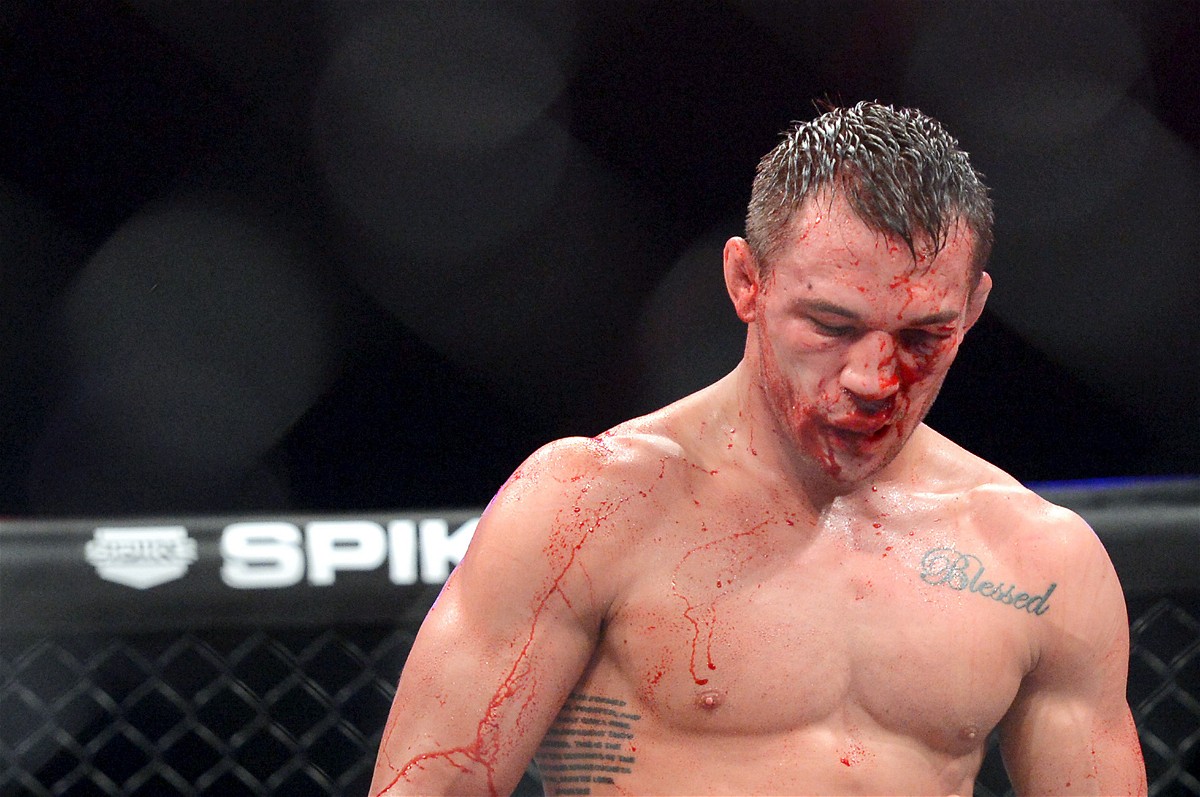 The former lightweight Bellator champion failed to secure the UFC lightweight championship as he suffered a knockout loss against Charles Oliveira at UFC 262 in what was an exciting fight.

Michael Chandler is a veteran of the game and has been competing for over a decade. But, he did not make his UFC debut up until UFC 257 where he knocked out one of the toughest UFC lightweights, Dan Hooker. While fans criticized the promotion for giving Chandler a title opportunity with just one win inside the UFC Octagon, Chandler showed why he can compete among the big names in the UFC.

Michael Chandler vs Justin Gaethje Fight of the year

After his failed attempt to win the undisputed lightweight champion, Michael Chandler took on the most violent man of the division, Justin Gaethje. The first round of this fight was one of the craziest rounds of the year.

Chandler had his moments early on and even wobbled Gaethje. However, Gaethje was the busier man in the second and third round and landed some brutal shots. At UFC 268, Gaethje handed Chandler his second UFC loss.

Despite the failed attempt at securing the UFC lightweight championship, Chandler’s domination in the first round and his display of power in the lightweight division were evidently on display.

Michael Chandler has beaten some of the toughest fighters such as Eddie Alvarez, Dan Hooker, Benson Henderson. But he has faced defeat multiple times in his MMA career. So far four fighters have been able to beat Michael Chandler inside the MMA ring. Let’s find out who are they.

The greatest Bellator featherweight of all time, Patricio Pitbull went up to lightweight to take on Michael Chandler in a highly anticipated matchup. There was bad blood between the two since Michael Chandler had a Knock out win over Patricio’s brother Patricky Freire.

Emotions were high and the atmosphere was tensed as Chandler entered the ring to take on one of the greatest featherweights of all time. Both Chandler and Pitbull have scary knock-out power and they are extremely good strikers. So the fans were expecting a highly competitive fight.

But, Patricio Freire shocked the world and secured a TKO win in just 61 seconds of round 1. Chandler seemed to struggle against Pitbull early on as Pitbull was the faster between the two. Pitbull knocked down Chandler with a overhand right and finished the fight with ground and pound.

This was a controversial stoppage as Michael Chandler was clearly getting up after the knockdown. Though Chandler got hurt momentarily it seemed he had recovered from the damage when the referee called off the fight. Nevertheless, another loss went into the MMA record of Chandler.

Brent Primus handed Michael Chandler his fourth MMA loss at Bellator 180. The fight ended in an anti-climatic fashion. Primus hurt Chandler badly with some nasty calf kicks and the fight was stopped by the ringside doctors in round 1.

Michael Chandler’s left leg was completely compromised as he was unable to even put the weight on his leg to stand up. Since then many UFC fighters have also gone through similar scenarios where calf kicks have hurt them badly during the fight. Sean O’Malley, Conor McGregor, and Henry Cejudo are a few of them.

However, Chandler would go on to fight Primus again at Bellator 212. Michael Chandler vs Brent Primus rematch was an insane fight. And Chandler avenged his loss with a unanimous decision win and became the lightweight champion.

Will Brooks knocks out Michael Chandler

If there is one fighter who has the number of Michael Chandler it has to Will Brooks( 20-5). Will Brooks has beaten Chandler twice in Bellator including one knock-out win.

Interestingly, Will Brooks also fought Charles Oliveira in UFC. And Oliveira secured an easy win over Brooks by a rear-naked choke in round 1. This might be a huge insight for the upcoming lightweight title fight between Oliveria and Chandler.

Read More: How did Chandler earn his nickname “Iron”

The former UFC lightweight champion, Eddie Alvarez has fought Michael Chandler twice while he was in Bellator. Both the fights were two of the exciting fights in Chandler’s career. In the first fight, Chandler was able to win by submission in round 4. But, in the second fight, Alvarez was able to avenge his loss by beating Chandler via a split decision. The fight was extremely close and could have gone either way.

One interesting fact about Chandler is he has never been submitted in his MMA career. Chandler is a highly decorated wrestler and he is certainly one of the best wrestlers in the UFC lightweight division. So it won’t be an easy task for Oliveria to out grappler Chandler and submit him.