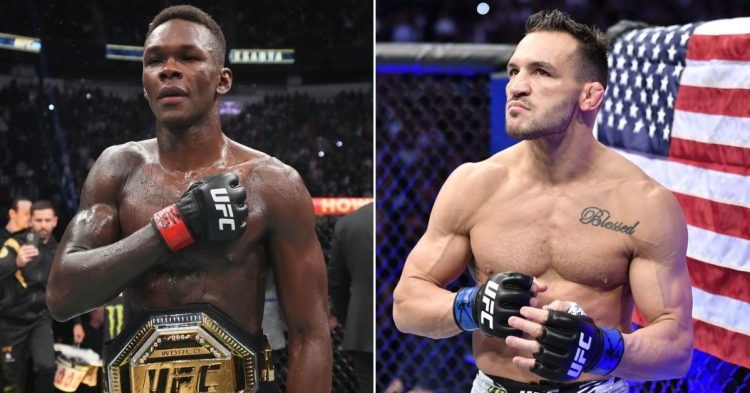 Michael Chandler isn’t too impressed with Alex Pereira’s wins over Israel Adesanya and believes Izzy gets the job done at UFC 281. The former UFC Lightweight title challenger is not counting out the two losses Adesanya has already suffered at the hands of Pereira, however, he feels the Octagon would make a huge difference in the third fight when the Middleweight stalwarts share the cage this weekend.

Speaking to the media ahead of UFC 281, Chandler shared his thoughts on the UFC 281 main event and opined how Stylebender’s fight IQ will prove to be too much for the former Glory kickboxing champion.

It’s hard not to agree with Michael Chandler. While Pereira’s multiple wins over Adesanya cannot be ignored, one seems to forget that this time they will be facing inside the UFC Octagon. The UFC Middleweight Champion is far more experienced in that department and has gone full five rounds numerous times in his MMA career.

On the flip side, Alex Pereira showed signs of fatigue in his fight against Bruno Silva, and while he boasts two stoppage wins inside the UFC Octagon, it will be easier said than done against someone like the Stylebender.

Despite the recent criticism surrounding his fighting style, it won’t be wrong to say that Adesanya has looked incredibly dominant as the Middleweight Champion. He has almost come to the point where he is engaging in rematches after rematches and has never looked to be in a position where he can be beaten.

“Israel Adesanya has looked so unbeatable in so many different ways. Whether it be his strategy, his dominance, his technique, and his skill.” Chandler said.

Israel Adesanya has truly been a generational fighter and has already cemented his position as one of the greatest mixed martial artists of all time. Who do you think gets his hands raised this weekend at UFC 281? Do let us know in the comments section.

Kyrie Irving’s Pinned Tweet With Mentions of Yahweh, Jehovah, and “All Other Names” Sparks Another Debate Among NBA Fans