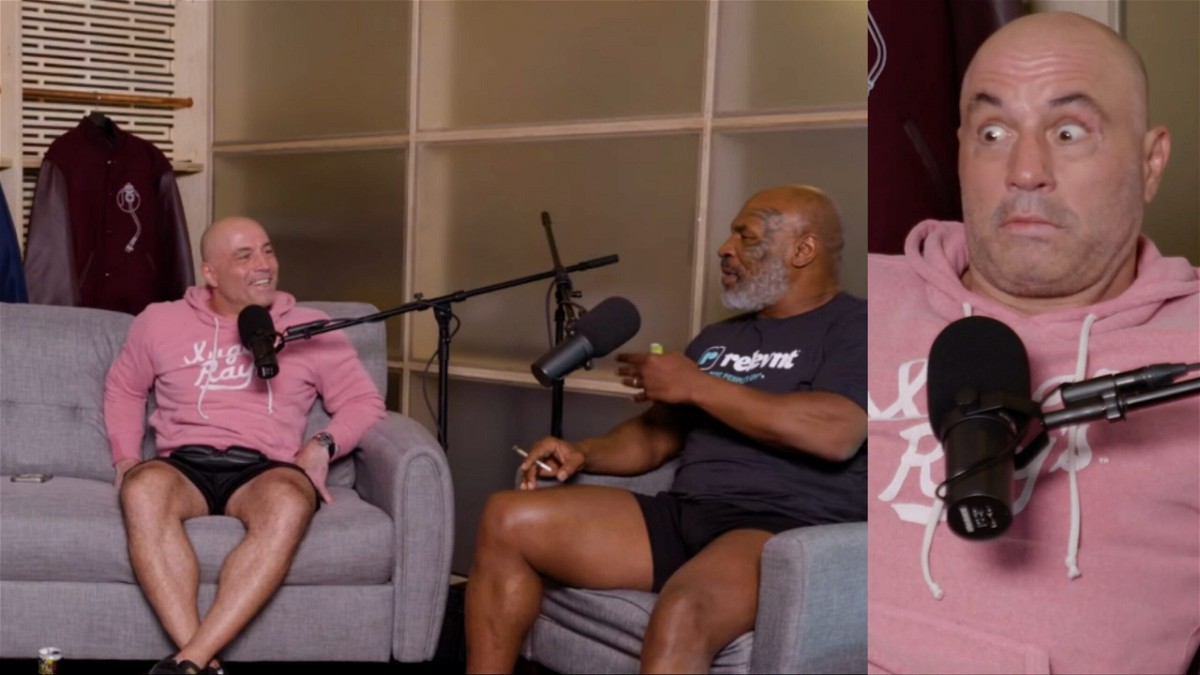 Mike Tyson dropped a bomb on his podcast when revealed to Joe Rogan that aliens exist in the galaxy! He also gave a very convincing explanation for his beliefs.

Very few people in this world are as into the exploration of extraterrestrial life as one Joe Rogan. The comedian has perhaps the biggest podcast in the entire world called ‘The Joe Rogan Experience’. And a significant part of his show is dedicated to searching for the truth regarding UFOs (Unidentified Flying Objects).

The UFC broadcaster has always been fascinated with the existence of alien beings in this universe. Although it is yet to be proven that earth has ever seen a visit from any extraterrestrial beings, Joe Rogan wants to get to the bottom of it.

He has had guests on his podcast with whom he discussed in detail the existence of aliens. He has also shared a lot of theories and posts regarding the matter on his social media platforms. Hence, it is pretty safe to assume that Rogan would be asked about his beliefs wherever he goes. That was exactly the case when appeared on Mike Tyson’s podcast.

Mike Tyson and Joe Rogan share their beliefs regarding aliens

Joe Rogan was a special guest on Tyson’s podcast ‘Hotboxin’ with Mike Tyson.’ The host of the show did not waste any time as he asked Joe Rogan about conspiracy theories regarding extraterrestrial sightings and their existence.

He added, “I don’t disbelieve. I don’t disbelieve but I don’t believe, I think it’s possible.” At that point, Mike Tyson also jumped in with his theory about humans not being the only ones to rule over the galaxy.

A post shared by Hotboxin’ with Mike Tyson (@hotboxinpodcast)

In response to that, Rogan said, “I think there’s definitely some sh*t visiting us over the course of human history.” Tyson ended the exchange just simply replying, “Maybe they’re our conscience.” It generated a big reaction from Rogan who seemed stunned by the former boxer’s observation.