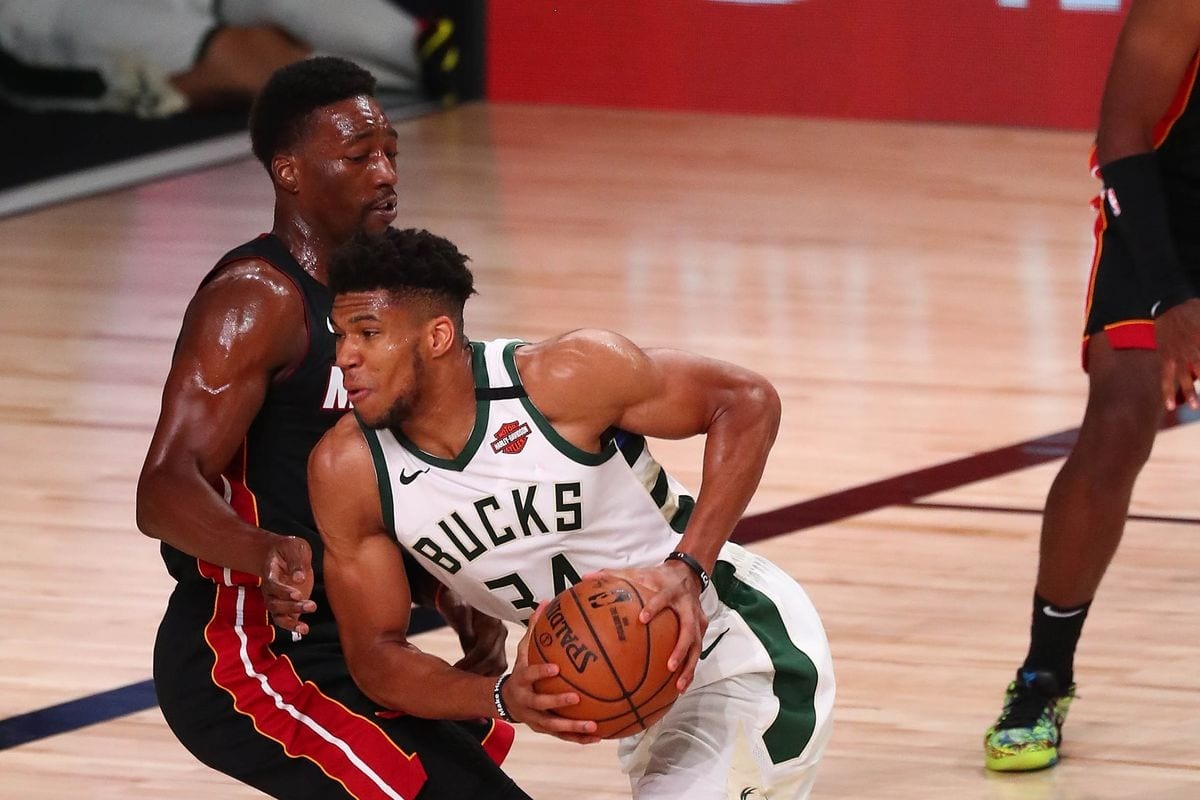 Playoff rivals Milwaukee Bucks and Miami Heat go head to head for the first time in the 2021-22 NBA season. The Bucks enter this matchup as the fifth seed whereas the Heat reach Miluwakee as the third seed.

Milwaukee Bucks return home after losing to the rebuilding Toronto Raptors 97-93. Their loss to the Raptors concluded a successful eight-game streak which has helped the Bucks to climb up the eastern conference. Milwaukee has a deep team that has finally got back together amidst countless injuries. Offensively, Cream City scores about 109.9 points per game and is ranked ninth in the league. With shooters like Grayson Allen and Khris Middleton, Milwaukee is the eighth-best 3-point shooting team as they are shooting 36.2 %.

GIANNIS WINS IT FOR THE @Bucks!

The wild finish to a thriller in Milwaukee! pic.twitter.com/rEf4NDXlqB

Giannis Antetokounmpo leads the Bucks in points and rebounds as he puts up 27.6 points per game while also adding 11.8 rebounds. The Greek Freak is currently third in the race for the scoring title behind Steph Curry and Kevin Durant. Jrue Holiday is leading the Bucks assists with 6.1 per game

With a veteran lead roster, the Miami Heat is the third-best team in the eastern conference. But Miami has struggled in their last few games as they have lost three out of their last five games. The Heat was on fire from beyond the arc, shooting 47.1%. They have been a decent offensive team, averaging 107.7 points per game, as they are the 14th in the NBA.

Like the last couple of seasons, Jimmy Butler has led the Miami Heat both on and off the court. He is leading the Heat in scoring with 23.6 points per game. He is also putting up 5.8 rebounds and 5.3 assists per game.

Milwaukee Bucks vs Miami Heat Match prediction
The home team Milwaukee Bucks are favourites to win against the Miami Heat. Considering the stats, Cream City bests the Heat in the offence department. But Miami holds the upper hand as with the fourth-best defence in the league. But as Giannis Antetekoumpo is playing at a near MVP level, Cream City returns home as the favourites.

How to watch Milwaukee Bucks vs Miami Heat?

The eastern conference matchup between the Milwaukee Bucks vs Miami Heat will be televised on the Bally Sports – Southeast network. Whereas, international fans can watch the match on NBA league pass.