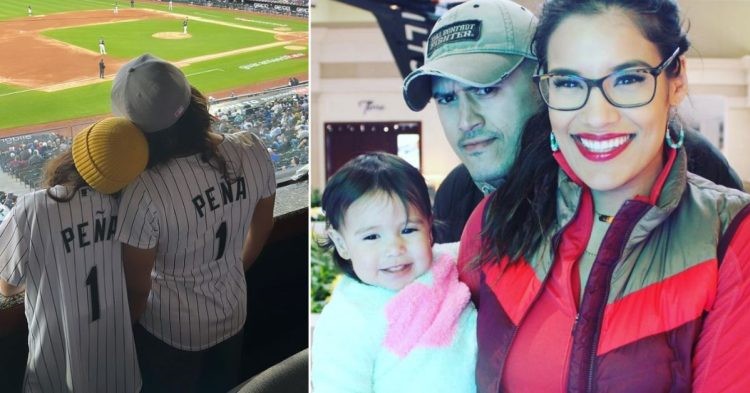 Julianna Pena has revealed that she would never want her daughter to follow in her footsteps as a mixed martial artist. The life of a mixed martial artist is tough, and he/she stands at the cusp of career-threatening injury every time while stepping inside the Octagon. It is one of the major reasons why Julianna Pena would never want her daughter to become a fighter.

When you are a mixed martial artist competing at the top of the game, questions often emerge about whether you would want your kids to follow in your footsteps. It is often the case with boxing where stories of generational boxers are quite common. In the world of mixed martial arts though, they are still rare and unknown.

Pena does however believes that her daughter will have to learn self-defense and whether or not Isabella wants to, “is not up for debate.”

It’s one thing to say Julianna Pena doesn’t want her daughter to grow up to be a UFC fighter. However, Pena states that she won’t stop Isabella from pursuing her dreams if she is passionate enough.

“I say, I want her to be happy! If she’s happy, I’ll support anything she does. And If she’s as passionate and happy about fighting as I was and wants to fight, then I guess we’ll cross that bridge when we get there!” She said.

Julianna Pena’s daughter Isabella Alejandre has been learning jiu-jitsu since she was two years old. The little kid is the owner of Stronghold Jiu-Jitsu Academy, along with her father and Julianna Pena’s husband Luis Alejandre.

Be that as it may, Isabella’s exposure to the world of mixed martial arts is already very apparent. She is present alongside her mother Julianna Pena at all the major UFC events, and it will be interesting to see whether the limelight of the fight life will attract her attention.