“Charles, You Better…” – Paul Felder, Last Fighter to Beat Charles Oliveira Sends an Ominous Warning to “Do Bronx” Ahead of UFC 280 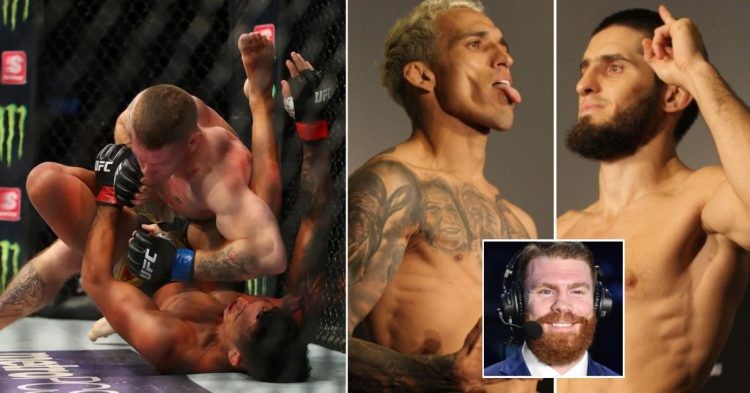 Paul Felder remains to be the last fighter to hand a loss to Charles Oliveira. The former UFC lightweight shared the cage with Do Bronx back in December of 2017, winning the fight via TKO in the second round. The bout continues to be a talking point in the MMA world, and with Islam Makhachev’s fight this weekend, it has become a fight of focus ahead of the hugely anticipated main event in Abu Dhabi for the vacant lightweight gold.

Charles Oliveira is widely regarded as one of the most scariest fighters on the ground in the history of the UFC’s lightweight division. Do Bronx holds the record for most finishes and most submissions in the history of the company, however, Makhachev’s camp has not really given the kind of respect he deserves for his ground game.

Oliveira has been submitted thrice in his mixed martial journey, and a case can be made that he tapped to a barrage of punches from Paul Felder during their meeting almost five years ago. Ahead of quite possibly the biggest fight of his life against an elite grappler in the form of Islam Makhachev, Paul Felder sent out a message to Oliveira.

What happened in Charles Oliveira vs Paul Felder fight?

Charles Oliveira vs Paul Felder started just as every Do Bronx fight kicks off. The Brazilian fighter was quite effective with his low leg kicks, and made great use of his height and reach to land some solid shots on Felder. Oliveira then proceeded to take Felder down and threatened him with submissions for the better part of the first four minutes.

However, it was at the last minute that things started to switch in Felder’s favor, who jumped into Oliveira’s guard and landed some huge elbows.

Heading into the second round, Oliveira once again tried to take Felder down, engaging in a clinch position neat the cage. However, it was at this point that brutal back-to-back elbows from Felder sat Oliveira down, as the Irish fighter jumped on Oliveira for the mount. After a couple of exchanges and some good scrambles, Felder was once again able to mount on Oliveira and some nasty elbows meant, it was game over for Do Bronx.  Islam Makhachev has mentioned the Oliveira vs Felder fight to emphasize the fact that Oliveira doesn’t have a ground game. Be that as it may, this was five years ago and it will be interesting to see how much Oliveira has evolved on the ground in terms of his grappling skills. As far as submission skills are concerned, Charles Oliveira is one of the greatest submission specialists in the history of the UFC.
Tags: Charles OliveiraPaul FelderUFCUFC 280
Previous Post