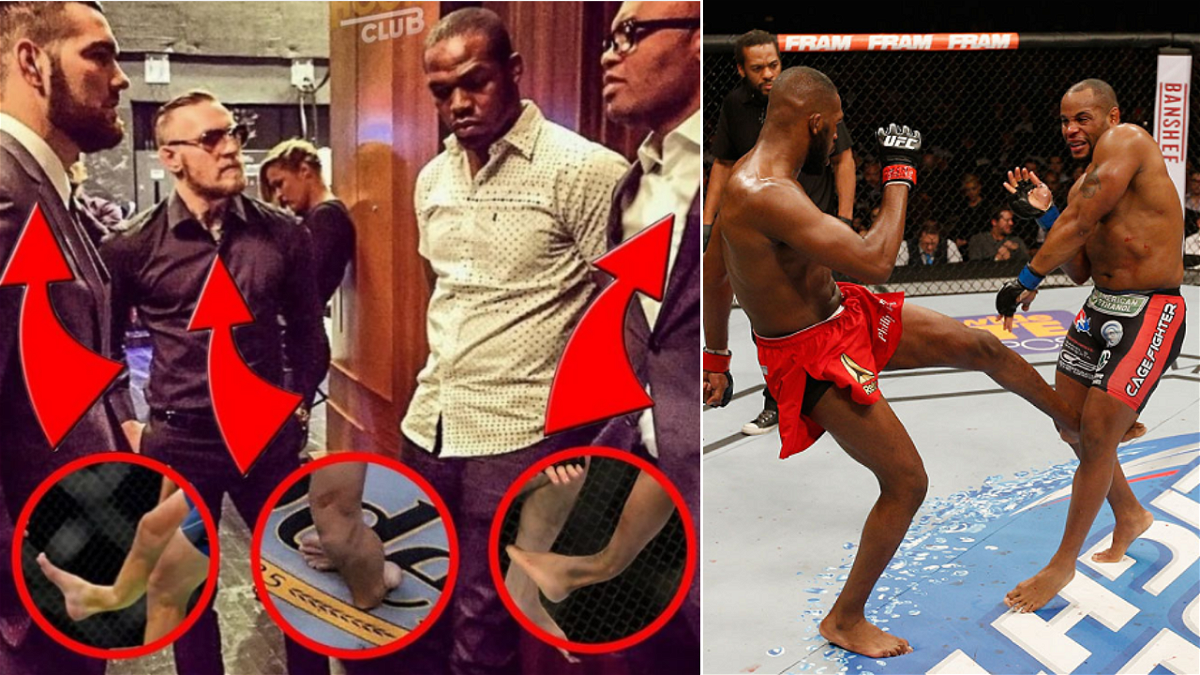 Earlier at UFC 264, the Notorious went through a frightful injury during the final seconds of the first round of his fight. His ankle snapped giving fight fans an unwanted ending to the trilogy bout against Dustin Poirier. Just after that an image of Conor, Jon Jones, Anderson Silva,  Chris Weidman having a discussion floated all over social media.

Why are fight fans worried about Jon Jones?

Conor McGregor, Chris Weidman, and Anderson Silva have faced severe leg injuries during their fights. Hence fight fans started calling it a curse of the MMA world after a photo surfaced on the internet showing the three fighters with Jon Jones. MMA fans fear that Jon jones might be the next victim of some unwanted injuries.

The force generated at that moment could have probably stopped anyone. The mishap at the second round of UFC 168 was the reason his career went down the hill. Often regarded as one of the best fighters had to face defeat 5 times out of 7 after his return in 2015. 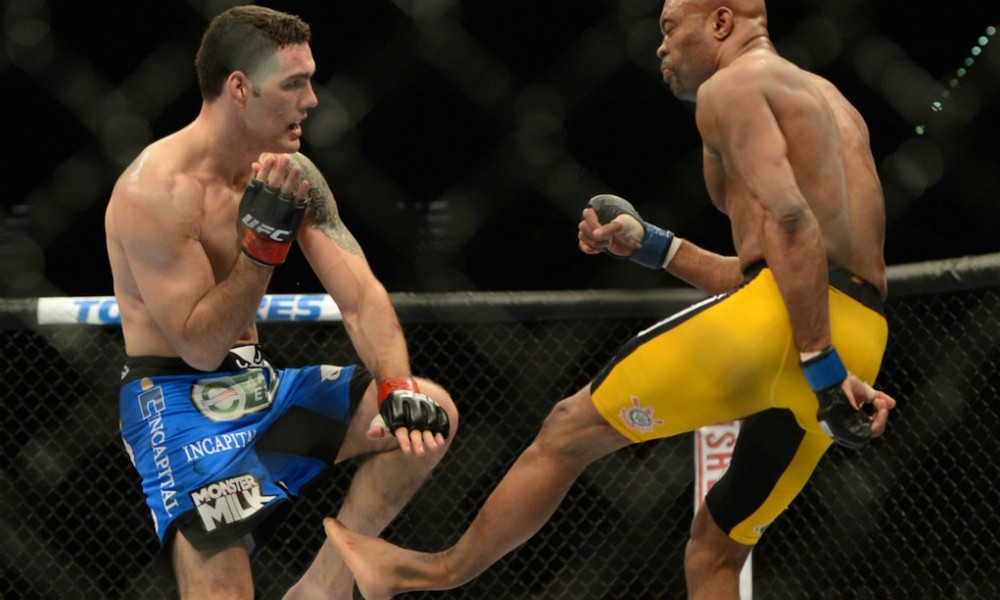 Another man in the picture who faced one such horrific accident is Chris Weidman himself.  Not long back Chris was facing Uriah Hall at UFC 261. Where only the first strike of the fight led to an injury.

Chris’s leg was broken while absorbing a kick from Uriah Hall. Anderson Silva then tweeted a speed recovery wish which reminded the fans of his accident back in 2013. Currently, Chris is under-recovery.

Now, after all these three fighters, we are left with Jon Jones, for whom people are afraid that he might be the next victim. Currently, Jon Jones is the no 1 ranked in pound-for-pound rankings by UFC.

He is preparing himself for moving to the heavyweight division. If such an incident happens with him, fight fans will watch another champion fighter falling down to injury. Even UFC middleweight fighter Sam Alvey posted the picture on the photo-sharing platform Instagram and captioned it with ” I am never gonna kick again”.