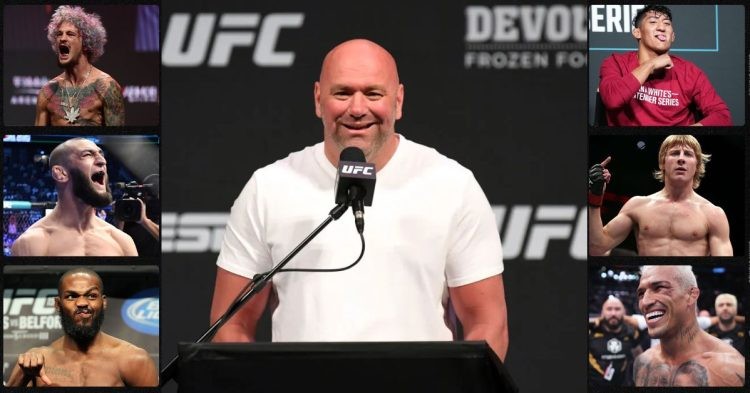 Dana White seems to have everything figured out. Arguably the most successful promoter in the modern era, White is a true genius and it shows the kind of success that UFC has achieved over the years. UFC is the biggest mixed martial arts promotion by a long mile and Dana White deserves all the praise and credit.

“What I am working on right now for the next 6 or 7 years for this sport, this PI that we have built is a fucking game changer. The one that’s in China. We are opening one in Abu Dhabi, we are opening one in Mexico. I am eventually gonna get to Puerto Rico, but then we are going to Africa first after Mexico. And once I get these places built, and these young kids that are in these areas start to train.”

Most recently, White appeared on the latest episode of the weekly podcast Action Junkeez and shed some details about his master plan for the coming years.

The s*t that you are going to see over the next 6-7 years and especially how educated these guys are gonna be on training and cutting weight, and eating and all the things that they teach over at the PI, recovery, all the stuff that they are teaching at the PI is gonna be a huge game-changer.” White revealed.

White is quite far-sighted in terms of what he intends to achieve and rightfully so. White, with his business acumen and sharp decision-making abilities, has been able to transform UFC into the biggest mixed martial arts promotion in the world.

Listening to him talk about his plans for the future, now we know why UFC under Dana White is always going to be a success story. White is not just focused on making his already popular fighters more popular but has his eyes set on the grassroots development that needs to happen in the sport of mixed martial arts.

UFC Performance Institute will expose up-and-coming fighters to trained individuals and professional athletes, paving a smoother and easier path for them to realize their MMA dream.

UFC is almost synonymous with MMA and the credit for that goes to the company and how it has marketed and promoted itself. White’s focus on countries other than the United States and England has really been the strong suit that is driving the UFC to greater heights.