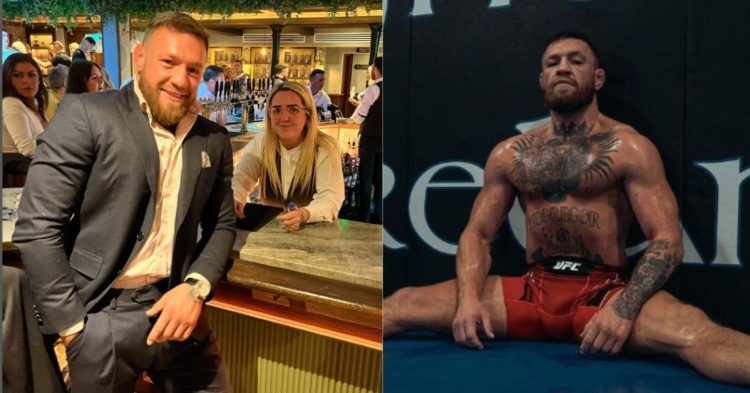 Amid speculations of his octagon return later this year, It was announced that Conor McGregor will make his Hollywood debut soon. The former UFC two division champion joins Jake Gyllenhaal in the remake of 80’s classic movie “Road House”. And it seems McGregor is going to be in a leading role in the movie.

Now fans have been waiting for Conor McGregor’s hollywood for years now. He has been the biggest star in combat sports world for a long time and his popularity will still sell tickets let it be in an arena or in movie theatre.

However, The Notorious always put his business ventures and MMA career ahead of his aspirations for Hollywood. He even declined an offer to star with Fast and Furious’ star Vin Diesel after his loss to Nate Diaz in the first fight.

But, now that McGregor has committed to a career in Hollywood does that mean he is walking away from the sport of MMA?

Recently, Conor McGregor addressed all the speculations and sent a cryptic tweet, which has the fans convinced he is retiring from the sport.

Though McGregor did not ellaborate his future plans with UFC fans started to speculate that this might be it for The Notorious.

The fans were not shocked after McGregor’s tweet. This is not the first time McGregor has teased retirement. The former UFC champion has announced retirement before to allegedly get an edge in the negotiation with UFC. Afterall, he is the only star in UFC who can sell over 1 million PPV for his fight.

However, Conor McGregor is not even planning to return to the octagon in the near future. Other than that, he has gone through gruelling rehab after his leg injury at UFC 264. McGregor is on a two fight losing streak and him possible winning back the UFC title is very unlikely at this point of his career.

Many fans would even agree that Conor McGregor’s prime is behind him. So if McGregor wants to try his luck in Hollywood, put on bouts in boxing, which has been another aspiration for him, and bid farewell to MMA, then it won’t be surprising.

However, McGregor’s team did made clear that fighting is going to be the main focus for McGregor despite his Hollywood career.