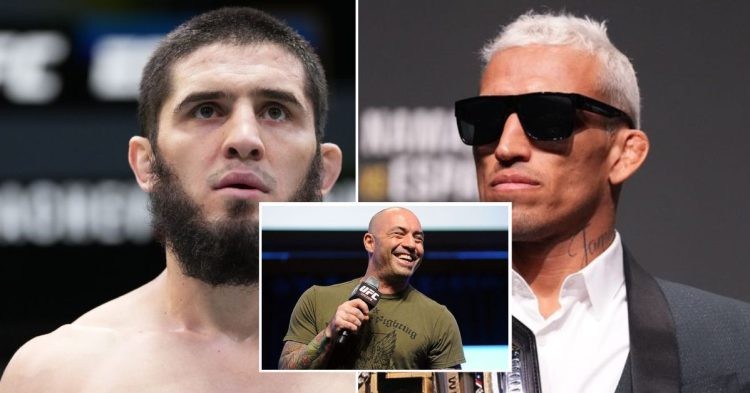 Joe Rogan won’t be behind the commentary desk for the highly anticipated title bout at UFC 280 as Charles Oliveira looks to become a two-time lightweight champion of the world as he takes on surging lightweight contender Islam Makhachev in the main event of the UFC PPV.

Joe Rogan, who has become the voice of MMA over the years will not be present to call the fight. The broadcasting duties for UFC 280 will be handled by Joe Anik, Daniel Cormier, and Paul Felder.

Joe Rogan, who is a huge mixed martial enthusiast is quite excited about UFC 280, however, the renowned podcaster won’t be calling the fight live from Abu Dhabi. Why? Because Rogan doesn’t like to travel. You heard that right!

No, Joe Rogan has stated that he won’t be at UFC 280. The promotion had announced Paul Felder as Rogan’s replacement for the event, who will team up with Daniel Cormier and Joe Anik for the broadcasting duties.

Joe Rogan had earlier revealed that he has no interest in going through long hours of travel. Rogan was absent for UFC 275 which took place in Singapore back in June earlier this year. Michael Bisping replaced Joe Rogan on the desk, with Rogan missing out on one of the most exciting fights in the history of the light-heavyweight division.

Rogan’s thoughts on the fight are quite simple. While the narrative of Makhachev dominating Charles Oliveira on the ground continues to be, Rogan believes “it’s deep sh*t” for even Makhachev if he goes to the ground with him.

“It doesn’t matter what is happening in a fight if you go to ground with him it is deep sh*t”. Rogan said on the JRE podcast.

Do you think Charles Oliveira gets the better of Islam Makhachev at UFC 280? Or will the Dagestani fighter once again dominate his opponent with his grappling? Only time will tell.