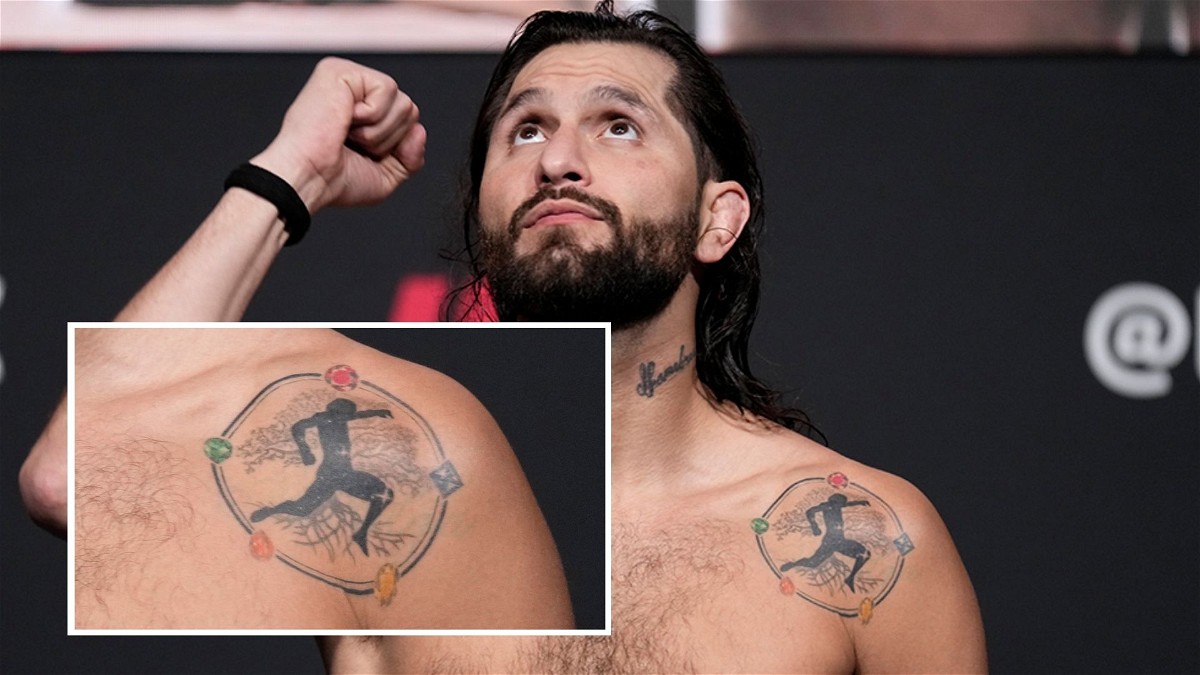 Jorge Masvidal successfully made weight for his 5-round showdown against Colby Covington this weekend inside T-Mobile Arena in Las Vegas. Masvidal was spotted donning a temporary tattoo featuring his flying knee KO win over Ben Askren’s fight. Needless to say, the logo grabbed the attention of many fight fans. It won’t be wrong to say that ahead of what promises to be one of the most awaited fights in the history of the UFC, Masvidal is hinting at a quick finish akin to his stoppage against Ben Askren.

Jorge Masvidal concluded his rivalry with Ben Askren with a vicious flying knee KO in what was the fastest knockout win in the history of the UFC. Masvidal answered his critics and the trash talk from Ben Askren, in a manner that only speaks volumes about the UFC’s “Baddest Motherf****r.” Needless to say, Masvidal could be looking at a similar finish to put an end to his rivalry with a former friend turned bitter rival Colby Covington, once and for all.

With both Masvidal and Covington successfully making weight, it closes the final chapter of the lead-up, with UFC 272 just around the corner. In what has been a grueling back and forth between both the fighters, Covington and Masvidal will finally settle their rivalry inside the Octagon.

Masvidal and Covington are former training partners, having cornered each other on multiple occasions inside the Octagon. The bad blood between both brews from Covington’s alleged non-payment to Masvidal’s striking coach Paulino Hernandez. While Covington has stated that he paid his dues to Hernandez for his help, Masvidal has vehemently denied the same. The pre-fight press conference also had all kinds of moments, with UFC having to double up on the security during the face-off.

Opinions are mixed about who wins this fight this weekend, with fight fans equally confident about Masvidal’s knockout power, and Covington’s all-around game.