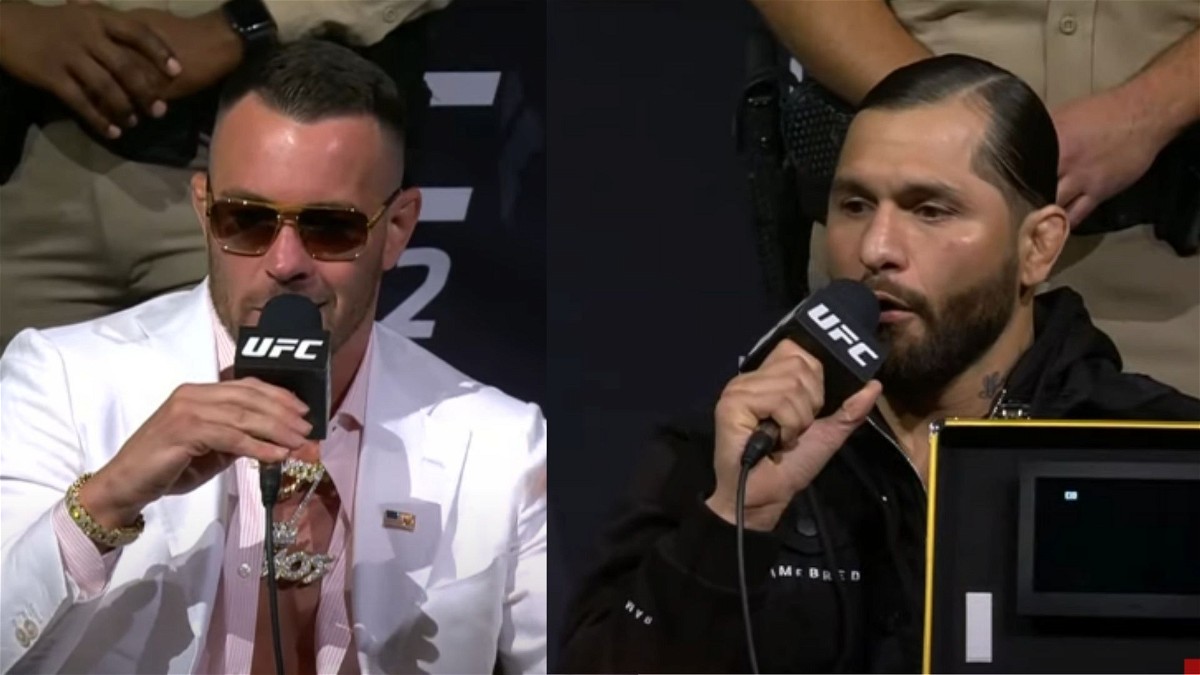 Jorge Masvidal and Colby Covington came face to face for the first time ahead of their grudge match at UFC 272 in the pre-fight press conference. The verbal warfare was at full display as both Covington and Masvidal shared bitter words, often getting personal on some occasions.

Needless to say, that’s not something that is surprising from both the fighters, considering the bad blood, which goes beyond just selling the fight, things got really heated up between both the welterweights.

In a heated exchange, Masvidal claimed that Colby Covington won’t receive the PPV cut from UFC 272. It’s common knowledge, that more often than not, the main-event fighters get paid a share of the PPV revenue. It looks like Colby Covington might not be getting any PPV points from the fight as per Jorge Masvidal.

“Tell them to buy that PPV Colby, you don’t get any points on it.”

“Please get the PPV, because I get paid on it, and he doesn’t.”

“Tell them to get the PPV”

A lack of response on the same from Covington also seems to establish the claim. “I want to fight this fight for free bro,” Covington said in response.

Jorge Masvidal signs a new contract with the UFC

Ahead of the fight, Masvidal took to Twitter to announce that he has signed a new contract with the UFC which according to his manager Malki Kawa, makes him one of the highest-paid athletes in the UFC, possibly just behind Conor McGregor and Israel Adesanya.

Thank you Hunter Cambell and @danawhite and my team @malkikawa @Abraham_kawa and @FirstRoundMgmt for making sure my kids will never go hungry again #blessed pic.twitter.com/C2yk5l5pru

Jorge Masvidal and Colby Covington will finally get to settle their rivalry inside the Octagon this weekend inside T-Mobile Arena in Las Vegas. Both the fighters share genuine bad blood with each other, and it goes without saying that the lead-up has made it more and more evident.

It will be interesting to see who gets his hands raised this weekend at UFC 272. Needless to say, the winner of the fight will grab the bragging rights.