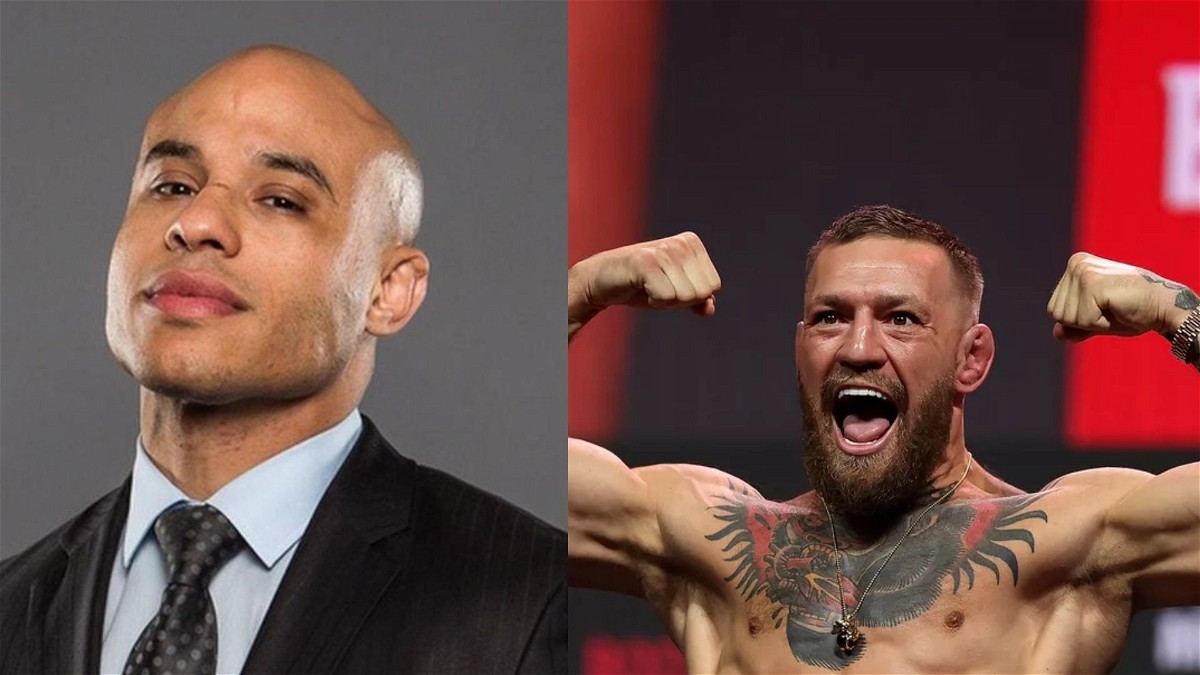 After Conor McGregor suffered a horrific loss due to Doctor’s stoppage at UFC 264, there were many superstars and analysts who were quick to comment on The Irishman’s future in the promotion. In addition to that, fighters like Rafael Dos Anjos, Khabib Nurmagomedov, Al Iaquinta had some harsh words for McGregor’s performance in the octagon.

From this list of notable people Khabib Nurmagomedov‘s manager Ali Abdelaziz who has a very terrible relation with Conor McGregor has lashed out on the Notorious after his trilogy fight. Abdelaziz went on a complete rampage while speaking in an interview with MMA Junkie.

In reality, f*ck him,” Abdelaziz said. “I don’t really care about him. He’s easy money. I hope he’s healthy. He can come back (and) fight (Justin) Gaethje, Islam (Makhachev), or Beneil (Dariush). He’s an easy payday for everybody. He’s become, like I said, he’s a prostitute. Guys use him right now for hype. That’s it. Because he’s easy money. He can not beat anybody in the top 10 or the top 15. He cannot compete with these guys anymore. He cannot.”

Conor McGregor and Ali Abdelaziz have always been disrespectful to each other and have never missed an opportunity to diss their counterpart on social media. As a result, after McGregor suffered a defeat against Poirier at UFC 264, it was quite obvious that Abdelaziz would criticize The Irishman.

Ali criticized the entire team of McGregor and expressed his hate for The Notorious in an interview with MMA Junkie. “He’s his own manager; he’s his own trainer; he’s the head coach; he’s everything. When you have a whole bunch of ‘yes’ people around you, he’s not evolving his game. At the end of the day, good always defeats evil. He’s an evil human being. He can say whatever he wants. Of course, I don’t like the guy. But if he does something good, I’ll give him credit.”

After many analysts had criticized Conor’s ground game in the trilogy it looks like McGregor should make some changes in his coaching staff. This is because Ali’s words are very true that if he wishes to reach the top, it is very necessary to improve his takedown skills and evolve his game. Therefore it is needless to say that Conor McGregor will respond to Ali Abdelaziz’s statements and it will be fascinating to read his comments.