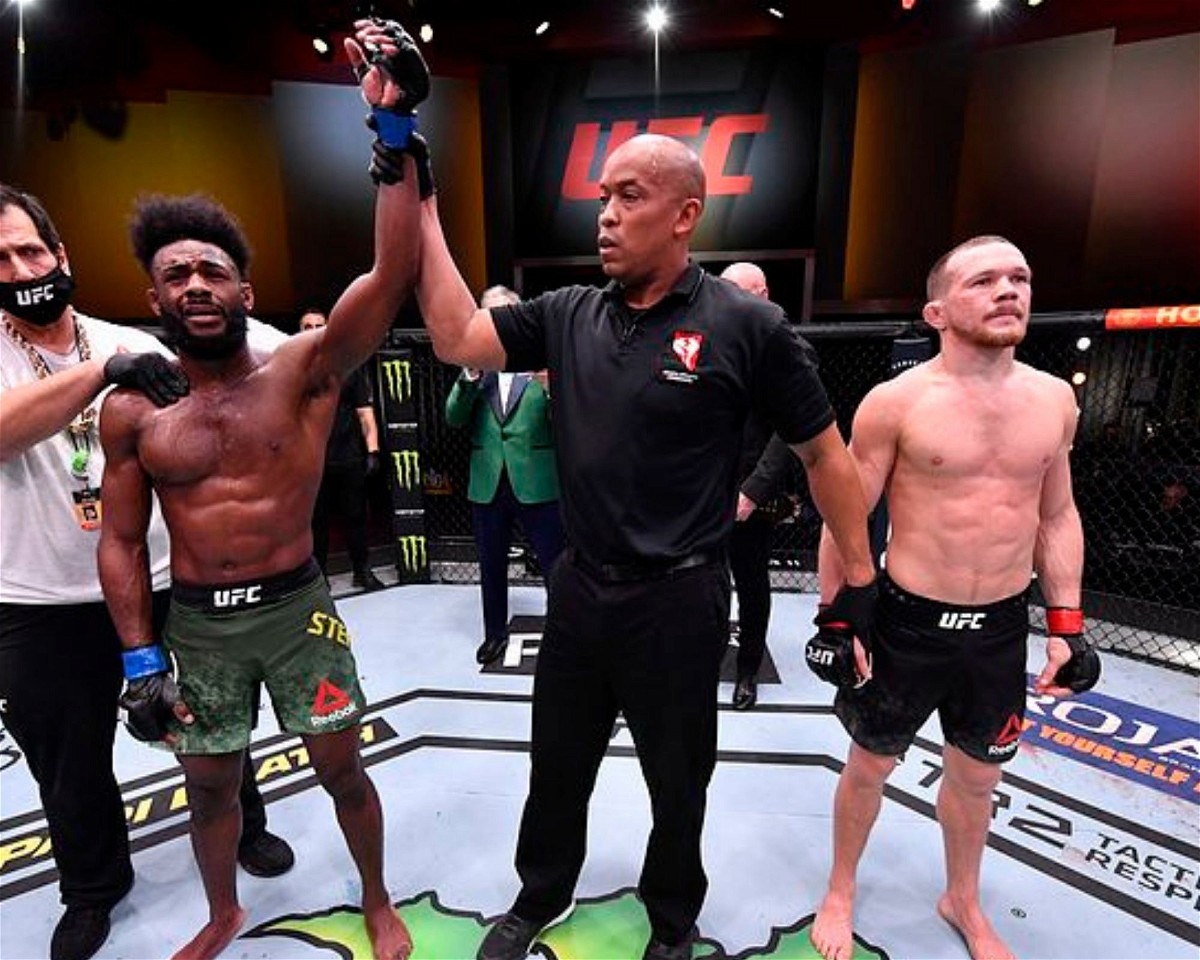 Not long ago, Aljmain Sterling won the UFC bantamweight title against Petr Yan via disqualification after an illegal knee in the fourth round at UFC 259. However, even after a controversial end to the fight, the rematch between both the fighters was scheduled at UFC 267 this October. Unfortunately, Sterling has been removed from his title defense due to neck issues. He recently went through surgery for an injury back in college.

Interestingly, shortly afterward the news, the Funkmaster was sparring with his friend Merab Dvalishvili ahead of his fight against Marlon Moraes at UFC 266. UFC president Dana White tweeted a video of him practicing with Merab a few minutes before Dvalishvili’s fight.

Moraes vs Dvalishvili is LIVE NEXT on ESPNNews and @ESPNPlus! #UFC266 pic.twitter.com/zfSe72oA84

Fight Fans reacted in an obvious displeased way after seeing Aljamin sparring with Merab but pulling of fights at the same time. A fight fan wrote:

@danawhite Aljo can’t fight Yan but can do this bullshit ????

Many others demanded UFC to stripe him off the title as well.

Now, this has raised questions over the veracity of his injury. That only Aljmain Sterling can validate. Moreover,  Sterling chose to go through surgery just after the fight world wanted a rematch for his controversial win. He has accepted that he was living with the injury for nearly 10 years, since his college days. Hence, having the surgery at such a time doesn’t make much sense.

Even Yan was furious about his decision and asked UFC to stripe him off the belt. Nevertheless, their rematch was finally scheduled at UFC 267 only to get canceled. Consequently, Petr will most probably be fighting an interim title at UFC 267. However, his replacement is not announced.

Not the way I ever want to win a fight. It was close, competitive, and filled with action. I felt the knee was intentional, especially after the ref announced I was a downed opponent, so I didn’t expect to be hit.

Ironically, After Sterling won the fight via controversy he denied taking the belt in the ring. Saying “he never wanted to win the title this way”. But since then, his opinion has changed as he calls himself the rightful champion now.