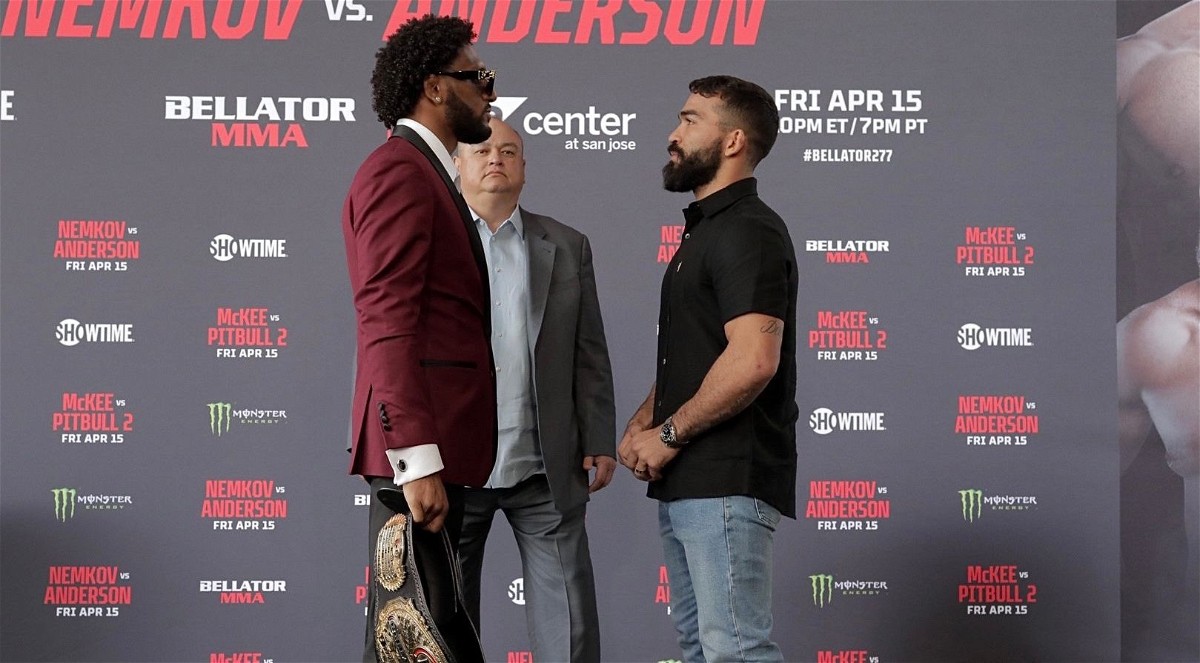 A.J. McKee created history on July 31 of last year when he became the first fighter to defeat the former Bellator featherweight champion Patrício ‘pitbull’ Freire in almost 4 years. McKee secured the victory by catching Pitbull in a guillotine choke. They are set to run it back on Bellator 277.

It came as surprise to most as the Brazilian was the odds on favourite to win the fight. Patrício is often touted as the best fighter to ever fight under the Bellator banner. Hence, beating the 34-year old former double champion was a major achievement for the young undefeated fighter.

Make your prediction for the biggest fight in Bellator history! ????

Although he got the job once, can A.J. McKee repeat the feat once again in the rematch which is scheduled for Bellator 277? Although the 27-year old will be favoured to win the fight, Pitbull will be a live dog who can hand McKee the first loss of his career.

Other than the featherweight championship in the headliner, Bellator 277 will also have the light-heavyweight championship on the line in the co-main event. Champion Vadim Nemkov will face former UFC fighter Corey Anderson in the final of the 205lbs Grand Prix final.

#Bellator277 this Friday – do not miss this card pic.twitter.com/lp5xSl7Hyd

Bellator 277: Where is it taking place?

Bellator 277: How to watch the event in US, UK and Australia

Mixes Martial Arts (MMA) fans all around the world would not want to miss the event at any cost. With two young and dominant champions at the forefront, this will be an opportunity for Bellator to show off how good their roster really is. Let us find out how to catch the event throughout the world.

Fans who live in the United States of America can watch the event live for free on Showtime on April 15. The main card will start from 7 pm PT/10 pm ET. The prelims will go live at 4 pm PT/7 pm ET.

The British fans can stream the event live on BBC iPlayer. However, they may have to sacrifice their sleep as the main card will go live from 3 am in the United Kingdom on April 16.

The event will be available for free for the Aussie MMA fans as well. They can stream the event live on 10 play from 1 pm AEST on April 16.