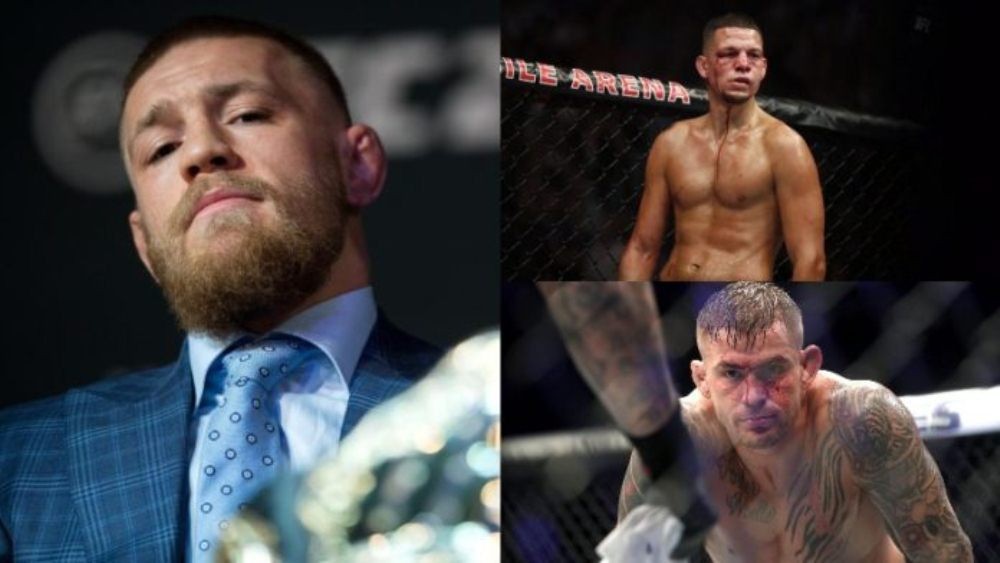 Only a few days are left for the anticipated action-packed UFC 264 event to take place at the T-Mobile Arena in Las Vegas. However, the talk of UFC has been the main event featuring Dustin Poirier and Conor McGregor. The epic rivalry between The Diamond and The Notorious will come to an end as they step into the Octagon this weekend in the main event.

As we inch closer to the event, Conor McGregor has revealed some important details regarding his matchup against Poirier in an interview. While speaking to TheMacLife, the Irishman has detailed the difference between his training camps for the Nate Diaz fight and the Dustin Poirier trilogy battle.

“The only difference between the Nate Diaz fight and this fight is that I’m throwing kill shots now. Every shot I’ve thrown in this camp is a kill shot. So, you know, that’s it. I’m gonna kill this man.” During the interview, The Irishman also revealed his mentality coming into this big fight against Poirier. “Yeah, for sure. Corpse. It’s a corpse. I don’t give a fu** about him, to be honest. It’s just how I am. He’s a corpse, a dead body, a blank face that’s gonna get his a** whooped and took out on a stretcher.”

There is no doubt from his interview with TheMacLife that the Irishman will look to take revenge for his knockout loss at UFC 257 by putting the Diamond to sleep on 10th July.

Subsequently, let’s analyze the difference between his strategy for the rematch against Diaz and his new game plan against Poirier. This is the second rematch of McGregor’s career after losing to an opponent, and he will stop at nothing but to prove why he will go down as arguably the greatest mixed martial artist of all time. For his rematch against The Stockton Slugger, McGregor knew going into that fight that he has to be sharp and endlessly be at the face of Diaz. Because he learned during their first faceoff that it is almost impossible to knock out Stockton’s own.

Additionally, the weight difference, considering McGregor moved two weight classes made a huge difference. As a result, he tried to tag Nate Diaz as frequently as possible. Moreover, he pressured the Stockton Slugger by mixing his tactics and using leg kicks throughout the fight.

In the end, Conor McGregor earned his redemption by winning the rematch against Nate Diaz via majority decision. However, his game plan for this trilogy fight is very simple which is to land big shots and finish the fight quickly. This is because, unlike the Diaz fight where he knew in the back of his head that it will be very difficult to finish him, McGregor looks confident of putting Poirier to sleep.

McGregor strongly believes in his striking prowess going into this fight because he landed some big shots and rocked Poirier during their rematch at UFC 257. As a result, Conor McGregor will act according to his strategy which involves landing “kill shots” to shut the lights on Dustin Poirier in a statement win after his horrific KO loss back at UFC 257.