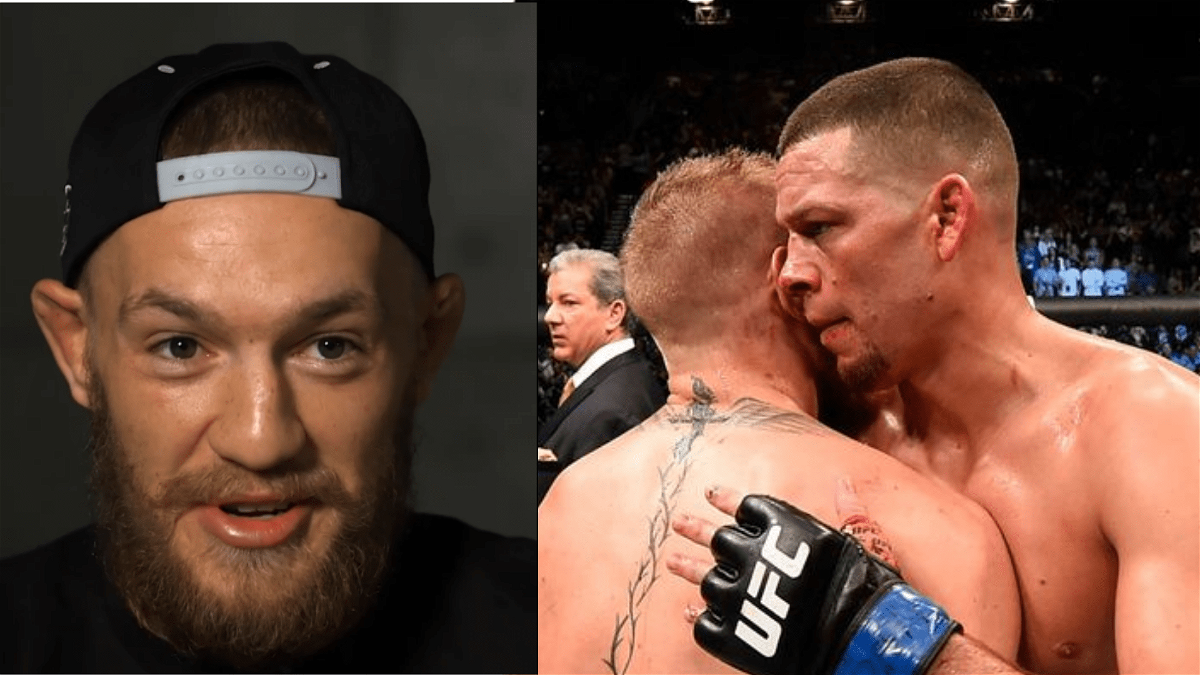 Conor McGregor is certified as one of the greatest athletes in UFC. Moreover, his achievements in the promotion, as well as success outside the company, speak for themselves. Ahead of his much-awaited trilogy clash against Dustin Poirier, UFC has posted a video of Conor McGregor’s first interview in the UFC. Taking a look a the first time when the Notorious appeared behind the UFC microphone, it’s a sight that’s filled with pure nostalgia.

During the interview, McGregor had shared his experience regarding his stay in the USA and spoke about various other topics. The Notorious also mentioned 8 years back that he would go on to become the UFC featherweight champion and rightfully so.

“100%, I will be the UFC Featherweight Champion.”  The Irishman translated his confidence into success as he won the Featherweight Belt in 2015 after defeating Jose Aldo via knockout.

Ever since Conor McGregor joined UFC he had an overwhelming pressure of performing well. But the Irishman was never fazed by the burden. With Irish fans showing their support to one of their own, McGregor recalls how he doesn’t feel any pressure despite the outrageous support and the pressure that comes with it. “Put more pressure on me because I don’t feel any pressure. Throw a few more nations on because I don’t feel that weight.”

Later in the interview, The Notorious revealed how he took inspiration from other fighters and learned from their fighting style. McGregor indicated that “Diaz and the way they’re doing their thing, I start approaching my boxing a little bit like that. Then looking at Anderson how he approaches and taking something from him and learning somethings from Chuck.”

McGregor also mentioned in the same interview that he wanted young fighters to talk about him in the future. Similarly to how he was talking about legends like Anderson Silva, Chuck Liddell, and the Diaz Brothers.

Conor McGregor and Nate Diaz have a bittersweet relationship due to their epic battles in the past. The Notorious has always been respectful towards his brother Nick Diaz. He has always been a big fan of the former Strikeforce welterweight champion and has praised him on numerous occasions. 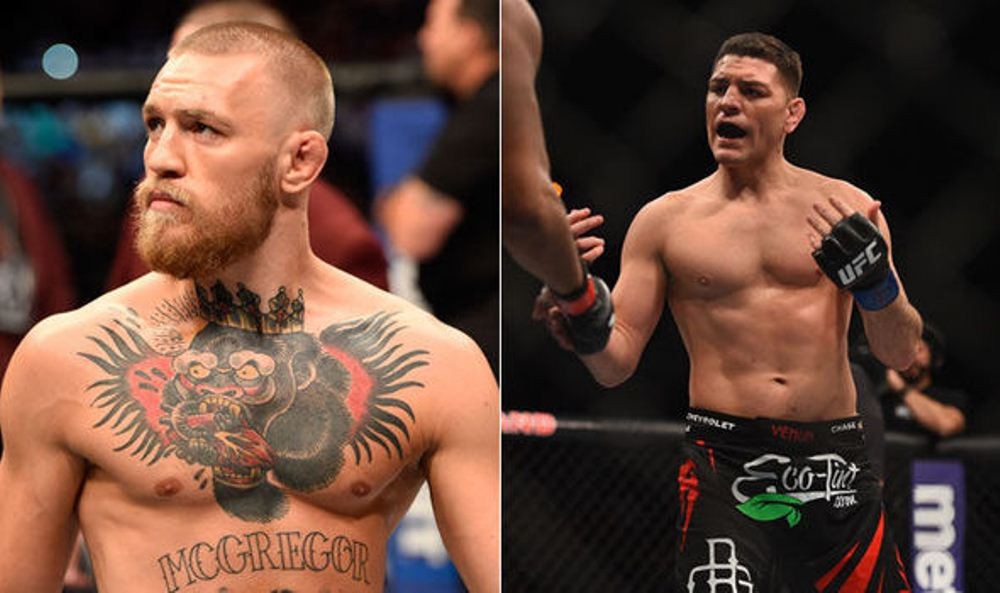 For instance, McGregor expressed in one of his press conferences that “I love Nick Diaz, you cannot be a fight fan and not love Nick Diaz. He comes to fight, he comes with his hands up, he never takes a back step.” Furthermore, the two fighters shared a wholesome moment during a press conference where both expressed their opinion regarding each other’s fighting styles. Nick Diaz praised the Irishman’s style by commenting “I like it” and McGregor acknowledged Nick Diaz’s statement by responding “I like it too.”

The entire compilation video of McGregor and the Diaz brothers praising each other is available below.

It is great to watch Conor McGregor have such immense appreciation towards Nick Diaz as it melts the heart of the fight fans when fighters respect their rivals.

It’s no secret that Conor Mcgregor and Nate Diaz despite their grueling rivalry have always had great respect towards each other. McGregor has stated on numerous occasions that he loves Nate Diaz and his fighting style, even offering him the title opportunity when rumors started floating that Nate Diaz might jump back to the lightweight division.

Excellent fighter! The trilogy will be of epic proportions when it goes down. Nathan, and his fighting styles, are never far from my thoughts throughout my own practices.
When it happens, I’m ready. https://t.co/NDmvOkXLui

Earlier, Nate Diaz had lashed out at Jake Paul after the YouTuber turned professional boxer commented about Conor McGregor’s wife, showing his support to Conor McGregor. While a lot of trash talk might have ensued during their grueling rivalry, both McGregor and Diaz have kept the business of UFC away from the mutual respect that both of them have towards each other.

Also read: How Much Money Did Conor McGregor and Dustin Poirier Make for Their Rematch at UFC 257