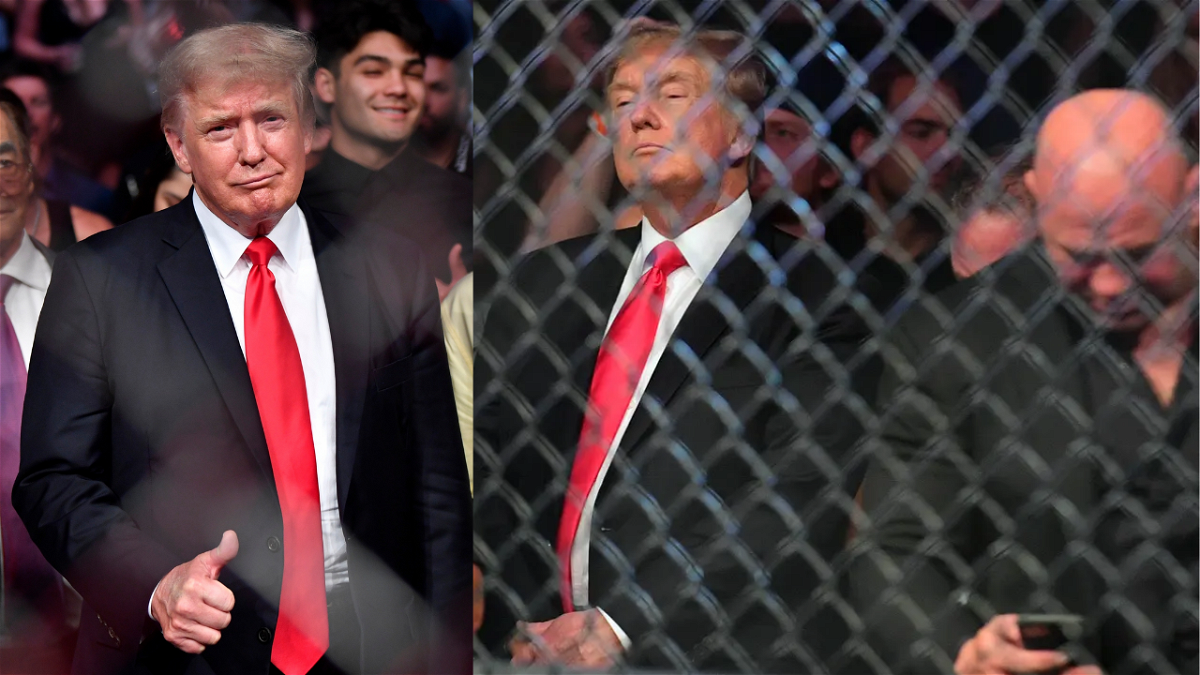 UFC 264 was one of the most anticipated events of the year because Dustin Poirier and Conor McGregor went head to head for the third time. As a result, many celebrities attended the event to witness this epic showdown. Former US President Donald Trump was among the list of celebrities who attended the event.

However, Donald Trump was not shown on Television by the broadcasters during UFC 264. As a consequence, Dana White clears the entire issue and explains what went wrong while speaking to TMZ Sports. “So what happened was we were getting ready to show him right between the co-main and the main event.”

Furthermore, he lashed out at his team for this mistake. “Let me tell you what, massive f*** up by my production team. But you know it’s live TV and these things happen.” In the end, Dana White deeply regrets what happened but he wants everyone to understand that there was no political agenda or conspiracy to not show Donald Trump on television.

Donald Trump is a big Mixed Martial Arts fan and UFC 264 was not the first time that the president has attended a UFC event. The former US president had also attended UFC 244 in 2019 which was headlined by Jorge Masvidal and Nate Diaz. Furthermore, this event featured several superstars like Stephen Thompson, Darren Till, Derrick Lewis, and Kelvin Gastelum

Also Read: “Most Merchandise Sold” – Dana White Talks About all the Records Broken by the Highly Successful UFC 264 Event

As a result, it was the first time that a president had attended a UFC event. Therefore it was exciting to watch how fans would react when Donald Trump would return to watch a UFC event for the second time at the T-Mobile Arena in Las Vegas.

UFC president Dana White shared his experience of watching the president during both the events in a conversation with TMZ Sports. “When he walked into the arena, I’m telling you I experienced it in New York, and then I experienced it in Vegas. There is nothing like it, the entire arena gets up on their feet the whole place stands up and everybody’s got their phones. It’s the craziest thing you will ever witness at a live fight when the president walks in.”

According to Dana White, the President’s visit to the octagon had a positive reaction. Moreover, he believes that Donald Trump will not be concerned about the broadcaster’s mistake because his entire focus was on the Conor McGregor fight.