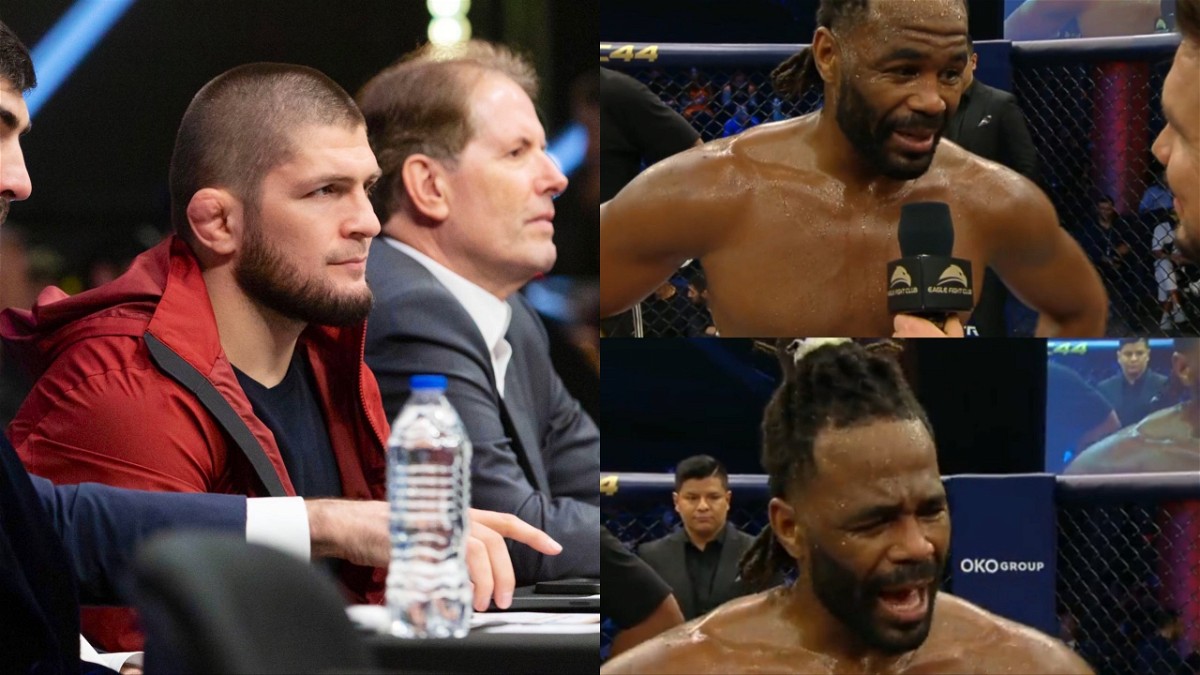 Eagle Fighting Championship (Eagle FC) just held its first event in America earlier today. The event was a success as all the fights took place without any controversy. The mayor of Miami himself put up a video by welcoming the Khabib Nurmagomedov owned promotion to his state.

Thank you so much mayor @FrancisSuarez of Miami for support @EagleFightClub pic.twitter.com/pfBCUq2fWE

The fight was free for all to stream as it stream on the FLXcast app and on the official Eagle FC website. During the event, Khabib Nurmagomedov himself Tweeted out that the event had a massive viewership. Although there are no official words on what the actual number is, going by Khabib’s Tweet, the event seems like a massive success.

In the main event, Sergei Kharitonov defeated Tyrone Spong via 2nd round TKO. The fight came to an end when Kharitonov secured a full mount on Spong and finished him with multiple unanswered punches as Tyrone was trapped underneath.

The Paratrooper drops HAMMERS on Spong and finishes him in round 2! #EagleFC44 pic.twitter.com/4KwK0CO6eS

In the co-main, Rashad Evans won against Gabriel Checco via unanimous decision. Evans implemented his game plan right away as he managed an early takedown. However, Checco had his moments. At one point, he managed to put Evans in a heel hook. But the veteran showed his experience, maintained his composure and smoothly got his leg free.

“Damn, is this really happening?”@SugaRashadEvans had a moment during his comeback fight at #EagleFC44 pic.twitter.com/VpFed0nLYr

Ray Borg had an amazing fight against Cody Gibson which he won via unanimous decision. Both fighters showed an incredible amount of heart in the contest. It was easily the best fight in the main card. Elsewhere, Raimond Magomedaliev, Dylan Salvador and Demarques Jackson won their fights via TKO.

Yorgan De Castro and Loik Radzhabov won their fights via submission as both of them put away their opponents via Guillotine Choke. Other fighters to win via UD (unanimous decision) are Ayadi Majdeddine, Shawn Bunch and Ramazan Kuramagomedov.