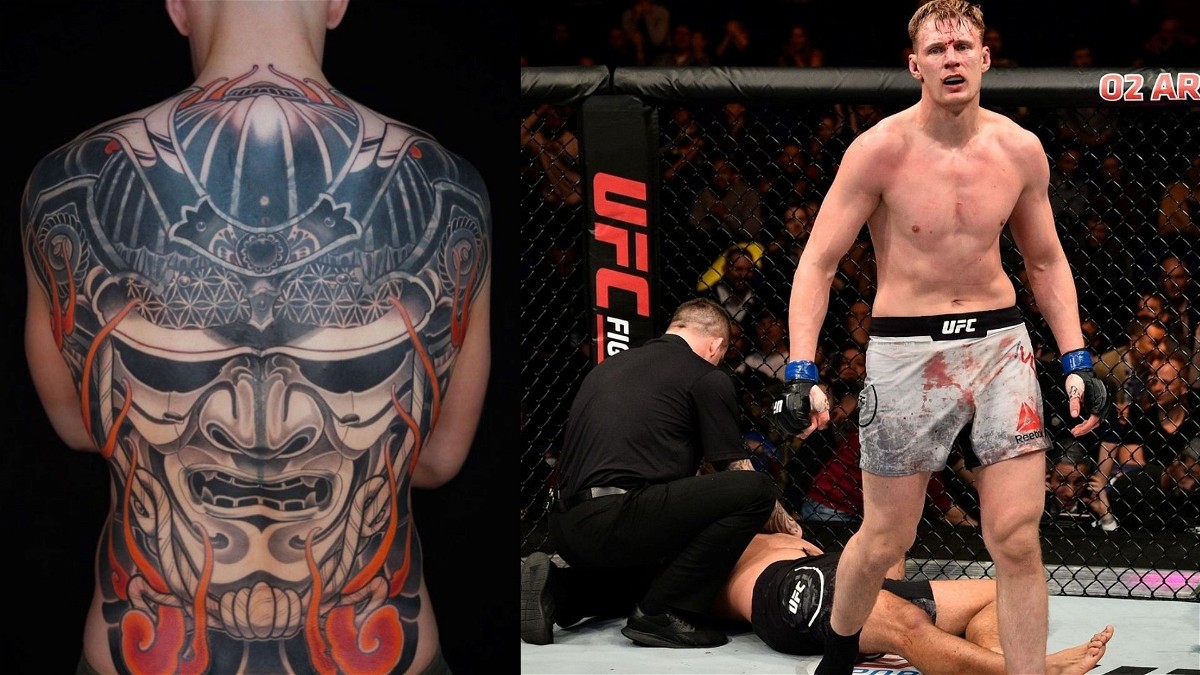 Alexander Volkov is among the best heavyweight fighters in the current UFC roster. Volkov is currently ranked fifth in the Heavyweight Division. He is well known for his expertise in striking and also has tremendous knockout power. As a result, he has finished twenty-five fights in MMA, out of those 25 fights he has knocked out 22 opponents and submitted 3 opponents.

Besides his striking ability, another thing that stands out in Alexander Volkov is his tattoo. Drago got this tattoo following his loss against Curtis Blaydes at UFC apex. The massive tattoo on his back portrays a Samurai Helmet. Moreover, this gigantic tattoo was done by a Moscow-based artist named Maxim Kisitlyn. Volkov’s tattoo artist praised him for having a strong determination to sit through 55 hours to get this back tattoo done.

Alexander Volkov rocked this tattoo first in his fight against Walt Harris at UFC 254. He won this fight via knockout in the second round. Along with his victory, his back tattoo came into the media spotlight. Subsequently, Drago explained how he got his Samurai helmet back tattoo done in his post-fight press conference.

“We did it really quickly because I told the tattoo artist that I need this very quick – one or two weeks. And we did it in two weeks, It was really painful, it was painful.”

Also read: All the Tattoos on Cody Garbrandt and the Meanings Behind Them

Alexander Volkov explains his entire experience regarding his back tattoo 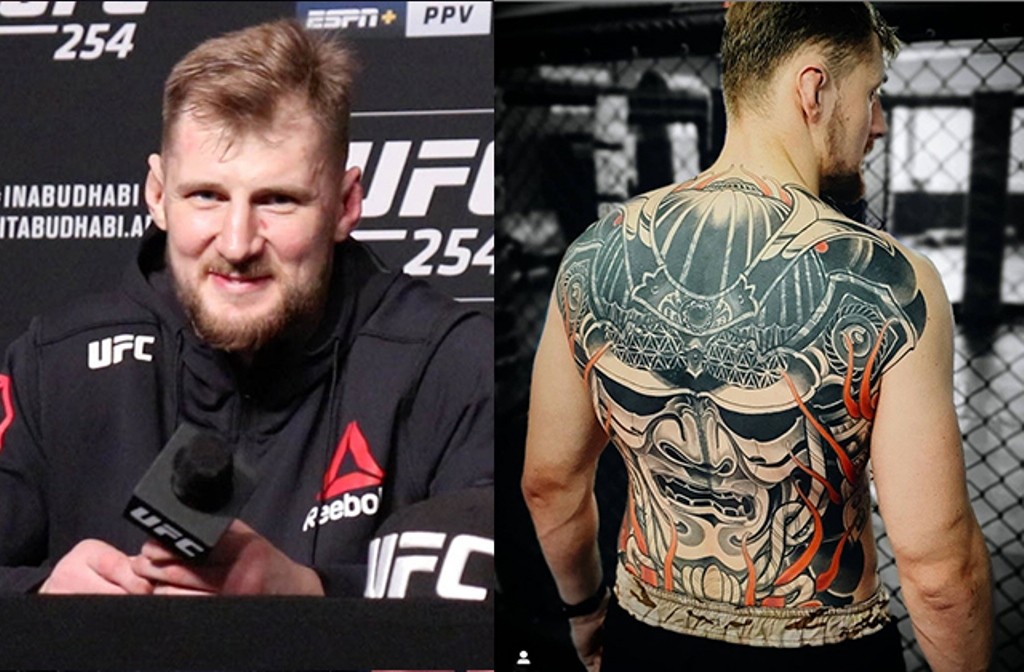 Alexander Volkov’s previous back tattoo depicted a Manta Ray done in Maori style. However, he covered up this back tattoo by getting a Samurai Helmet tattoo design. Drago expressed his feelings during the post-fight press conference at UFC 254  “Every day, he was making a tattoo and it was so painful, First, for five days it was OK because it takes all day. But the next week was really terrible. I was whining and crying, but I wanted to finish this. I wanted to go to my next fight with a full-made tattoo. But it was a really hard challenge in my life. I don’t want to do tattoo more.”  He also believes that his back tattoo is an alter ego of himself.

He also added, “My mind, I don’t like anything that’s not finished,” I like that everything is finished. For me, it’s bad to go to the fights and have a tattoo not done. I just wanted to finish everything and go to the camp. So this says something about me and my mind.” This explains how strong is Alexander Volkov’s mentality. Similarly, his mental strength will once again come to the test when he faces Ciryl Gane who is undefeated in the promotion at UFC fight night. A victory over Ciryl Gane will help him maintain his dominant run in the UFC.

The Russian heavyweight fight previously had a very different tattoo from what he now. Previously, he used have tattoo of a stingray. While body of the tattoo covered the back of his entire shoulders, the tail of the ray covered his spine.

However, now he has a much better tattoo that looks way more colorful than the previous one. The current one also has covered all the traces of hid previous tattoo altogether. Due to his stature, it also suits him really well.

Alexander Volkov will fight Jairzinho Rozenstruik in the main event of UFC Vegas 56. Recently, Volkov has suffered a few unfortunate losses against Tom Aspinall and Ciryl Gane. Hence, winning against Rozenstruik will once again help him rediscover menace he once had on the division.

Also read: All You Need to Know About Israel Adesanya’s Giant Back Tattoo