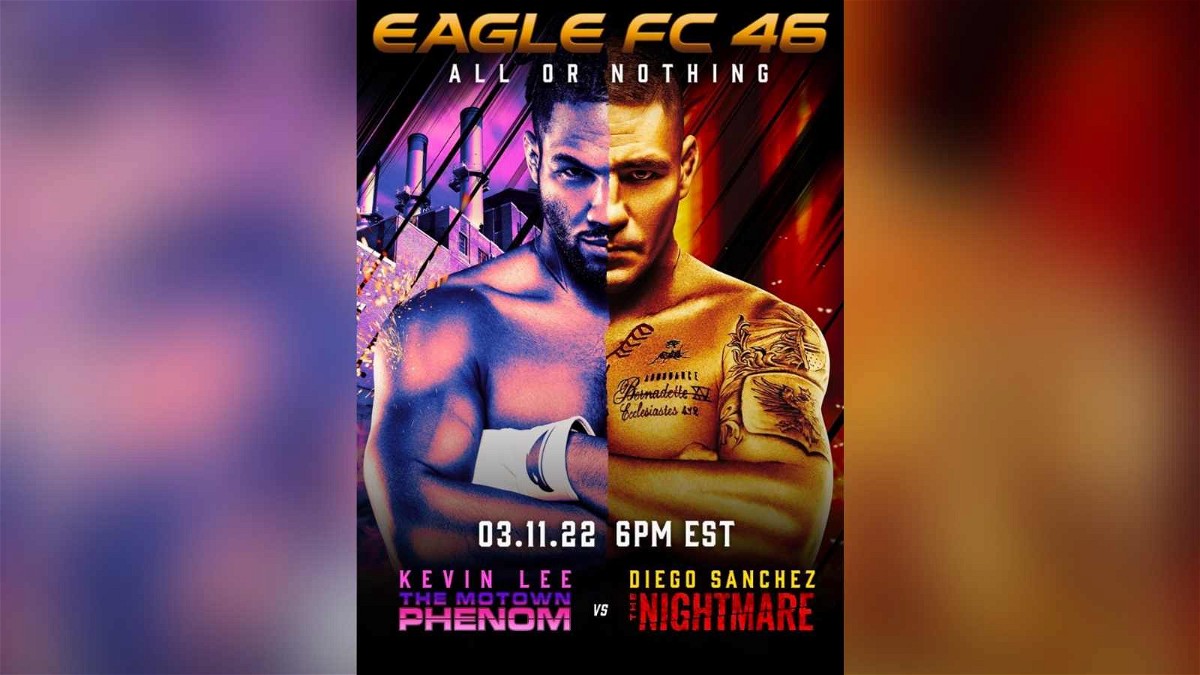 Two former UFC fan favourites will be back in action this weekend. Kevin Lee and Diego Sanchez will face each other at Eagle FC 46. The event will be going live in Miami, Florida. It will mark the second even for the promotion on North American soil. The fight will take place in the Super-Lightweight division of 165lbs.

Both Kevin Lee and Diego Sanchez were let go by the UFC in the last few months. The ‘Motown phenom’ has only 2 wins in his last 7 fights. Sanchez on the other hand has 3 wins in his last 5 fights. But he had a fallout with the company and it led to the ultimate season 1 winner being released from the UFC.

THE MISSION ????@MoTownPhenom and @DiegoSanchezUFC star in ‘The Mission’ ahead of their #EagleFC46 clash this Friday March 11! #EagleFC46: Lee vs. Sanchez | March 11 at 6P ET on @EagleOnFLX | Sign up to watch LIVE and FREE at https://t.co/QslxaipV9R pic.twitter.com/yWbAPwCXth

Despite their records, both fighters have had their fair share of conflicts with their former employer regarding the pay. In a recent interview, Kevin Lee spoke on the amount of money he will be making in the Eagle FC.

Kevin Lee: “I will make more money than UFC champions”

The issue of fighter pay has been very prevalent in recent times. The heavyweight champion Francis Ngannou made only a flat fee of $600,000 for his first title defence against Ciryl Gane in January. It sparked a lot of controversy in the MMA community.

During the interview, Kevin Lee stated that he will be really motivated to continue his career in the Khabib Nurmagomedov owned promotion. He insisted that a lot unknown of Russian fighters are more dangerous than some of the UFC fighters. Talking about his pay, Lee said,

“People lose their life doing this type of sh*t, so the competitor in me is still up there and still driving. I’m making a bunch of money, though. That’s the part I’m not upset about. My contract will make more than most UFC champions see, so that part is kind of nice. But the competitor in me still thinks it’s the same game. … I’m going to make more than UFC champions in my first fight, so we’re having fun.”

UFC has handed out big money contracts to the likes of Jorge Masvidal and Israel Adesanya recently. However, an average UFC champion reportedly makes from $200,000 to $700,000 for their title fights.

Lee’s opponent Diego Sanchez also had disparaging things to say about the UFC and their unwillingness to pay fighters. However, he did not have anything bad to say about Eagle FC. Sanchez said although BKFC had a better offer, he chose Eagle FC because they wanted to give him the treatment he deserves.

Although there isn’t any official news on the amount of money they’ll make for the event this weekend, the recent interviews indicate that they will make more money than what they have in the UFC previously.