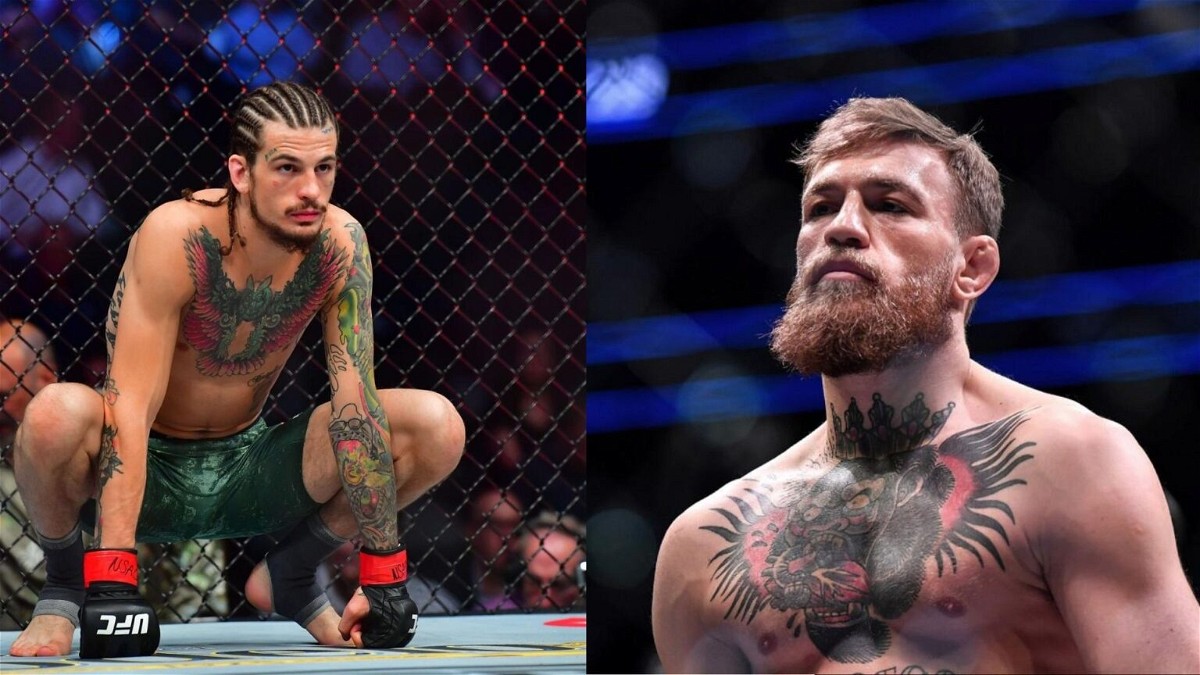 Sean O’Malley is one of the brightest prospects in the Bantamweight division of the UFC. As a result, there is always a comparison between O’Malley and Conor McGregor. This is because both the fighters had started their career in this weight class and put the world on notice with their impressive knockout wins during their initial stages of the career.

Furthermore, McGregor and Sean O’Malley have increasingly identical fighting styles and approach outside the octagon. Therefore people always claim that Suga Show is just trying to copy The Notorious and will not replicate the same amount of success as McGregor when he goes on to face tougher opponents in the future.

Ahead of his fight against Kris Moutinho at UFC, Sean O’Malley responded to those claims while speaking to The Schmo in the latest UFC 264 Embedded: Vlog Series.

I think it’s a passing of the torch. A lot of people be like You try to copy Conor, and stuff is just so f******g stupid. But I have learned. I remember after that David Nuzzo knockout, I remember I messaged him on Twitter that night. Like I learned that from you. I was like 21 years old and he never messaged me back, but Yeah, I have learned a lot from him.

Also Read: “You Gotta Go With Conor McGregor” – Sean O’Malley Puts the “Notorious” on Top of His List of Must-Watch Fighters

Sean O’Malley has mentioned in several interviews that he is highly inspired by Conor McGregor. Similarly, one cannot help but notice that O’Malley has tried to copy  McGregor’s moves in the octagon. Not only his moves but he has copied the Irishman’s outfits during media appearances.

However, Sean O’Malley has disregarded these claims and believes that he is not a replica of The Irishman and he has taken bits and pieces from Conor McGregor’s fighting style. Meanwhile, Suga Show has also agreed that he is inspired by Conor McGregor’s demeanor and how he handles pressure. He mentioned in an interview that it is smart to learn from someone as successful as The Notorious.

There is no doubt that Suga Show is a big fan of Conor McGregor as he has mentioned previously that he enjoys watching The Notorious fight in the octagon. But in the end, he wants to create his legacy and establish his authority in the promotion.

Therefore he will try to impress the world by showing a remarkable performance against Kris Moutinho at UFC 264. Furthermore, he will try to knock him out and continue his outstanding record of finishing opponents in the company.