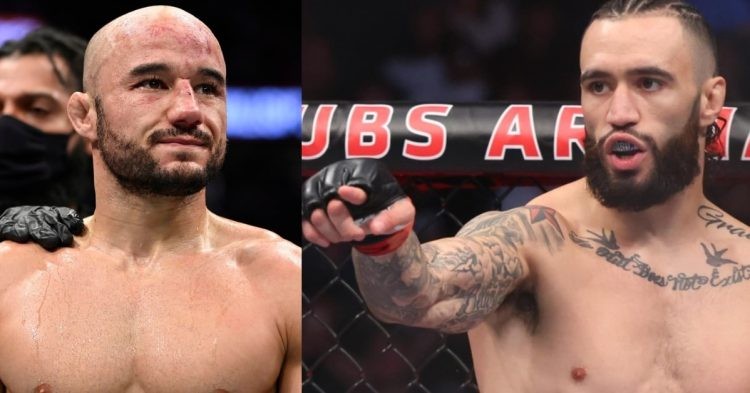 Marlon Moraes is set to come out of his brief retirement as he has signed a multi-fight deal with the PFL. The former UFC bantamweight title contender last fought against Song Yadong on March 12th of 2022. Following a brutal knockout loss to the Chinese fighter, Moraes decided to retire as he left his gloves inside the Octagon.

The decision to retire was not a shocker as he had lost 5 of his last 6 fights. On top of that, he was on a 4-fight losing streak and all of those losses came via KO/TKO. It looked like Moraes had lost the ability to absorb hard punches. Hence, the decision to retire was welcomed by the fans wholeheartedly. But that retirement did not last long as he has recently joined PFL.

Marlon Moraes (@MMARLONMORAES) has officially decided to a return with the PFL … and in addition to that, PFL is setting up a fight between he and Shane Burgos (@HurricaneShaneB) on its tournament finals card later this year, per sources. https://t.co/GvDnoPLBod

However, it may not have been the best decision as he is set to fight a hard challenge straight out of the gate! According to a report from ESPN journalist Brett Okamoto, Marlon is set to fight Shane Burgos in November this year. Burgos is coming off a great win against Charles Jourdain recently. He is one of the most entertaining fighters to watch, even UFC president Dana White regretted losing him.

But one thing that has to be mentioned, the fight is not official yet. Although both parties have agreed verbally, the paperwork is yet to be signed.

The report stated that the potential fight between Marlon Moraes and Shane Burgos will take place at featherweight. The 34-year-old Brazilian fighter made his pro-MMA debut in the featherweight division. However, it did not go so well for him. The first 11 fights of his career came at 145lbs and he had a record of 6-4-1 in the division.

He had a much better time at 135lbs and became a title contender. Moraes last fought at featherweight in 2011. So a move to the division almost 11 years later reeks of desperation. But fighting Shane Burgons in his very first fight may not be the wisest decision. Moraes stands at 1.68 m while Burgos is 1.8 m tall. Straight away, it put him in a disadvantageous position.

Due to his short height, Moraes will have to look to close the distance in order to land strikes. It just so happens that Burgos is a great counter-puncher. At this stage of his career, the fight seems almost unwinnable. When he signed with PFL, Moraes may have been hoping for some lesser-quality opponents, but the fight against Shane is far from that and fans agree!

Coming out of retirement off of 4 straight bad KO Losses to fight… shane Burgos? I’m sure this will end well.

Damn they really got Marlon coming out of retirement off of 4 straight KO defeats to fight Shane Burgos one of the P4P hardest hitters in the sport.

So instead of having two potential former ufc stars they make them fight each other!? pic.twitter.com/PwEAPoDkOb

@Shaqkeem1 this is criminal😂 man was getting knocked out by bantamweights so they match him up with an similar ranked featherweight.

What are your thoughts on the potential match-up? Do you think Marlon Moraes has a chance? Or Shane Burgos will steamroll Moraes? Let us know in the comments down below.