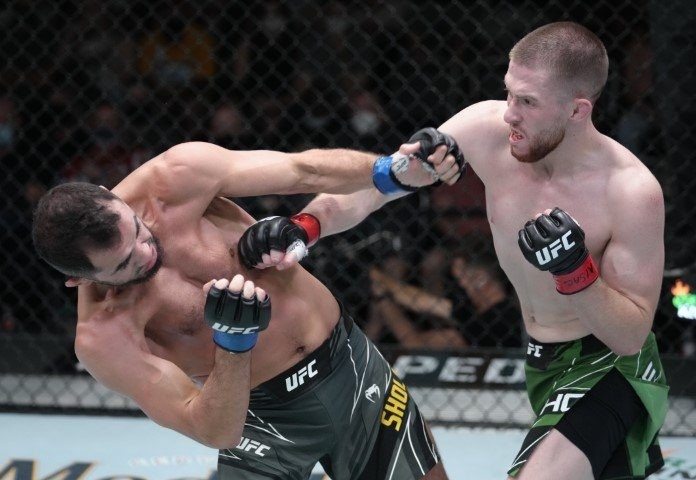 Jack Shore went head to head against Liudvik Sholinian in the undercard of UFC Fight Night: Brunson vs Till. This fight was contested for three rounds in the bantamweight division. Speaking about this fight, the Welsh fighter continued his dominant run in the promotion by getting a unanimous decision win over Sholinian.

Heading into this contest, Tank received high praise from the commentators as Michael Bisping compared him to Georges St. Pierre. The Count complimented Jack’s grappling skills and indicated that the two fighters possess similar fighting styles. Consequently, Jack Shore displayed his class by dominating the contest for the entirety of the three rounds.

The Tank landed the jab constantly throughout the fight and dealt significant damage to his opponent. He was so dominant that he did not allow Sholinian to land a single significant strike in the first fight. In addition to that, he controlled Liudvik on the ground for four minutes and showed the fans his exceptional grappling skills.

With this win, Jack Shore is currently undefeated in mixed martial arts with 15 wins to his name. Moving forward let’s take a look at the comments of the Welsh fighter in his post-fight interview with former middleweight champion Michael Bisping.

Jack Shore was unstoppable as he decimated Liudvik Sholinian throughout the three rounds to maintain his undefeated streak in the promotion. With this exceptional performance, Tank will probably make his way into the top 15 of the stacked bantamweight division. 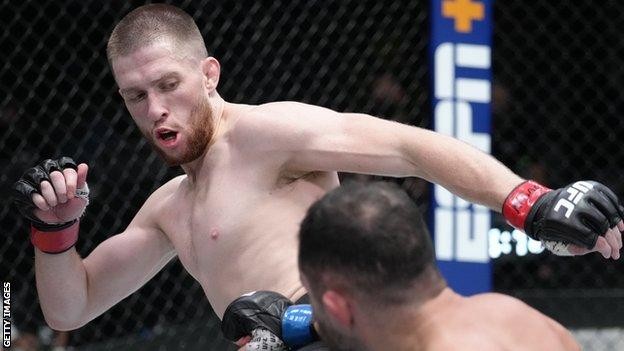 In the post-match interview, Bisping asked the Welsh fighter whether he has an opponent in the top 15 in his mind that he would like to call out for his next fight. Jack stated that he is ready to fight anyone from the 15th to the 10th ranked bantamweight fighter. Therefore it would be interesting to watch who the UFC pits him against in the next fight.

After improving to 4-0 in the @UFC, @JackShoreMMA believes he deserves a shot at the bantamweight top 15 ????⬆️

All #UFCVegas36 Results and Highlights ⬇️:

Beautiful performance by Jack Shore against a game opponent ???????? #UFCVegas36

Utterly dominant again from Jack Shore. Love watching this lad go about his business, so methodical. Jab looked much improved tonight. No harm in going the distance at all, it will stand to him when he reaches the higher echelons of the division. Fair play to Shakey and Co.